Why would a warp drive move you at all?

In my understanding of how a warp drive would function... Space in front of you would contract as space behind you expands. The bubble inside would remain unchanged meaning the spacecraft doesn't actually travel through local space. Same as the space outside of the bubble.

Doesn't that mean that when the drive turns off, space simply "unwarps" and you're right back where you started?

This is a very popular image supposed to represent this expansion and contraction: 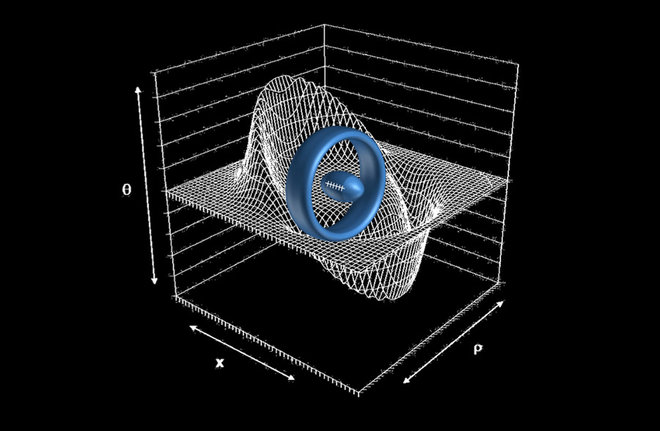 But just because you made some cool stretches in space, why would that PERMANENTLY move you at all?

What would really help would be an animation. A static picture doesnt really help represent how space changed when the drive is turned on or off.

The essence of the GR (General Relativity) that it describes things in 3 space and 1 time dimensions. This 4 dimensional spacetime is curved.

Thus, for example, this image is false in the sense, that not only the 3 space dimensions are curved, but the 4 dimensional "grid" is curved.

Things are moving essentially with $c$, mainly into the time direction.

If this movement happens in the curved grid, the result will be that movement into the time direction will be partially converted to movement in the space. This is what also gravity does.

Warp drives, if they would exist (note: there are strong suspections, that they won't ever), they would do the same. 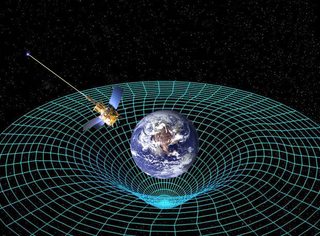 This is a good question that I believe can often be difficult to conceptualize. I would like to start out with that firstly, the physics stack exchange can likely do a better job than I can explaining this. I have no formal background in physics but I believe I have an understanding of the way this works.

So to start with, as you likely know, space can contract and expand. Currently, the universe is expanding universally which many have attributed to "dark energy" which to my understanding is a fancy term for we're not quite sure what's going on. That may not be entirely relevant but it is part of why we may think such a drive may be possible. The point of this drive is that it expands space behind it and compresses space in front of it. This generates a push force from behind and a pull force from in front. But the one thing to note here is that this force occurs on the space-time "bubble" around the ship. Anytime a force acts on an object, it is the result of a stretching of space-time in the respective field. A good example of this is if an object is being pulled by a black hole. The black hole compresses space-time in a spherical direction around it causing all objects to change from their straight line trajectories past the black hole since mass has a tendency to move towards this compression.

So the thing to note here is that there is a bubble inside of "flat" space-time, which just means the inside is normal space-time. If you were to be inside of this, you would notice no difference between that and the normal world. From the point of an observer inside, they have no force acting on them and thus no acceleration. However, the movement occurs from the tendency of space-time and its systems to equilibriate.

I hope this is helpful.

The two embedding diagrams show you the first half of the answer: the ship is always in an inertial frame, i.e. in free fall, but the local curvature of spacetime means that it’s “falling” relative to the distant frame of the Universe.

This is basically like the way a body at rest near the Earth or a star will “fall” in a particular direction. The drive (somehow) warps space in front and behind to provide the curvature needed to make the ship fall in the desired direction. Still in free-fall, no acceleration felt, but moving.

There are still two more parts need to make a true FTL drive, though.

First, the drive has to maintain the warped space in front and behind even as the ship moves. That’s done via the same “somehow” that originally created the warped space.

Second, how is this faster than light? Falling objects around the Sun move fast, but not nearly that fast.

This is where the “time” part of spacetime comes in. Consider an object falling into a black hole. An observer outside sees the object moving slower and slower as it falls in. This is because of how space and time stretch between the observer and the object. But the object itself sees itself moving faster and faster, but below the speed of light, toward whatever is at the center of the whole.

The detailed math is fierce, and I don’t understand what the warped part of the space would be like. Perhaps it’s not traversable, which mean you can’t see though it. But the overall structure is flat (I.e. normal) away from the ship and tilted-flat at the ship (to cause the large acceleration, but without any curvature that would cause large tidal forces).

Not the answer you're looking for? Browse other questions tagged alcubierre-drive or ask your own question.

32
Is warp drive a legitimate avenue of scientific investigation?
13
Alcubierre “warp” drive and gravitation/orbital considerations
12
If we can make an Alcubierre drive, how fast can it move a ship?