How much does a current F9 fairing-half weigh?

Question: How much does a current F9 fairing-half weigh?

Is this resting on something, or is it really floating this high in the water? 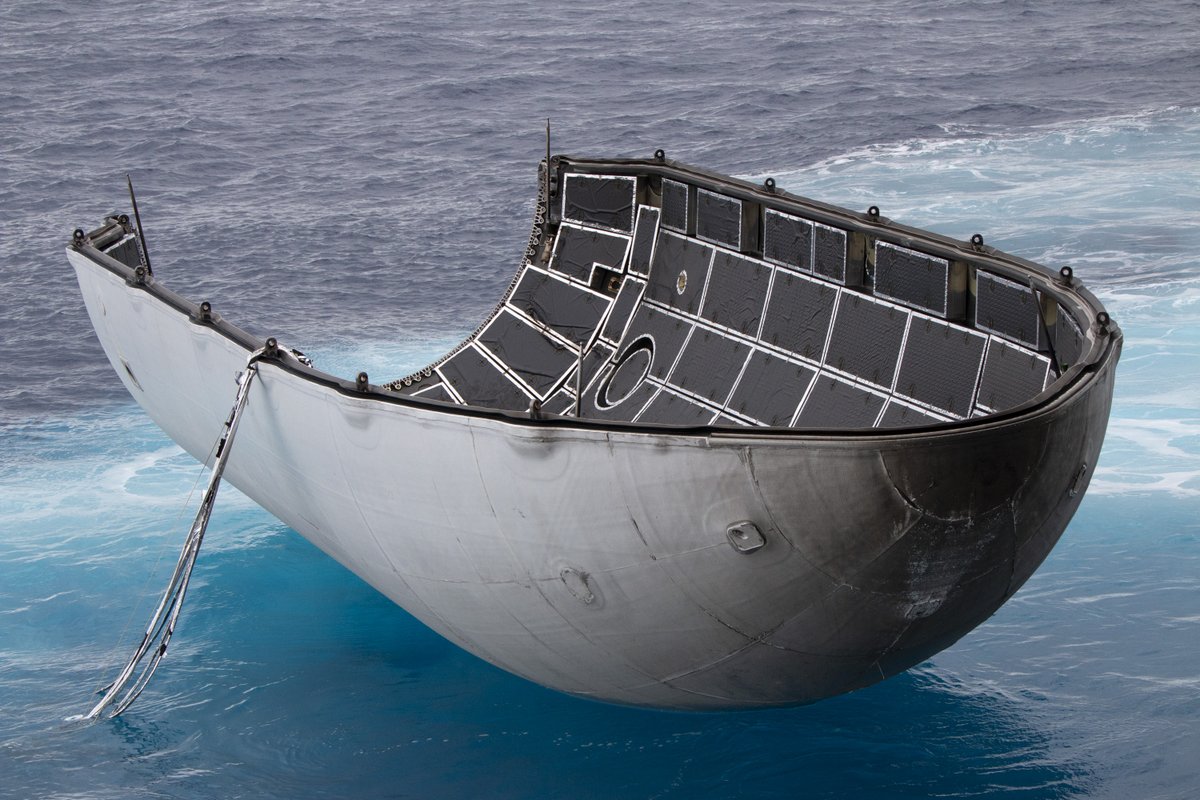 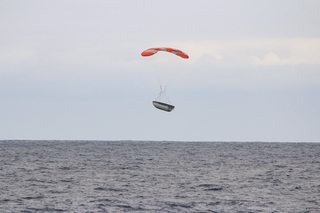 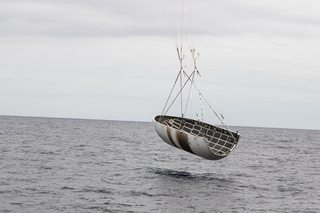 While we wait for an authoritative answer, I'm going to guesstimate here, and answer your second question in the process.

"Is this resting on something, or is it really floating this high in the water?" I'm going to assume you are refering to the first picture here, it is pretty clear that it is suspended from something in the other two.

If we look closely at it we see the welding ridges in the fairing. I'm going to focus in the divide between the cilindrical and ellipsoid parts of the fairing (marked purple) and one of the vertical lines in the ellipsoid (marked blue). Those two seem to cross at a point roughly on the waterline (red circle), so we're taking that as a starting point. 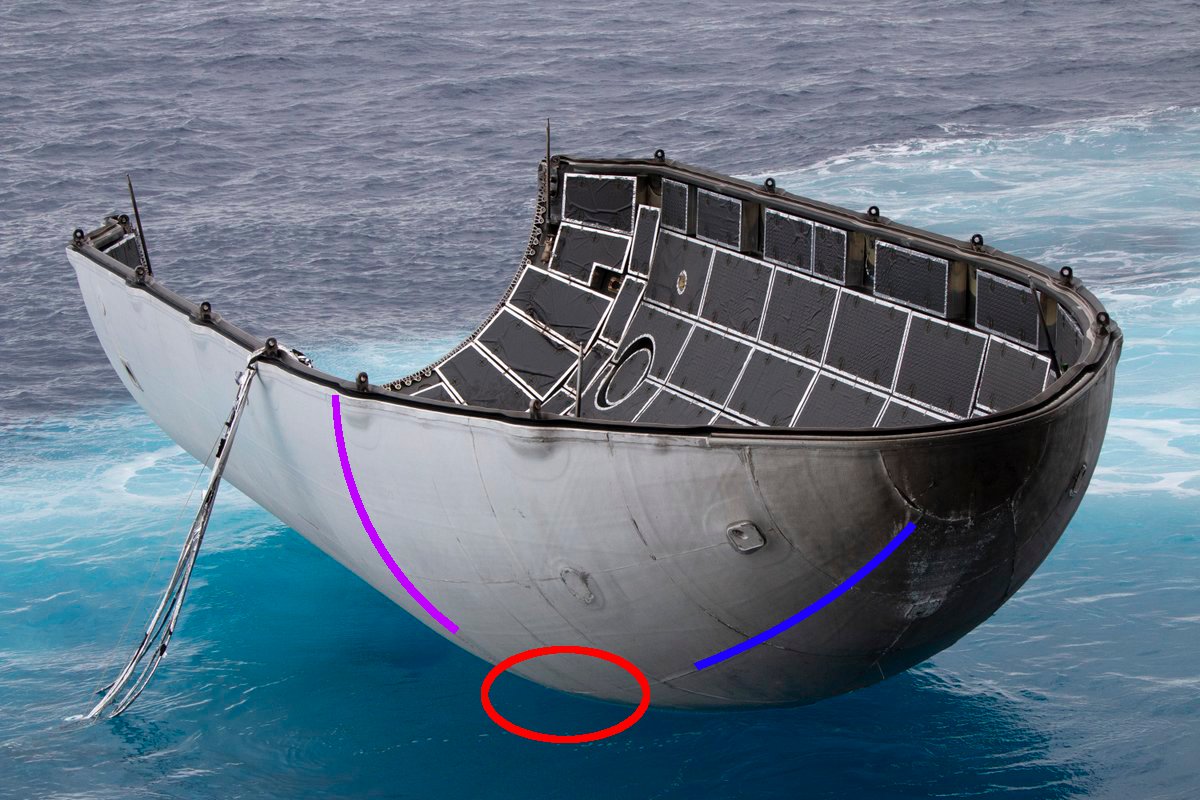 The blue welding mark is one of two dividing the fairing in three equal parts, which gives us that the submerged part accounts for about 60º of the circle.

From the Falcon 9 User´s guide (pg 36) we know that the fairing is 2.6m in radius, so we can calculate the Area of the Circular Segment defined by the submerged area is 0.62 sqm .

From the aforementioned user's guide we also get that the cylindrical part is 6.7 m high, so multiplying both values we get that the submerged part is 4.1 cubic meters in volume.

Knowing that the density of water is 1Kg/l (ignore 2~3% saltwater here), we can guesstimate that the cylindrical part alone could have a lifting power of over 4000 Kg .

The ellipsoid part is trickier to estimate, but it is certainly going to be far less than that. Also, because of the prow's weight, the fairing is most probably raised on the back, so the lifing power of the cylinder will be a bit less than estimated.

Add to that that we don't know how many water there is on the bottom, we can conclude that we have no idea how much it weights, but considering that 1~2 Tons have been floatd around, we can at least say that it is indeed floating LOW in the water.

Perspective and unlucky placement of shadows trick your eye here.

5
Could a fairing vacuum protect the payload from acoustic loads?

6
Do each of the fairing halves now use thrusters post-deployment? How does that work?
7
How does SpaceX decide which half of the Falcon 9 fairing to catch?
4
How far apart do both SpaceX half fairings splash down?
4
Is half of a SpaceX fairing a viable lifting body?