Could a Soyuz land in water?

While watching Soyuz exp. 37/1 land, I was struck with a thought: that capsule looks an awful lot like a submarine. 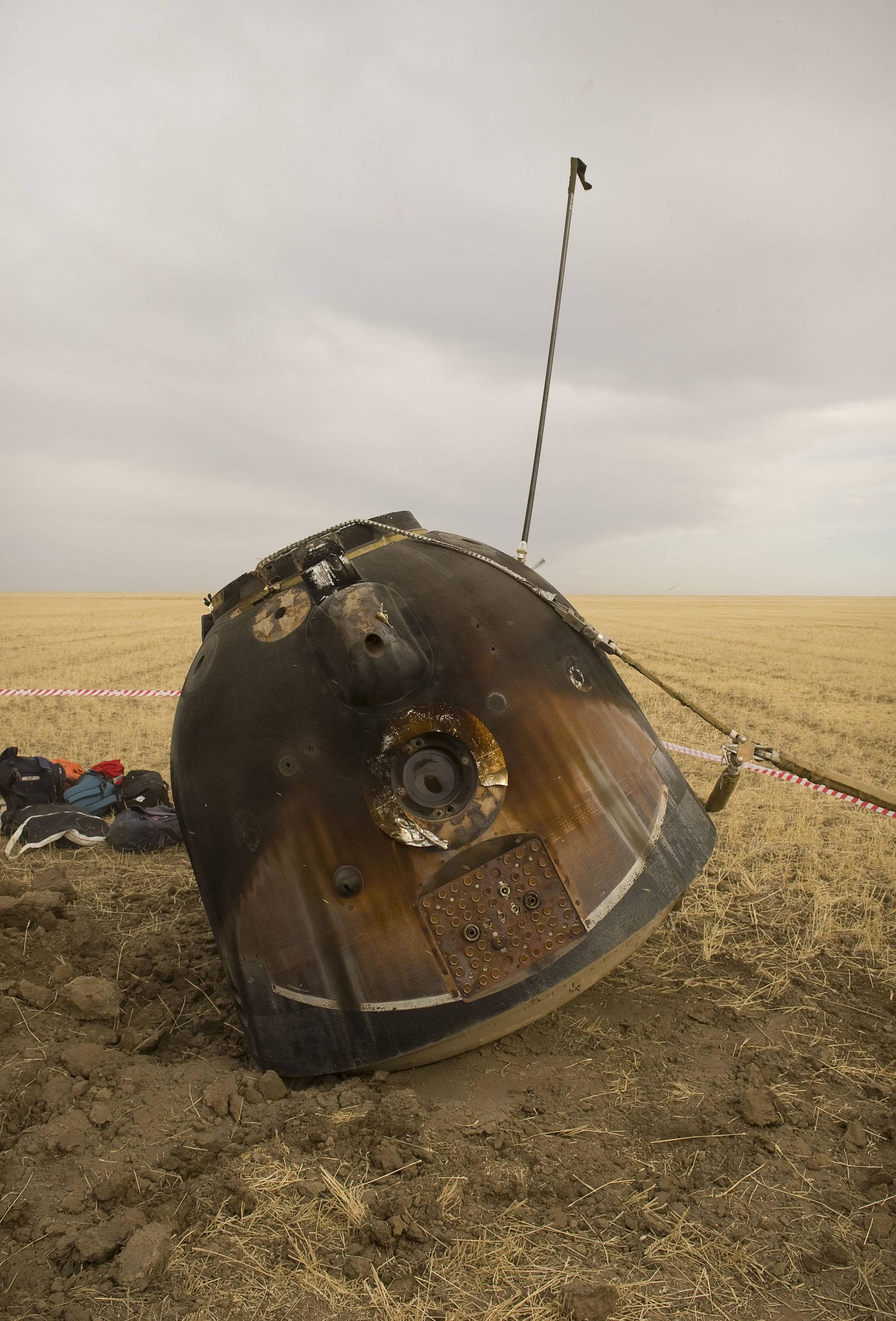 This seems to be a problem if the crew ever needed to make an emergency landing onto water - water is generally softer than permafrost for emergency landings. But submarines tend to sink, after all.

What would happen if a Soyuz landed in water?

Soyuz was designed and tested for water landing capability (the unfortunate lake landing notwithstanding): 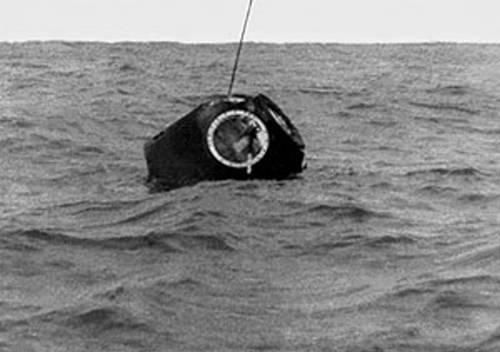 The photograph is attributed to Zond 5 unmanned mission within the lunar L1-Zond effort: http://en.wikipedia.org/wiki/Soyuz_7K-L1

Some additional curious bits of info on Zond 5: there were some life turtles riding this probe around the moon and back. All survived, despite reentry at near escape velocity. Also, the weather at the recovery site was rather bad and there was an US military vessel nearby trying to take a look at what's going on and possibly snatch the probe. Despite this, the recovery vessel "Borovichi" was able to locate and recover the probe in just 10 hours overnight.

There also existed a special water landing facility at Feodosia to develop this capability. 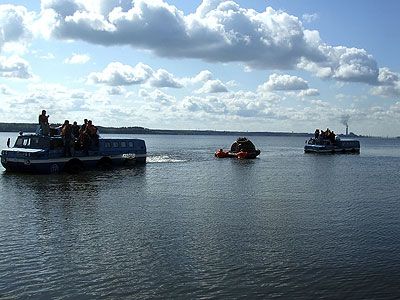 In fact, the Soyuz is designed to make an emergency water landing, and has done so once by accident, when Soyuz 23 landed by accident on a frozen lake. The landing didn't go particularly well, the parachute filled with water and caused the escape hatch to be covered in water. A complete account can be found here, but let's just say the experience was less than pleasant.

Almost certainly it would sink. Not that that would be a problem depending on how long it took to recover it. One early mission, Soyuz 23, did land in a lake and it took until the next day to recover the craft and extract the crew.

The US Apollo capsules (similar in size) would have sunk. They had 3 floatation bags that inflated on splashdown so it would stay upright and afloat until the recovery craft could arrive. (Wikipedia)

Russia doesn't have the convienent access to oceans for recovery that the US has. And probably in the early days, the Soviets perfered the security of landing the capsules in their interior where they could control the news of the outcome (which wasn't always positive -- Soyuz 1 & 11, for example).

Not the answer you're looking for? Browse other questions tagged water landing soyuz-spacecraft or ask your own question.

24
Do spacecraft have similar structural integrity requirements as submarines?
7
Does building a vessel to work in vacuum also make it watertight?
10
How close to a building has a Soyuz landed?

11
Why will the Orion system land on water, while the Soyuz lands on land?
10
Could SpaceX start testing to return the Falcon 9 first stage to land instead of water?
19
Why do Soyuz landings seem to be overshot?
11
Flashing lights on soyuz underside?
5
Could the Orion or Apollo command module safely land on land in an emergency due to a navigation error?
21
Did the soft-landing rockets malfunction in the Soyuz (expedition 50 crew) landing?
2
Could astronauts wear EVA suits in the Soyuz?
4
Landing shock of Soyuz spacecraft?
5
Does deploying the parachute dehermetize Soyuz?
2
Why are these Soyuz Astronauts/Cosmonauts wearing sun glasses and a blanket after landing?