In watching the SpaceX SES-12 launch last night, I noticed what looked like the fairing of the rocket glowing a bit a while after launch. This was most obvious in the SpaceX video SES-12 Mission about T+01:30 to T+01:50. My first thought was this likely was just a reflection off the bottom of the fairing of the bright rocket exhaust during the night launch, but it seemed more steady and all the way around the fairing's circumference than what I would have anticipated just from reflected exhaust glow.

So, my question is whether this perceived glow was actually aerodynamic heating of the fairing (and not reflected light), and if so, what typical maximum temperature does the fairing achieve during launch? 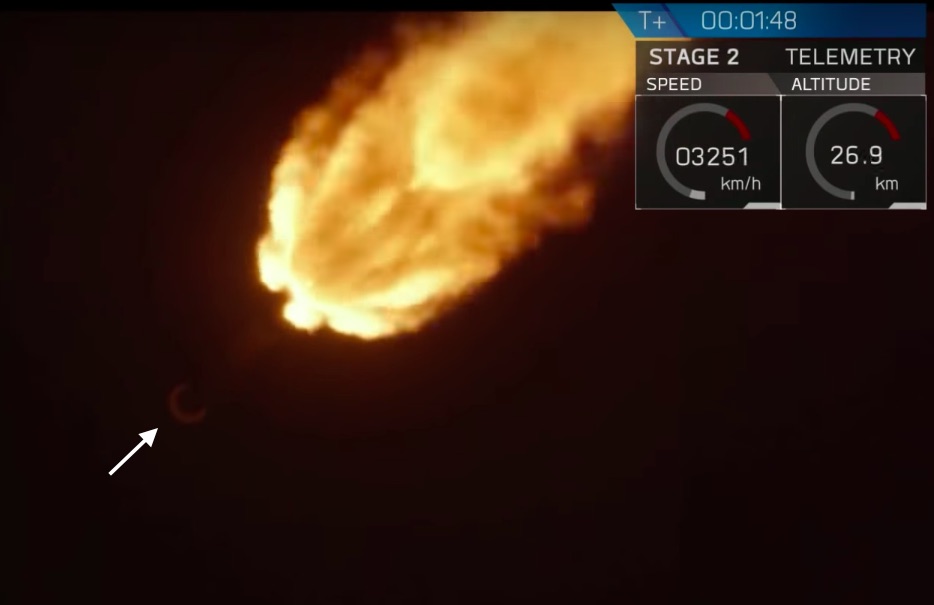 Most probably it is only a reflection from engine flames. Why it cannot be because of heat. The reason behind that is that the part glowing in the picture is the place that has the least aerodynamic interaction. In this video, you can see that the part of the fairing you're asking about is exposed to least aerodynamic pressure. As we can see, it would not heat enough to glow, it just a reflection of engine flames.

There’s some information available about heating later in the flight.

First, an answer to another question provides evidence that fairings are released when the heating drops to 1135W/m2.

There’s also visual evidence at about 3:38 into the SES-12 flight. Just after the fairing separates, it’s visible on the webcast in an IR view: 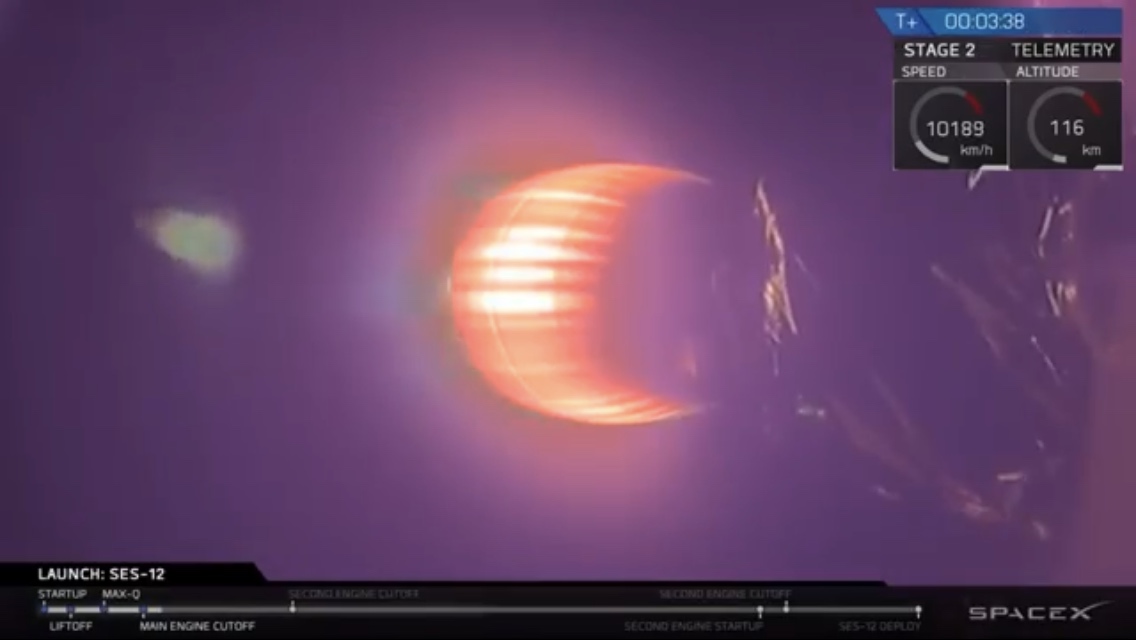 That blob in the mid left is the fairing. From the color, it’s significantly higher temperature that the engine parts on the right: it’s been heated.

Not the answer you're looking for? Browse other questions tagged spacex launch heat or ask your own question.

27
Are heat shields just as necessary on launch as re-entry?
16
How strong and "hot" is the wind on the payload after the fairing is deployed at ~110km?

3
Is the LC-40 SpaceX Transport/Erector updated for Falcon Heavy already?
9
What purpose do these red "horns" on the Soyuz 2-1B payload fairing serve?
18
What was the distant bright light in the SpaceX webcast of Orbcomm OG2 deployment?
9
Why would a significant non-zero angle of attack be an advantage during 1st stage burn?
2
What is producing these strange lights around the Falcon 9 grid fins (Starlink launch)?
5
Software to view flight path of rockets
1
What is the semicircular puff coming from the Falcon 9 first stage in this picture?