Red color in the nozzles of Soyuz-2 rocket engines RD-107 and RD-108, is it only a decoration?

Many pictures of the Soyuz-2 show the inside of the nozzles painted with a brilliant red. Is there any function of the paint during ignition and operation of the rocket engines, or is it just a traditional decoration? The paint will burn away very quickly.

They aren't painted red. If you zoom in on the picture, you'll see that the red parts are actually protective inserts clipped onto the nozzles to keep debris out of them during transport. 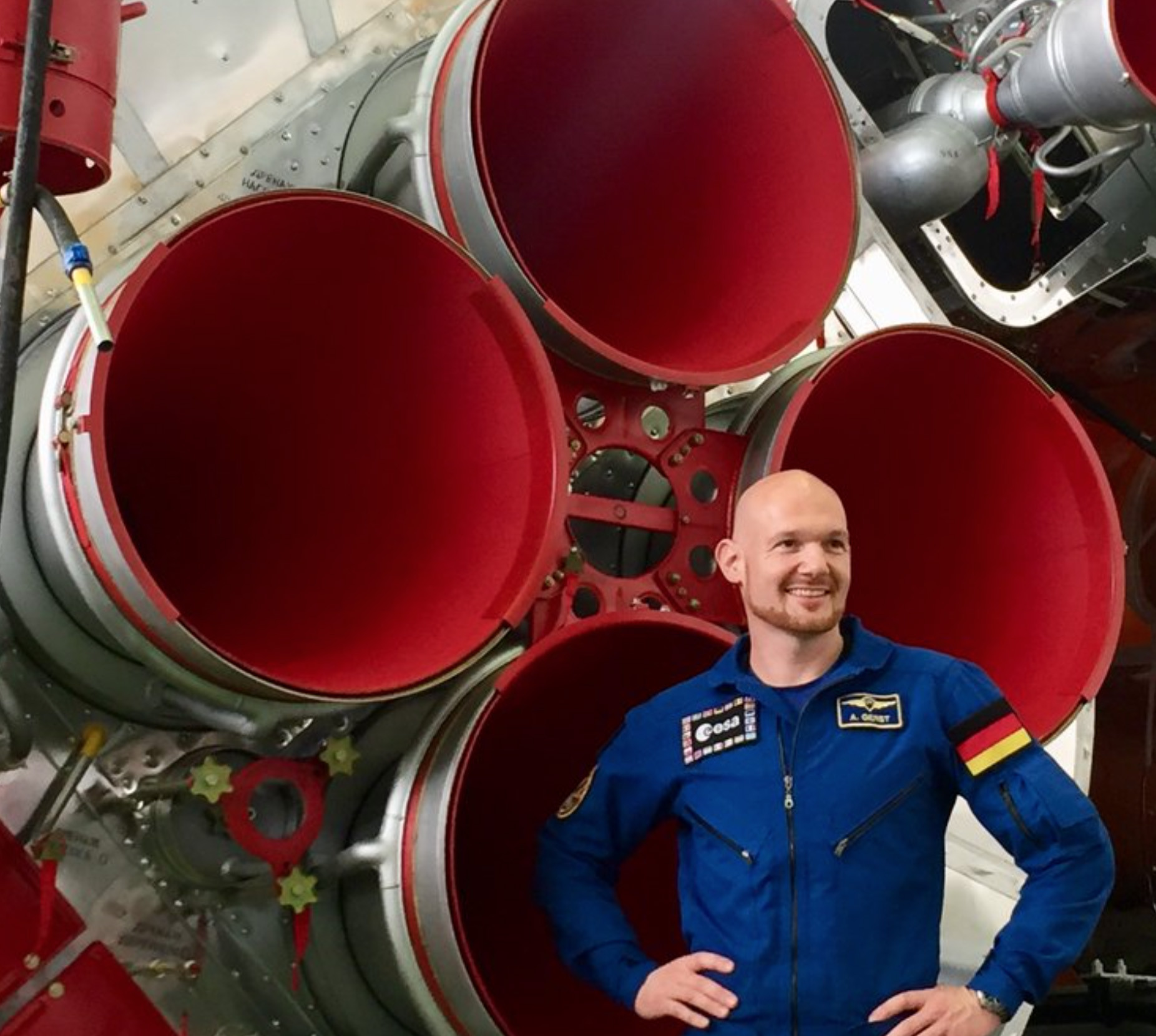 It's a widespread aerospace-industry convention to make such "remove before flight" items bright red so it's obvious if you've left one on.

Apparently the covers stay in place until very late in the launch process. In a description of the lead-up to a Soyuz launch, "Soyuz: A Universal Spacecraft" says:

The crew start the onboard tape recorder at T-15 min[utes], and ensure that their safety harnesses are tightened as the automated flight sequencer takes over. Combustion chamber covers on the first and second stages are blown off with nitrogen, while topping off of the liquid oxygen tanks is completed...

Here they're referring to the boosters and core as first and second stages.

Not the answer you're looking for? Browse other questions tagged nozzle soyuz-launcher engines or ask your own question.

5
Is there a good chart, comparing the various Russian engines proposed for Soyuz (Booster) upgrades?
23
Why does the Soyuz Rocket system fire the third stage while stage two is still attached?
17
Why the non-symmetric design of rocket nozzles?
14
Why are Soyuz rockets painted with different colors?
4
Ribbed rocket nozzles
16
Were the Space Shuttle's Main Engines ever off while the Solid Rocket Boosters were firing?
12
How are rocket nozzles made?
2
What is intermediate thrust and brief pause for checkout on launching Soyuz spacecraft?
3
Are there any rocket engines in current or former use that aren’t normally restarted in flight, but have the capability for an emergency restart?