How to use this Google Mars viewer to find this Martian landslide event?

This NASA/University of Arizona HiRise tweet shows this interesting image of a meteor impact crater that triggered a landslide (or maybe a "dust-slide") on Mars.

At the bottom of the linked page is a google viewer for visible, infrared, and topography maps of Mars.

I can't yet see this crater and dust-slide in this viewer, and I don't see any controls for entering a the Mars coordinates or knowing the current magnification or scale of the view shown.

It shows a red box, so I'm wondering if that's the event and if the map viewer will not zoom in sufficiently?

Can this Google viewer be used to find this crater? If so, how? If not, is there another viewer that can zoom in sufficiently to see it, yet zoom out to see a larger view of the area? 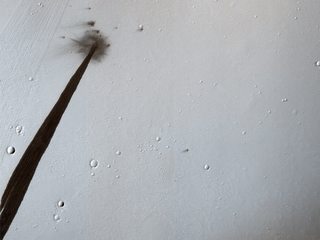 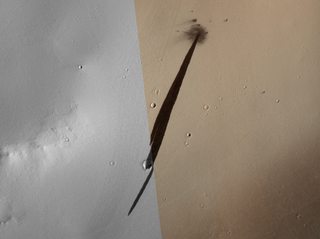 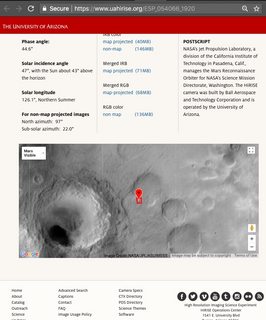 Q: It shows a red box, so I'm wondering if that's the event

The HiRise page gives some information about the image:

If you use https://marstrek.jpl.nasa.gov viewer and then use the upper right corner airplane icon to go to 11.797, 14.763 you will find yourself centered on the same point as the red landmark in the HiRise page viewer, so I would say that the red landmark marks either the center of the HiRise image or the landslide.

Q: [I'm wondering] if the map viewer will not zoom in sufficiently? Q: Can this Google viewer be used to find this crater? If so, how?

These data sets do not seem to include HiRise, so that might be why the landslide is not there.

A resolution problem might be as well, for example if you use this viewer https://marstrek.jpl.nasa.gov and go to the same spot (same Lat/Long) the image will soon become very blurry (and it is also from a Viking set, so probably too old to contain the landslide).

Another problem might be that by using the viewer at the bottom of the page (or also use this http://jmars.mars.asu.edu/maps/?layer=thm_nightir_100m_v8 to directly browse Themis images) the spot indicated by the landmark seems to be in a "dark area" on the right of a "ridge". So maybe this is an additional reason of why we can't see the landslide there.

To get a better view of the landslide, I would follow Conelisinspace suggestion and check the high resolution JP2 image from the HiRise page.

However, viewing these JP2 images is not easy, for two reasons:

My best solution so far involved installing some libraries/Python packages so that in the end I was able to open them using Python.

In the following, I share the code I used to open the ESP_054066_1920_RED.JP2 image for the landslide. In the code, I also cut the image so that the part showing the landslide is shown and the rest is left out. The resulting smaller image is saved to .PNG format and I've uploaded it so that it's possible to see the landslide in this post without running any code.

Link to image on Imgur: https://imgur.com/a/KkjtdQh

The image below is from the The crater itself is only 5 meters across link on the HiRISE page ESP_054066_1920. 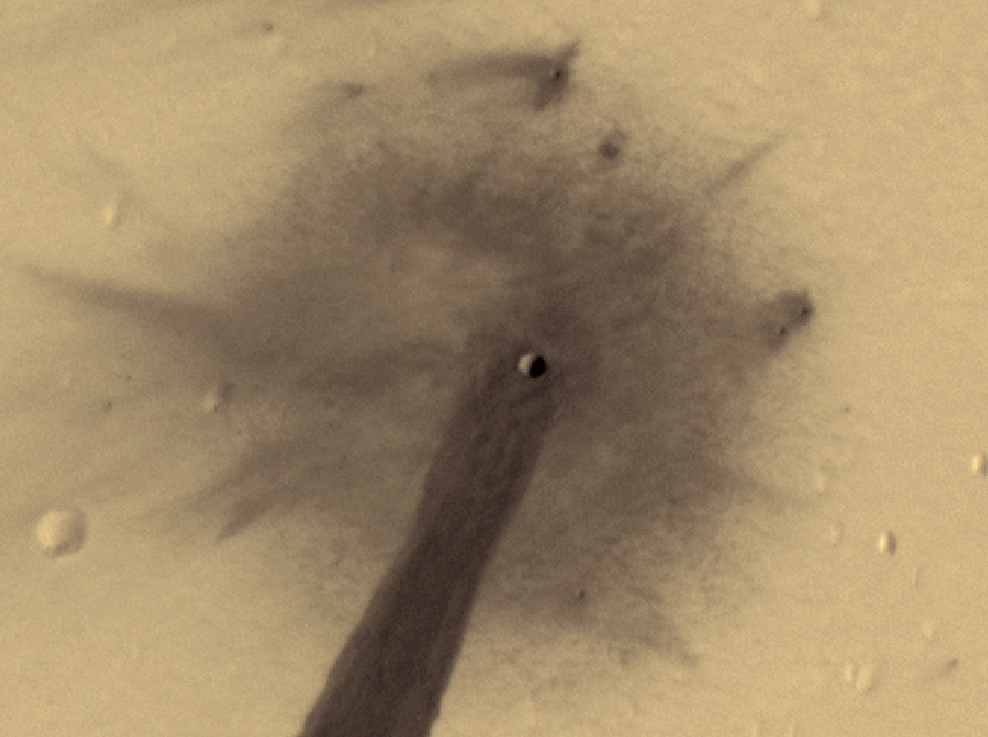 This answer from @BlueCoder shows this image viewer which can be used also to find HiRISE images.

Not the answer you're looking for? Browse other questions tagged mars imaging hirise or ask your own question.

15
Is the Curiosity rover equipped with motion detectors?
4
How does one get Context Camera (CTX) images from Mars with certain identification numbers?
8
Any news about the Mars-3 landing site since early 2013?
1
What was the effective magnification of the Mars Reconnaissance Orbiter's HiRISE camera to acquire the detailed image of Earth?

11
Any explanation for morphology of within crater formations on the northern Nili Patera caldera of the Syrtis Major volcanic plain of Mars?
11
Features on border of a crater & ravine on Mars
5
Why are the gaps in MRO global images of mars so irregular and sometimes filled in?
1
Does the polygonal pattern on the floor of this "crater" on Mars mean that there's water ice below its surface?
4
Did any lander or rover photograph the sun rising or setting during a Martian dust storm?
5
Choosing a specific region to live on Mars, how important will the degree of dust there be, compared with the availability of water?
4
Difference between "mafic floor" and "olivine-bearing floor" in Jezero crater? (Perseverance landing site)