Observing a lunar lander by telescope

It is said that a 25m telescope would render the lunar lander as 1 pixel. However the lunar surface has an albedo of about .1 while the lander is highly reflective. So it would be about 10x brighter than the surrounding terrain.

So shouldn't a 10m telescope be able to render the lander as a single pixel 2-3x brighter than the surrounding terrain?

I checked the LRO images and you're right: the albedo of the lander is higher than its surroundings. Here is a Lunar Reconnaissance Orbiter image of the Apollo 17 landing site: 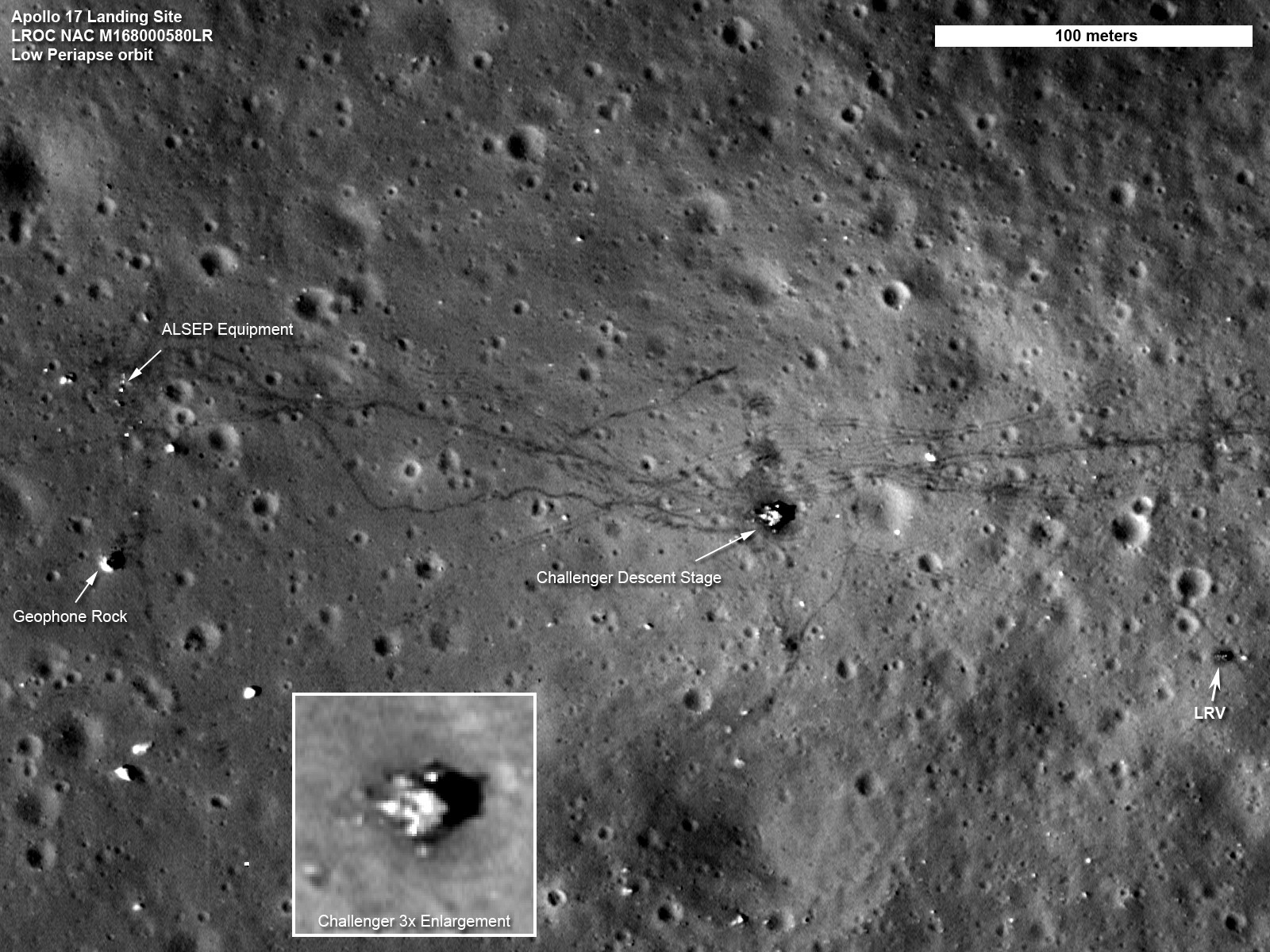 I found several places where the telescope size is calculated to resolve the LM. Phil Plait (in his Bad Astronomy blog) arrives at a telescope size of 100 m to do this.

Just seeing a bright dot requires less resolution than this. Reusing the calculations from here and doubling the telescope diameter to 10 m, I get a resolution of 23.2 m. So in your telescope you see the average color/brightness of a square of 23x23m.

I did a quick and unscientific test, grabbing a roughly 23x23 m square from the above photo and scaling it to 1x1 pixel, then checking the grayscale value of that pixel. The square with the lander in it was darker than an adjacent square, so a 10 m telescope wouldn't see a bright spot where the lander is. It looks like the lander's shadow pulls the average brightness down to a level that's not reliably distinguishable from the surroundings.

Here is the above image downsampled to 16x12 pixels to get a pixel size of 25x25 m, then upscaled to 400x300px to get an image that is easier to view than a 16x12 px image. As you can see, you can't distinguish between the variations in albedo due to shadowing and variations caused by the LM. 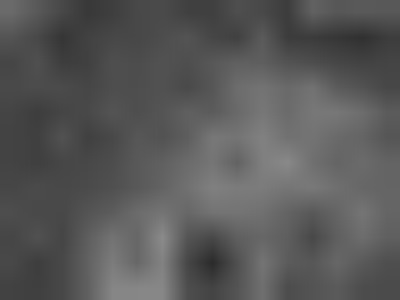 22
Were the Apollo lunar activities observed from Earth?
12
Picture of equipment left on the Moon?
3
Would we be able to see a Space craft transit in Lunar orbit?

12
What caused the Lunar Landing Training Vehicle to be unreliable?
21
Why choose to crash the Apollo lunar lander ascent stage after it ascended?
3
How did they sweep dust on the moon from inside the Apollo Lunar Lander?
6
Using command module as a lander
3
Lunar lander, apollo 11, start position
8
“Luckily with no Lunar Module, Tidbinbilla was able to keep tracking with no interruption…” Why is no LM significant?
14
Why was the Saturn V considered to be human-rated after Apollo 6?
2
When will a moon landing site be visible via telescope?
3
What is the cheapest possible way to land a crew of 2 on the moon?