Would landing on mars during a storm considerably increase atmospheric drag?

Any chance we could harvest all those dust particles for an significant improvement in aero-breaking capabilities or would it destroy most heat-shields? 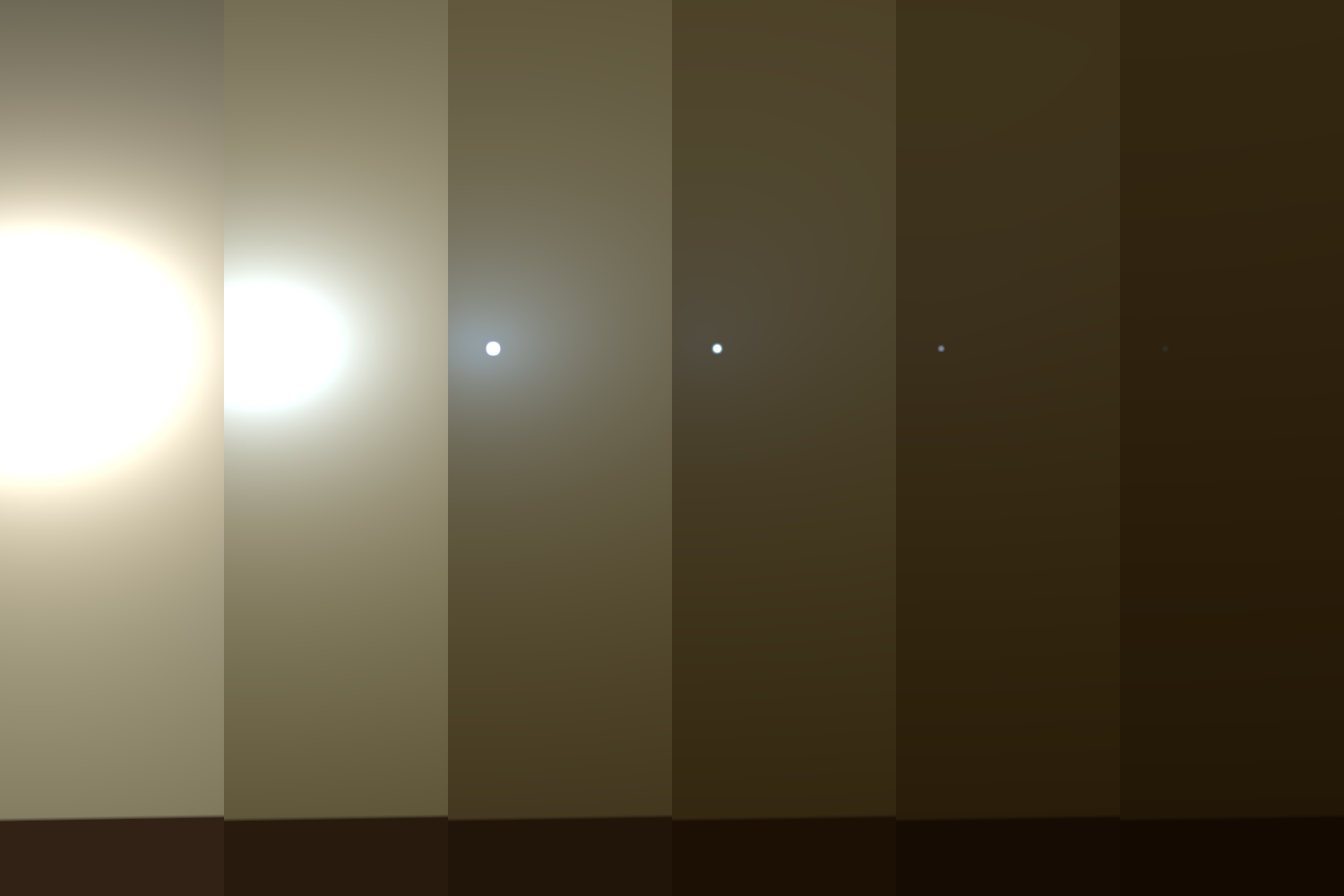 In the simplest models, drag is directly linearly proportional to density, i.e. doubling drag would require doubling the air density.

Based on terrestrial flying experience: any material that can be suspended in a mixture (i.e. water droplets forming clouds, or ash/dust particles also forming clouds) isn't significantly changing the density of the containing medium. If it did, the air would tend to separate out over top of the dust. As-is, wind is capable of keeping the particles suspended.

So no, my (admittedly SWAG) conclusion is that you won't see an improvement in aero-braking.

Sandblasting effect I don't have a good guess at. Presumably at high entry speeds the entry shock would be pushing most of the dust around the vehicle, but I have no idea at what point the dust could become a problem.

Not the answer you're looking for? Browse other questions tagged mars landing reentry atmospheric-drag weather or ask your own question.

7
Would a smaller re-entry vehicle better handle very high re-entry speeds?
7
Difference in atmospheric entry for Earth and Mars
4
Can we significantly reduce entry velocity with this method by airbraking alone for interplanetary travel?
2
Atmospheric drag vs. atmospheric heating. Which occurs first?
1
Could an inflatable heat shield be used on the SpaceX Mars Lander?
2
Is a ballistic blimp entry possible on this way?
2
Atmospheric reentry drag and friction
5
Why did Mars Pathfinder have such a high atmospheric entry velocity?
16
Are launch windows to Mars avoided if they result in landings during dust storm season?
4
How would Ingenuity handle Martian Storm and dust devils?