What are these bright streaks in MODIS Earth images? Why are they shaped this way?

The Moderate Resolution Imaging Spectroradiometer (MODIS) aboard the Aqua (EOS PM-1) satellite generates images of most of the Earth each day, though there are small gaps near the equator where the viewing angle is too extreme.

Below is an example images from an earthobservatory.nasa.gov page, (see the >2 MB full-size image).

What is the repeating bright white streak nearly centered in each pass, and why is it tall and narrow? 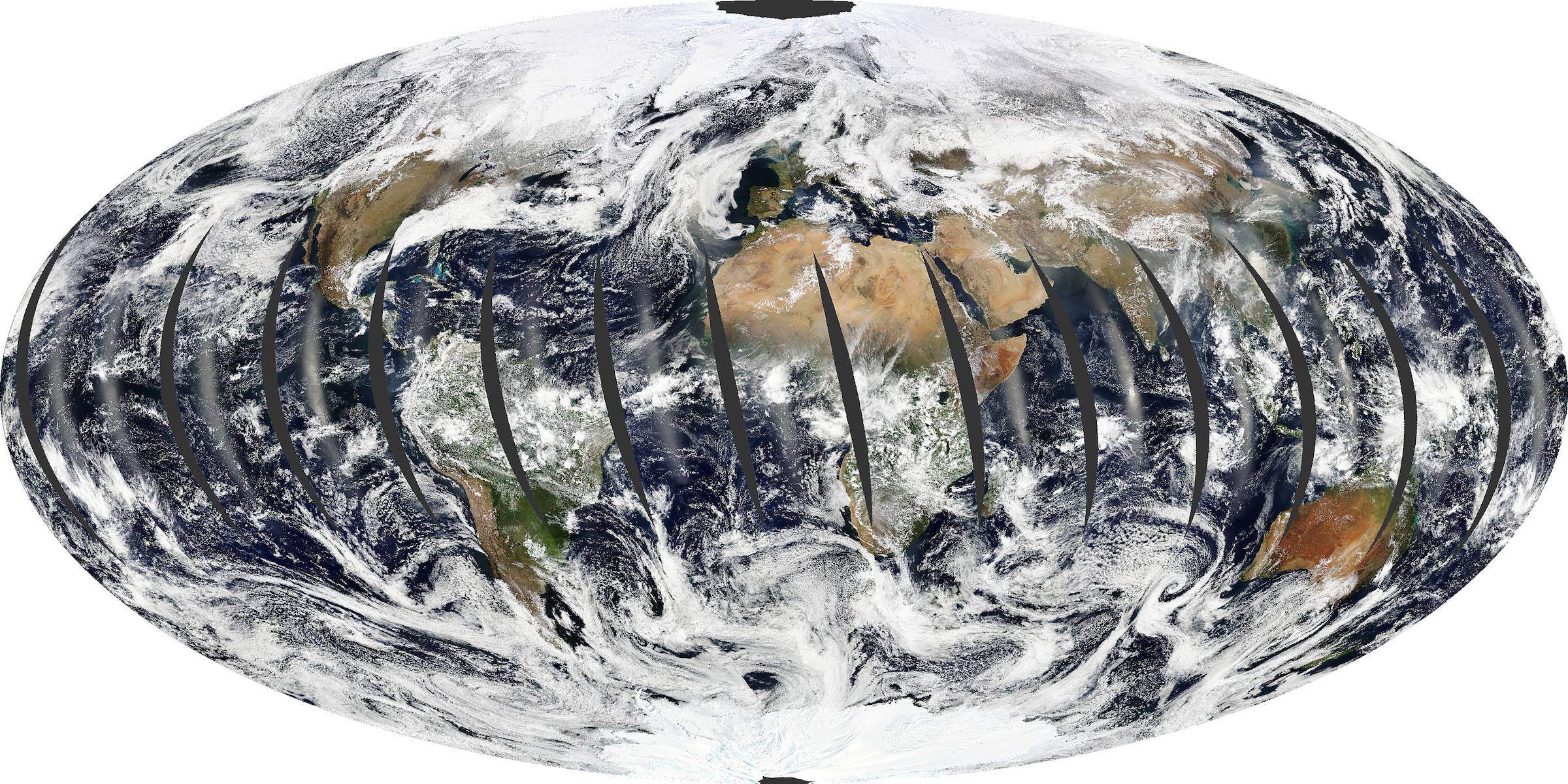 It's the diffuse reflection of sunlight on the oceans. If you look closely, you will see they don't occur over land - although your brain may fill in and make it look like they do until you look closely - the stripe on the east side of South America is a good example of that.

The stripes follow the ground track of the satellite's orbit; as the spacecraft circles the globe it takes many strip images perpendicular to it's motion (horizontal lines) These are assemble to create the vertical stripes shown, and those stripes together are used to make up the view of the globe.

This satellite is in a sun synchronous orbit, which means it always lunch time on the ground underneath the satellite, as a result the band of reflected sunlight always appears in the same place.

There are three effects distorting the diffuse reflection from the circle on might expect. 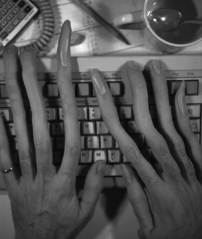 Not the answer you're looking for? Browse other questions tagged low-earth-orbit imaging earth-observation or ask your own question.

13
Why are LEO satellites not aerodynamically shaped?
1
What causes these faint, straight line artifacts in Suomi NPP images of Earth at night?
48
What caused this bright light from the ground at night seen from the ISS?
1
Are these images from Planet Labs? Are the images publicly available?
6
Hovering Carbonite! Why do these satellite videos of Earth appear to be made from a geostationary location?
5
Why are the gaps in MRO global images of mars so irregular and sometimes filled in?
4
Why does MODIS have two channels covering a band of 3929nm to 3989nm?
2
What causes these cross-shaped artifacts in TESS' first images?
1
What are all these packages attached to a side module of the ISS? How did they all get there?