How many hours of publicly available footage is there of the lunar rover moving around? Youtube only has 2 min. I want more. Especially with rooster tail.

There were 2 cameras on the LRV: a 16 mm film camera and a TV camera. The TV camera was connected to a transmitter which sent images directly to Earth via the high-gain antenna. This meant the camera could not be used while the rover was in motion (the antenna would bounce around, resulting in loss of signal).

That left video opportunities at the start and end of each drive, with one astronaut on the ground filming the other driving the rover. This was done at least once (see below). With a very busy schedule, it's unlikely the astronauts spent a lot of time doing this.

The 16 mm film camera was built by Maurer. It used film magazines that contained 4 minutes of film at 24 fps. This is the reason there isn't much LRV footage: film was a scarce resource. This camera was used during LRV drives. It was set to record at 1 fps during those drives, to get a record of the geology along the LRV's path. 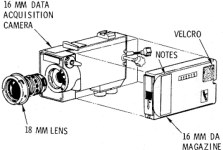 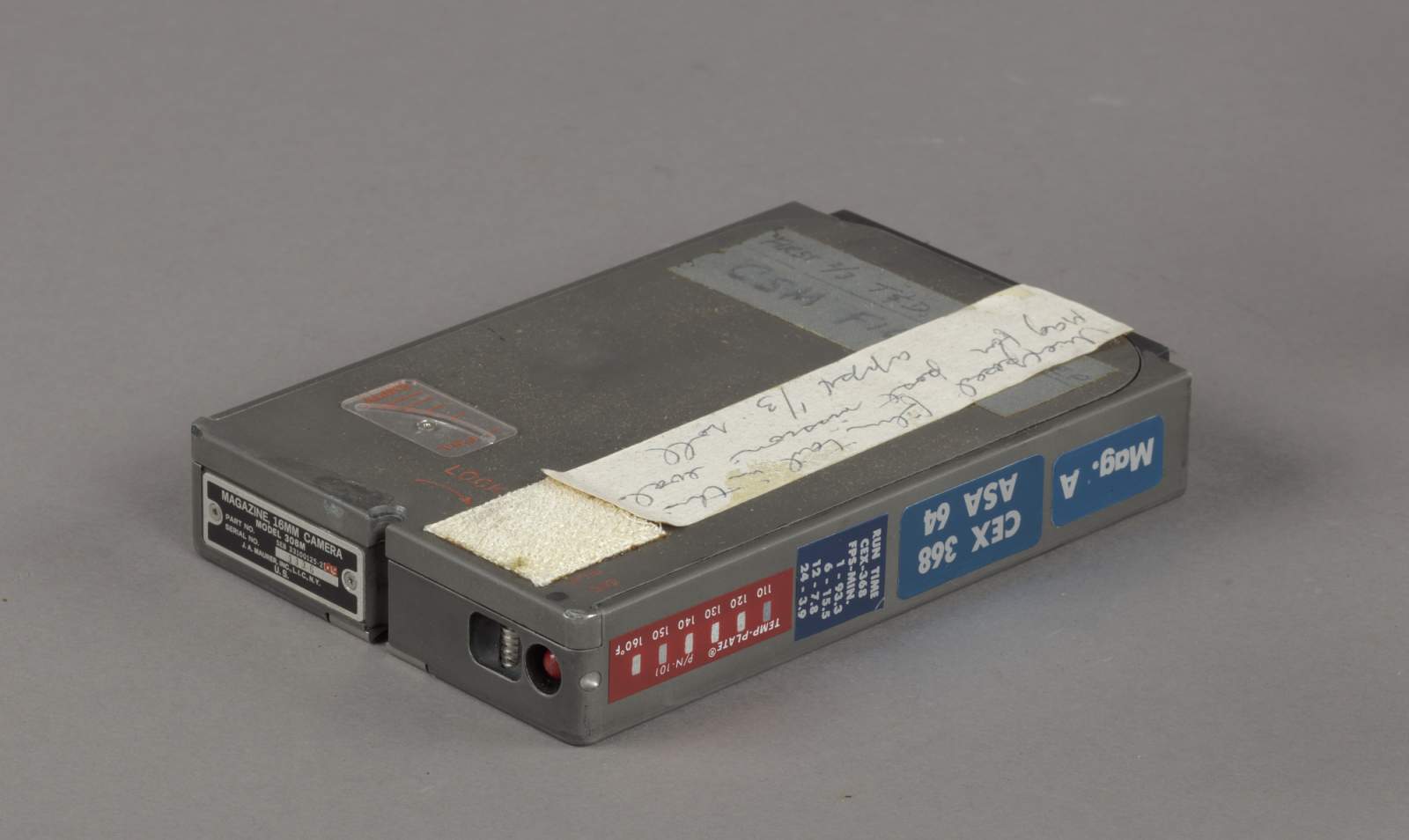 Here are some lists of available footage from the Apollo 15-17 missions.

List of all video material available from the Apollo 15 mission.
Loads of video, but nothing labeled to be footage taken during the drives.

Apollo 16 videos
One of these is the 'rooster tails' clip - a driving demonstration for the rover engineers It looks like this was made with a 16 mm film camera, not a TV camera.

Lots of film footage from Apollo 16, including a clip made onboard the rover while driving: direct link to 350 Mb video file with 1.5 hours of footage, about 3 minutes of LRV driving from 6:30 onwards.

Apollo 17 videos
Includes a clip of the rover repair (replacing one of the fenders with a map). And a brief section of driving footage.
Also, the LEM liftoff (filmed by the camera on the rover).

Is the main rover footage. Its about 1.5 hours. However it doesn't contain any dust, rooster tail or any complicated particle physics.

The only dust cloud or rooster tail footage is the few minutes during the grand prix on Youtube. As you mentioned.

That is all there is. The majority of the moon footage is in the NASA archives. The public may never see it unfortunately.

Not the answer you're looking for? Browse other questions tagged apollo-program lunar-rover or ask your own question.

24
How exactly did the floor of an Apollo LM look like after EVA(s)? Seeking photo!
-9
How much cgi would be needed to fake apollo

11
Apollo 17, Lunar Roving Vehicle walkback limit “relaxed”?
8
Why did moon dust not cause problems on Apollo during the return flight from the Moon?
24
How exactly did the floor of an Apollo LM look like after EVA(s)? Seeking photo!
3
What was NASA's “LUROVA” Operational Thermal Computer Model analog or digital? How were capacitors used?
11
Were the Apollo broadcasts recorded locally on the LM?
3
What kind of camera was used to produce this Apollo-era footage of the Earth?
7
Were flown lunar rover miniature license plates approved for the Apollo-15 flight?
11
Was the Apollo lunar rover ever “airborne”?
12
How did the Apollo Lunar Rover navigation system computer work?