Why aren't payloads their own fairings?

I mean: instead of placing a satellite of nondescript shape inside a fairing which is discarded somewhere above the atmosphere, build it in such a way that its chassis doubles as the fairing, only small parts ejected or opened to e.g. extend solar panels, radiators, antennas etc. Simply, the nose of the rocket enters the orbit and serves as the satellite.

You gain a lot of volume and quite a bit of mass of the payload. It can be shielded better against radiation and small space junk. Its cost will be lower than of classic payload + non-recoverable discarded fairing. There would be some loss of delta-V due to extra mass, but the massive extra volume could hold fuel that should well make up for it; never mind it could be inseparable from the transfer stage and just carry it as unimportant extra mass to the end-of-life, saving up on own propulsion system.

Does the fairing add so much mass that it's essential to discard it during the last stage of acceleration before MECO? Or are there other reasons why satellites aren't just made to fly as the top of the rocket, but packed inside it instead?

There are a few basic reasons. These include:

That being said, there are a few spacecraft that do not use a fairing. These tend to be the type that reenters. The mass that helps it survive the heat of launch also helps it survive reentry.

Supplementary to other answers which describe why most payloads aren't their own fairings:

We do actually launch some payloads that are somewhat closer to being their own fairings - manned spacecraft. This is usually because the spacecraft's reentry vehicle is already designed to be heat resistant and aerodynamic, making it more suitable for launch conditions.

For example, the Mercury capsule was uncovered for both Mercury-Redstone and Mercury-Atlas launches with only the Launch Escape System on its nose. Left image

The Apollo missions launched with the Command (and reentry) Module covered by the Boost Protective Cover which shielded the module from atmospheric heating and the LES exhaust in the event of an abort. The Apollo Service Module's cylindrical body was exposed during launch. The much more fragile Lunar Module was protected inside an adapter below the Command Module. Centre

The in-operation Soyuz spacecraft has close to the same volume as its payload fairing, but the spacecraft is fully enclosed during launch due to the non-aerodynamic shape of its Orbital Module. Right and bottom 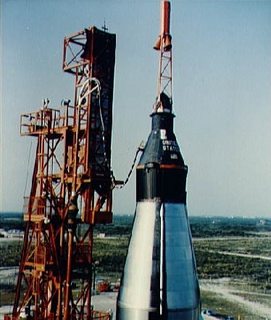 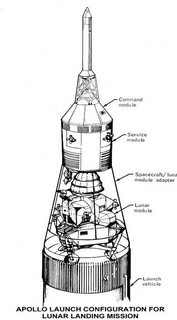 A fairing like the one SpaceX uses on the Falcon 9 weighs on the order of 2 tons. That's a lot of extra weight to add to the satellite.

For antennas, this would be harder (3D structures instead of flat panels, i.e. even bigger warts on the outside), so you'd have to add hatches to the fairing and deploy the antennas after launch. This means lots more mechanical components that can fail. You'd also need hatches for all the sensors on the satellite.

Many satellites are covered in multi-layer insulation foil. This consists of thin sheets of foil that provide excellent insulation. You can't use that on the outside of a fairing, so you'd have to resort to other insulation methods.

The fuel for a launch is factored by a few things, including the mass and aerodynamics. You may save some mass by not having a separate fairing - but you have a different-shaped nose each time, with different aerodynamic properties. This would require re-analysis of the new profile each time, but with the generic nose you already know drag coefficients etc.

Unless it's designed for re-entry, everything on a spacecraft is designed for minimum mass. Not just for the sake of launch fuel, but to reduce the fuel required for station keeping. As such it's as fragile as it's possible to make it without critical failure. If appendages like antennae, solar panels, thrusters were all designed (even in stowed configuration) to withstand the intense heat and sonic shockwaves of the launch, they would be more expensive to build & launch, and to keep in the "right bit of space".

Very few 2 satellites are the same, but all launchers of a given type are. Also, the payload and rocket are often designed by 2 different companies.

SpaceX primarily produce launchers. Boeing and Airbus both produce satellites. SpaceX provides the Boeing/Airbus design teams with an "envelope" inside the fairing that the spacecraft can fit in, and the mechanical/electrical interface points. In this way the launchers can be produced without too much consideration for what's going to sit on top - it rolls out the factory and you can put whatever you want on top.

Think of it like a flatbed truck; you buy the truck and then mount on top a water tank, crane, stunt ramp.... without changing the design of the truck.

Some of the bigger launchers can accommodate 2 small spacecraft inside the fairing. Again, this could be 2 spacecraft from 2 different companies. If the fairings were part of the SC design, that's now 3 interested parties.

Related to the transferability point, the launcher and satellite activities could be controlled by different teams, in different areas of the globe. The "launcher team" is tasked to get the payload into LEO/GEO transfer orbit, at which point the payload controllers take over.

Not the answer you're looking for? Browse other questions tagged launch rockets fairings or ask your own question.

28
What is the current cost-per-pound to send something into LEO?

15
Why are satellites and other payloads always placed at the top of rockets?
16
Why have so few countries developed satellite launching vehicles of their own?
18
Falcon 9 fairings cost and reusability
10
Are all payload fairings this floppy?
4
How far apart do both SpaceX half fairings splash down?
5
Why aren't rockets made from steel?
44
Why can't Falcon 9 fairings touch the water?
8
On large diameter Atlas V fairings, why is the Centaur inside the fairing?
17
Reusable spacecraft: why still have fairings detach, instead of open/close?
5
How do ships catch fairings? Can fairings steer or do the ships do all the work?