Does this electronics box, or any other non-spacecraft released by astronauts have a TLE?

Many cubesats have been deployed from the ISS, and at least one "spheresat" as well. These would all have publicly available Two Line Elements Sets (TLEs). However I'm not so sure about suitsats or toolbagsats.

Have objects released manually by astronauts (intentionally or otherwise) ever had publicly available TLEs that could be looked up? 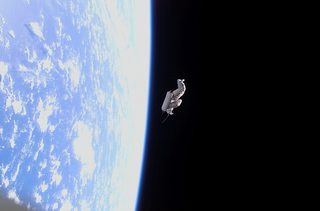 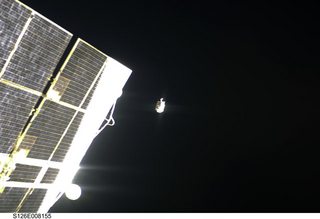 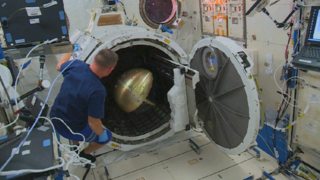 There are 330 objects with an international designation starting with 1998-067, the first of which is the ISS. All of these are associated with the ISS, either being intentional or unintentional satellites released, or other related objects. Many of these are called "ISS Deb". It can be difficult to trace exactly which one corresponds to a particular object, and they also sometimes don't seem to show up right away.

Not the answer you're looking for? Browse other questions tagged artificial-satellite two-line-elements eva or ask your own question.

11
What kinds of things have been tossed out of the ISS?
11
What ever happened to SpinSat - did it work?

4
Does the name "corona discharge" bear any relation to the Corona surveillance satellites or is this a coincidence?
6
Does Humanity Star have non-reflective triangular panels? If so, what are their characteristics?
4
Was this large pieces of "space junk" just released from the ISS in the "nadir and retrograde" direction?
12
Do any planets other than Earth have artificial satellites?
5
Since the Mercury program have there been any manned, orbital spacecraft not configured for a spacewalk?