Why is the northeastern region of Syrtis Major Planum a selected landing site for the Mars 2020 mission?

Image below:
One of the 3 selected landing sites, on the left side of Jezero crater, which is also selected ! 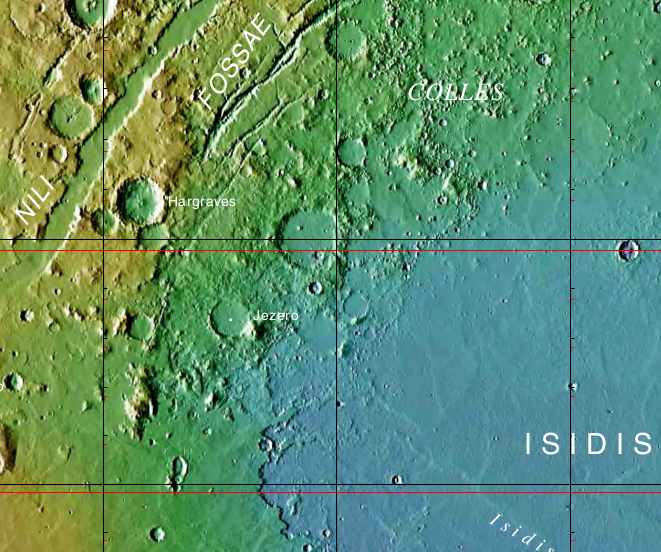 A workshop for the Mars 2020 Rover mission was held in February 2017 that selected 3 landing site candidates: Jezero Crater, NE Syrtis, and Columbia Hills.

The Columbia Hills inside Gusev crater were observed by the Mars Exploration Rover Spirit, and a variety of rocks and minerals were found there indicating that water was once present.

Jezero Crater also is thought to have once been flooded by water because it contains a fan-delta deposit rich in clays. In the Wikipedia article it is further revealed why this crater could be a good candidate for a landing site.

Regarding the northeastern region of Syrtis Major Planum however, no information is found on Wikipedia about minerals or features there, to say nothing of why this region could be a good candidate.

But are there no scientific articles which give geological information about the northeastern region of Syrtis Major Planum that enabled NASA to select this region as a landing site candidate?

This letter to Dr Michael Meyer, lead scientist for the Mars Exploration Program, gives a synopsis of the assessments and findings at the February 2017 workshop. The workshop aimed to narrow the shortlist of landing site candidates from 8 to 3.

Five criteria were used to assess the sites (emphasis mine):

The workshop assigned scores in each of the criteria for each of the landing site candidates, shown in this table: 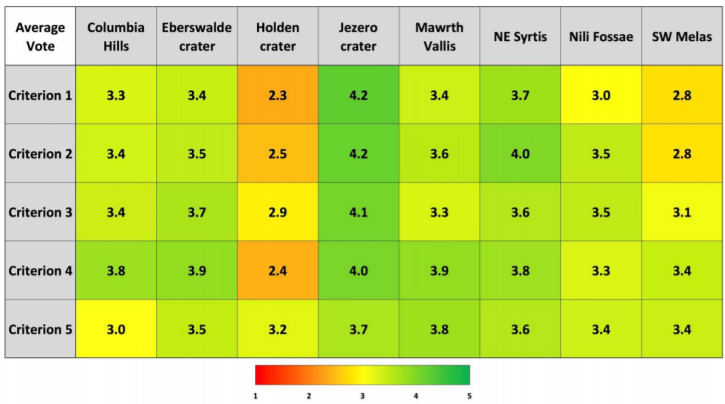 From this it is clear that Jezero Crater is a prime candidate with NE Syrtis in second as summarised in the letter:

This article gives a brief summary of the geological interest of NE Syrtis. It explains that the site once was volcanically active; providing warm, mineral-rich surface water to potential microbial life.

JPL's Mars 2020 website has pages dedicated to each of the site selection workshops with detailed analyses of their geological interest and viability. There is far too much detail (and it's certainly far above my level of expertise) to summarise effectively here, but the essence is:

NE Syrtis is an ancient fluvial basin, giving it a rich geological historical record in the stratification of sediments as well as being an ancient active volcanic area. The North-East region was selected because more recent weathering has exposed various layers of the rock formations, allowing easy access to a wide range of geological samples in close proximity to each other. This would allow samples to be taken from many different time periods in Mars's early history. These exposed strata can be seen clearly in many of the images in the presentations: 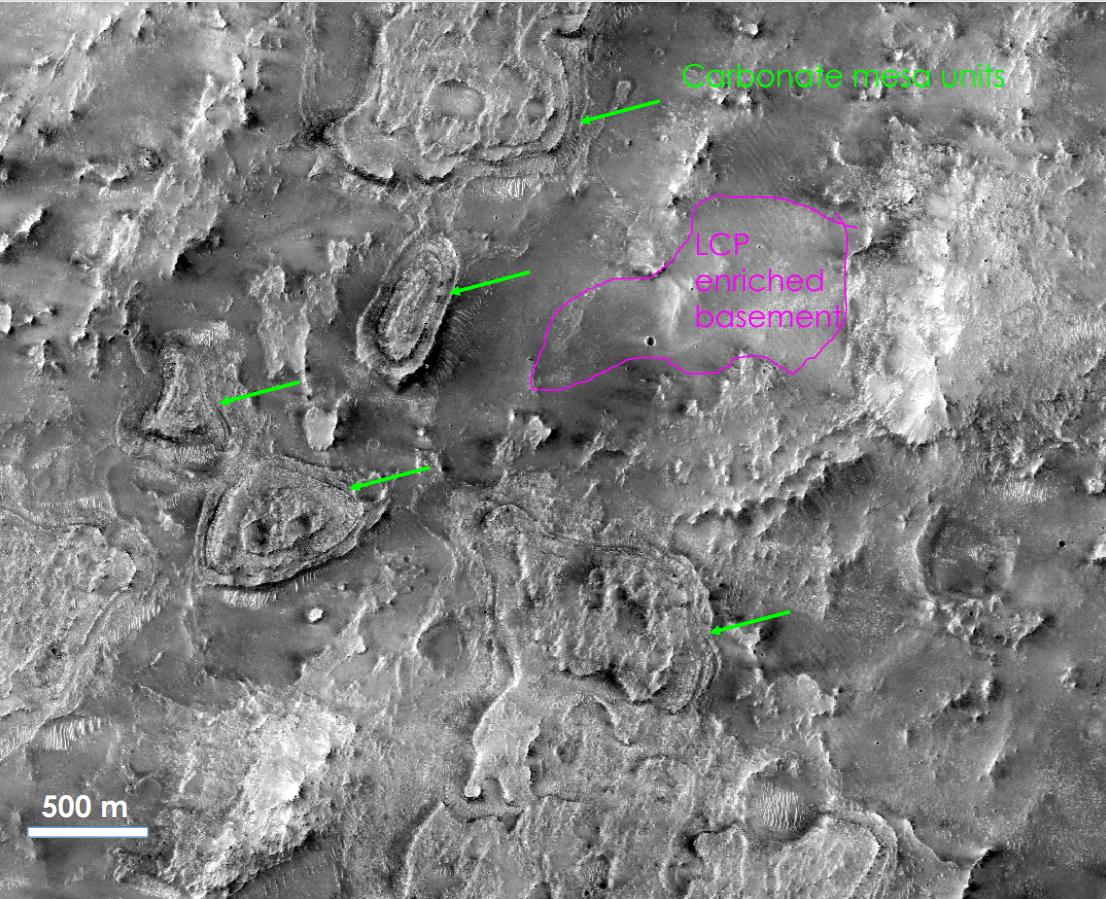 The page for the 2017 workshop has several presentations focusing on NE Syrtis, one of which describes the site like this:

Not the answer you're looking for? Browse other questions tagged mars astrobiology geology site-selection perseverance or ask your own question.

5
Which potential landing sites were identified at the MSL Landing Site workshops?
3
How was Jezero crater selected?