STS: How much thrust did the nominal post-MECO LOX dump produce?

Following up to some questions asked in comments to the answer to this question: With pressure-fed engines, is any measurable thrust generated by venting the pressurant out the engine bell after flameout?

After Main Engine Cut-Off (MECO) there was ~3500 lbm of LOX trapped in the Main Propulsion System (MPS) plumbing and the Space Shuttle Main Engines (SSMEs). This prop was dumped through the engine bells shortly after MECO in a helium-pressurized "LOX Dump". How much thrust did it provide?

Please refer to this (modified) schematic diagram from the crew's Ascent Pocket Checklist for this discussion. 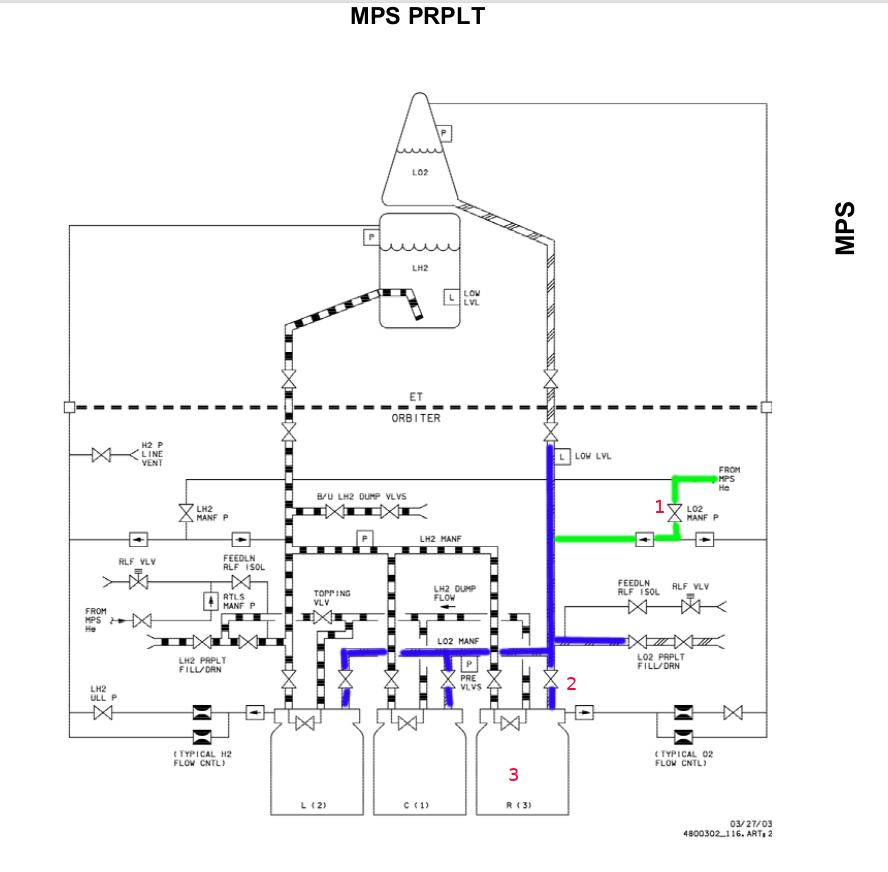 The blue shows the parts of the plumbing still filled with LOX after MECO. The green is the helium pressurization line.

Two minutes after MECO the onboard computers start the dump by opening the LO2 Manifold Pressurization Valve (1), the LO2 Prevalves (2), and sending a LOX DUMP command to the SSME Controllers (SSMECs), which respond by opening their Main Oxidizer Valves (MOVs)(3). (The Orbiter's hydrazine-fueled Auxiliary Power Units (APUs) must still be running to perform a nominal dump since the MOVs require hydraulic power to operate. This is a major reason for performing the dump soon after MECO so that the APUs can be shut down ASAP).

The subsequent flowrate and thrust profiles looked like this: 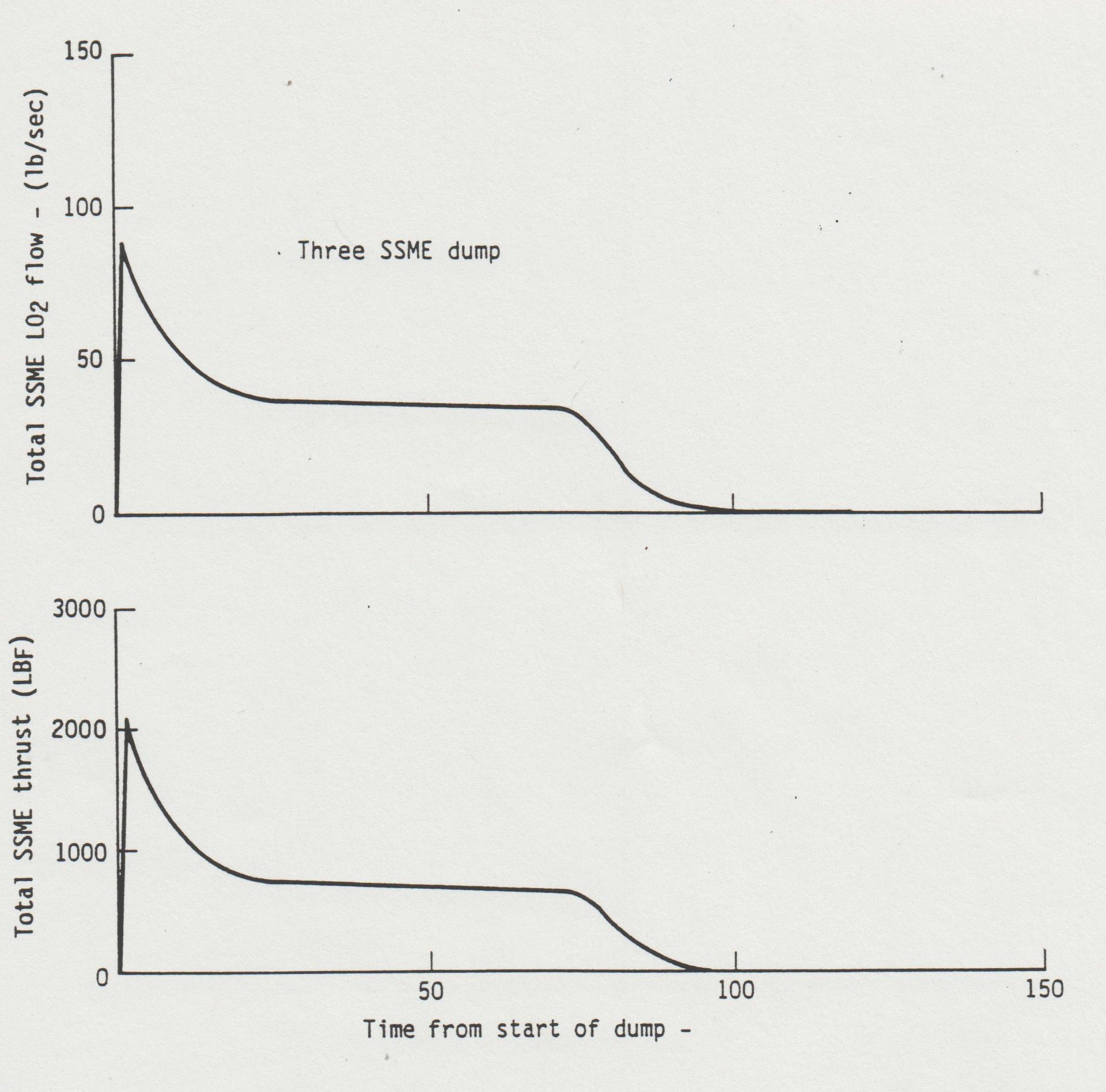 The valves stay open for two minutes, then the onboard computers terminate the dump by closing the LO2 Manifold Repress valve and sending a TERM SEQUENCE command to the SSMECs, which respond by closing the MOVs.

Not the answer you're looking for? Browse other questions tagged propulsion space-shuttle ssme or ask your own question.

5
With pressure-fed engines, is any measurable thrust generated by venting the pressurant out the engine bell after flameout?
4
How much fuel/oxidizer was held in the piping of the Shuttle orbiter?

1
How does the Space Shuttle's SSME engine's thrust vary after ignition?
2
How much thrust can plasma produced from water have?
4
How much fuel/oxidizer was held in the piping of the Shuttle orbiter?
3
How would the STS have differed if it used J-2's as the main engine?
5
How was the S-IVB stage configured for the post-extraction retrograde dump?
13
How long did it take to remove or install an SSME on the Space Shuttle?
5
How much thrust is "high" thrust (for orbital transfers)
0
How much additional thrust could the electron gun produce for electric sail propulsion?
1
How much power do radiation-based engines produce