A project of Space station Freedom had a long evolution and eventually ended as US segment of International Space Station.

For ISS we know specialisation of pressurized modules.

What were purposes of Freedom station's pressurized modules? 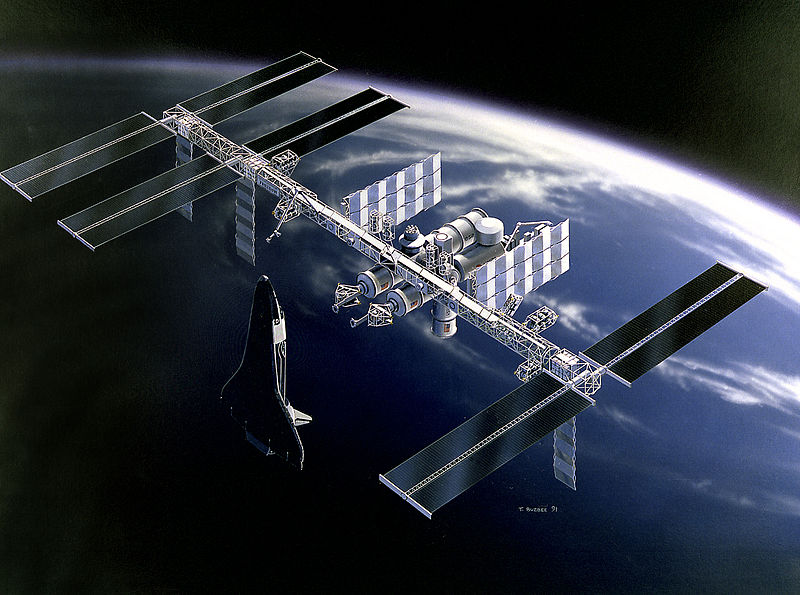 I found this NASA video:

But this video is not detailed enough to deduce the purposes of pressurized modules.

Interesting moments from the video:

1) Cupola-like observation cabin looks in zenith, not in nadir like on ISS.

2) Interiors of pressurized modules have many similarities with ISS. But there is much more messy in ISS modules, with lots of wires and equipment at walls.

4) There is nothing like Quest airlock. What EVA airlock was planned for Freedom station?

Because the desing of Freedom station was changed many times, an answer about at least one configuration would be good enough.

Edit: I found a much better picture from MSFC dated 1991. (Better than the ones I used earlier) It's basically your picture with labels. 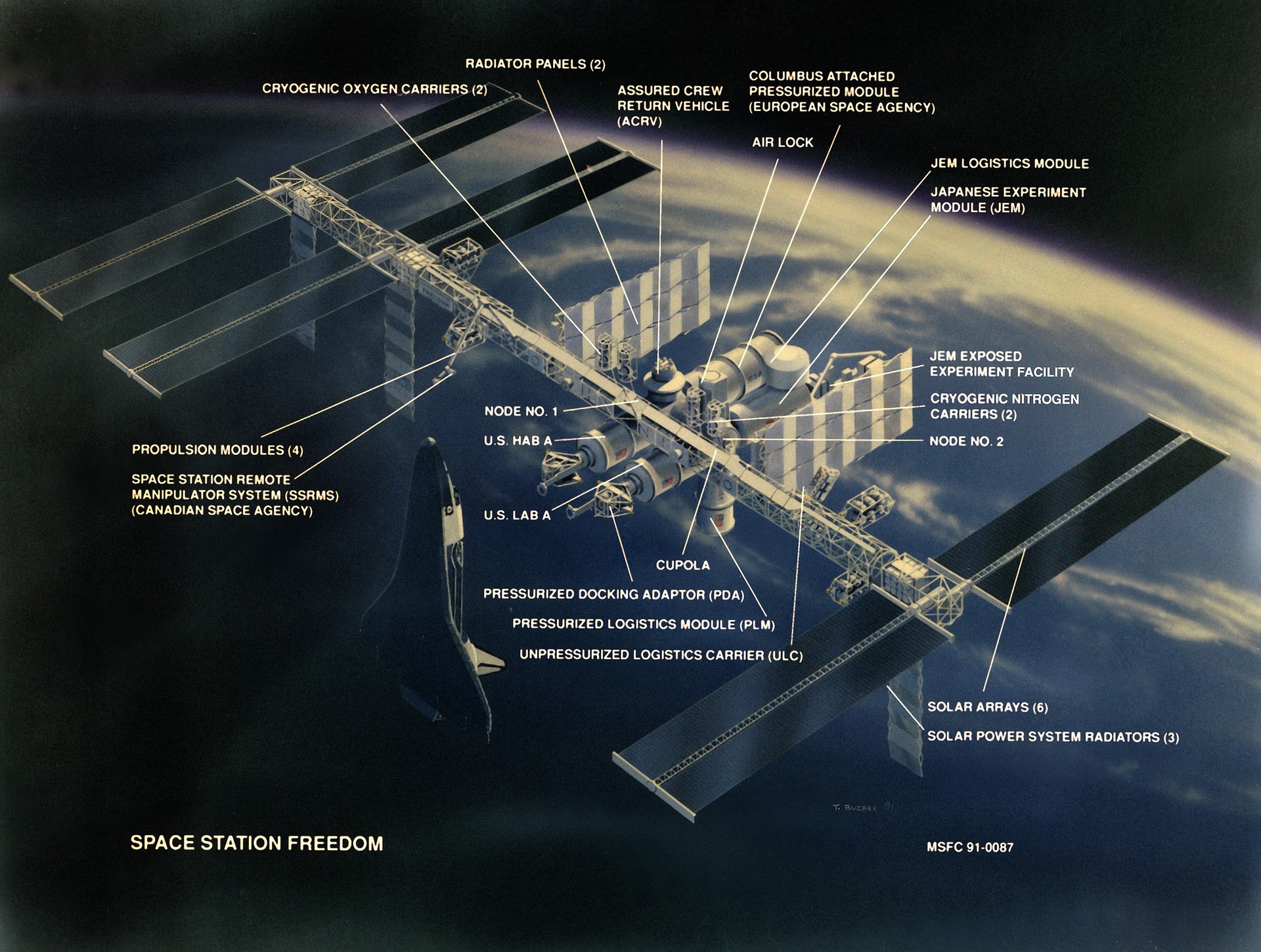 I found a picture with better resolution here: 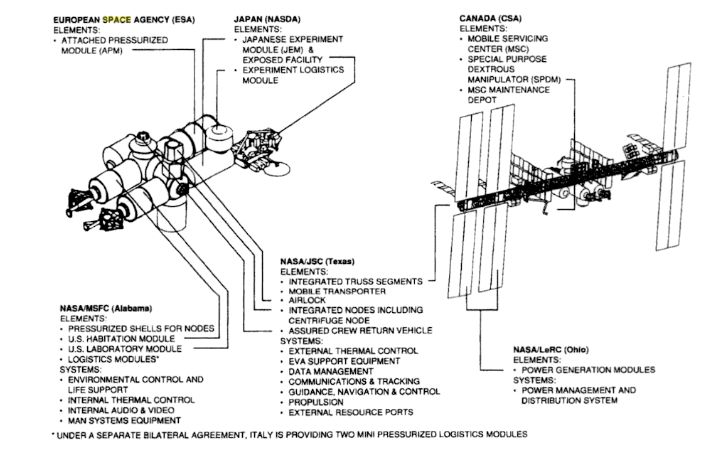 It confirms that Organic Marble posted.

Japanese module is identical to actual Kibo module on ISS. Crew Return Vehicle (CRV) looks some odd, I wonder what is the structure on its top... But there were several alternative concepts of CRV. Logistics module is that pointed to nadir I suppose, as MPLMs at ISS.

Beyond the scope - I was also wondering about propulsion of Freedom station. From this article I can deduce that gaseous hydrogen/gaseous oxygen engine was considered. The components were planned to be obtained by electrolysis of water dumped from Space Shuttle fuel cells.

Not the answer you're looking for? Browse other questions tagged history space-station or ask your own question.

3
What is the practical limit on the space station dimensions given current technology?
5
docking options for a rotating space station
15
Have space station modules already been replaced?
5
What was going to lift the components of Space Station Freedom?
0
Water Compressed on Space Station
7
Whats the origin, purpose or idea behind Axiom's space station's 3D shape and solar "tower"?
46
Why Mars instead of a space station?