Is the unusual pattern/shape of SpaceX exhaust due to atmospheric pressure?

This morning's launch of an ISS resupply mission by SpaceX happened in a beautifully clear sky just before dawn. As hoped, the not-yet-risen sun illuminated the entire flight path from just after launch to the eastern horizon.

The first stage was almost as usual, other than the last portion before separation being well illuminated. Additionally, the first stage was not returned, therefore no boost-back burn and it appeared to "tag along" with the second stage for most of the flight. That was great to see.

According to The Curious Droid's video, there's a two minute dissertation that states atmospheric pressure is a factor in engine nozzle bell shapes. As the rocket climbs, atmospheric pressure drops and the thrust becomes less efficient. More of the engine thrust is not parallel to the flight path and is "wasted." 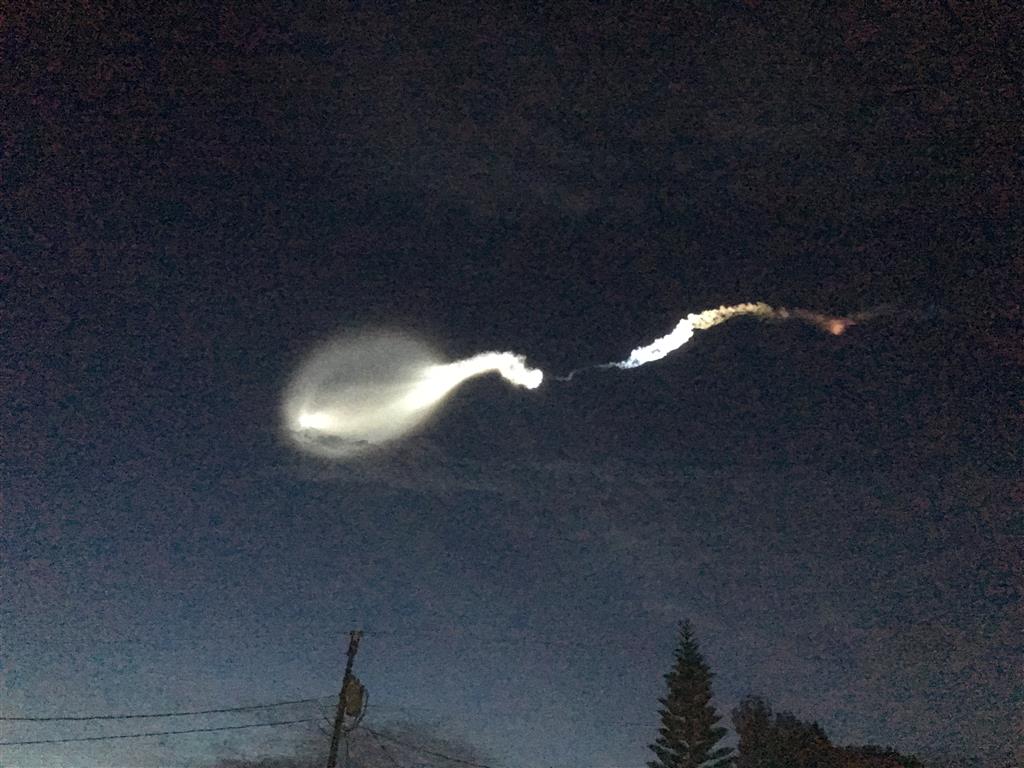 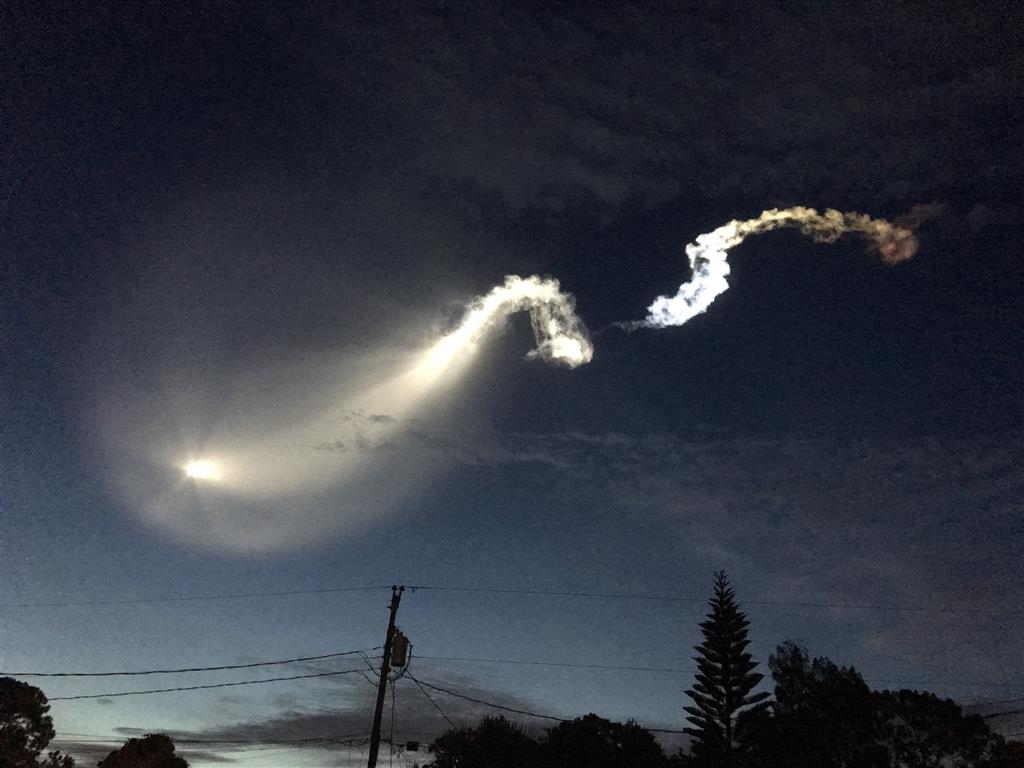 In this image, the exhaust has expanded substantially. The camera did not capture all of the illuminated area, which would appear to the naked eye to be at least another fifty percent larger.

Certainly the approaching sunrise contributed to this effect, but is the flaring of the exhaust this immense?

If so, one would guess that it's simply not visible in lower light conditions or in full sunlight.

During the earlier parts of the flight, two things are different: the atmospheric pressure is higher, limiting the expansion of the exhaust, and the rocket is moving slower and ejecting its exhaust at a high velocity relative to the atmosphere, so there's a narrow, turbulent exhaust trail which "wanders" due to winds and the gimbaling of the rocket's engines as it adjusts its trajectory.

The exhaust velocity is more or less constant relative to the rocket, about 2.8-3 km/s. As the rocket accelerates to that speed (which is reached shortly after staging), the speed of the exhaust relative to the surrounding air drops, so the turbulence smooths out. At the same time, the rocket's rising out of the atmosphere, so the exhaust expands into a large plume.

The main difference from other launches is that the rocket's rising into sunlight, which illuminates the exhaust. They're always doing this, you just can't see it during daytime launches. It's not unique, SpaceX has done a number of launches that encountered the right lighting conditions. It's also more visible with the Falcon 9 than with other rockets because of its size and fuel. Liquid hydrogen (used by the Delta IV) burns cleaner, the lack of boosters that burn out at low altitude means the first stage is rather large (about double the thrust of the Atlas V), and the upper stage has an unusually large engine due to using a vacuum version of the first stage's Merlin engine.

As an aside, the linked video is incorrect. Rocket engines function more efficiently at low pressures. Sea level nozzles are less than optimum at high altitudes because larger nozzles could get even better performance without suffering from overexpansion, but they're still doing better than they do at sea level.

Not the answer you're looking for? Browse other questions tagged spacex exhaust or ask your own question.

30
Why does a rocket engine provide more thrust in a vacuum than in atmosphere?

6
Was any first stage recovery system tested on SpaceX Falcon 9 flight seven?
8
What would one learn by borescoping a rocket engine after an aborted launch?
5
When SpaceX hot fired the previously used ORBCOMM OG2 first stage, why did they suddenly switch from LC-39A to LC-40?
10
What is the cause of the blue light from LH2/LOX rocket engines?
4
Does the luminous blue shockwave from the RS-25 engine appear to be rectangular?
4
Can Falcon 9 first stage landing final burn using one, two, and three engines? Tradeoffs?
12
Why do the shapes of these two exhaust plumes from an Atlas V 411 look different?
3
Temperature and pressure of rocket exhaust
5
Could Falcon 9 take off without launchpad
11
After Crew Dragon launch abort, was Falcon 9's detonation intentional?