How were the propellant pipes on the Saturn V LUT routed to the service arms?

I'm trying to design a model of the Saturn V Launch Umbilical Tower. I can find pictures showing how the propellant piping runs along the service arms, and from pictures showing the pipes running up the sides of the tower can generally guess which pipes correspond to which arms (although there is some ambiguity on arms with multiple propellant pipes).

However, I've been unable to find any pictures or diagrams showing how the pipes are routed around from the supply lines on the exterior of the tower to the service arms, while avoiding all the other hardware (eg elevator, stairs, and vertical cabling runs) in the tower itself. The largest version of the image I've linked below from Wikipedia gives some hints about if they initially go into the image or to the right but that's only part of the routing; and I haven't found anything equivalent to show the other half of the path. 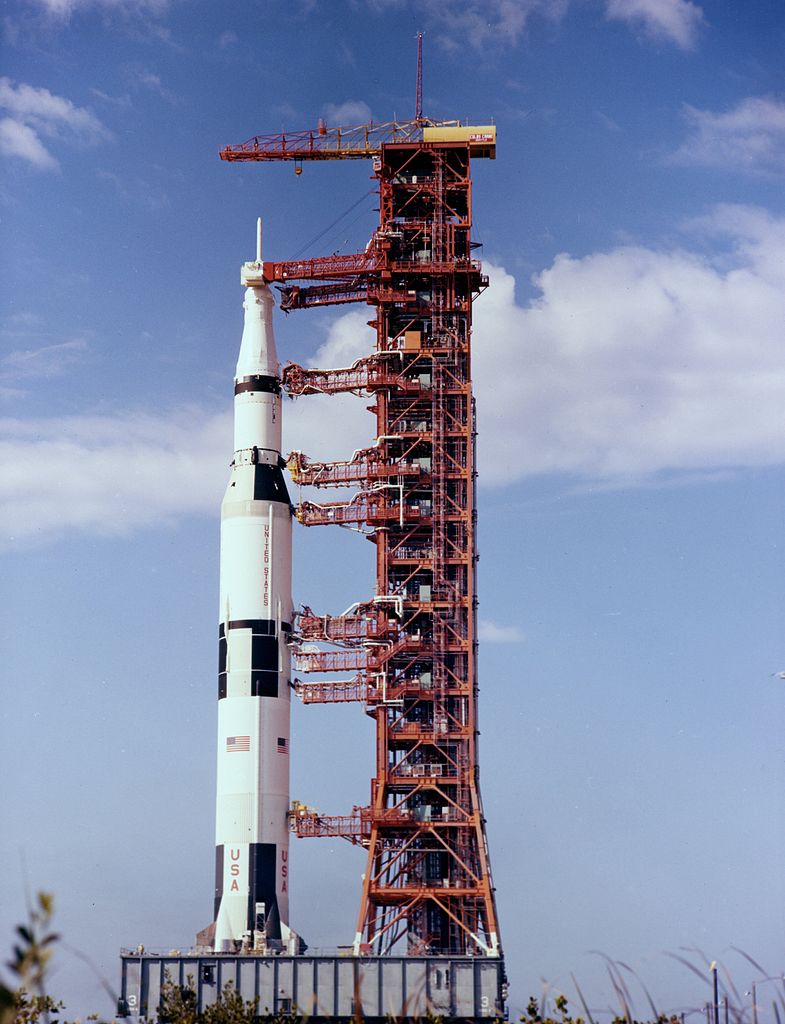 Since you commented that you'll accept great looking models I'll offer an answer. If a better answer is forthcoming you can change your choice of preferred / chosen answer.

Wikipedia's webpage: "High-angle view of the White Room and the Apollo 11 Command-and-Service Module" has this image: 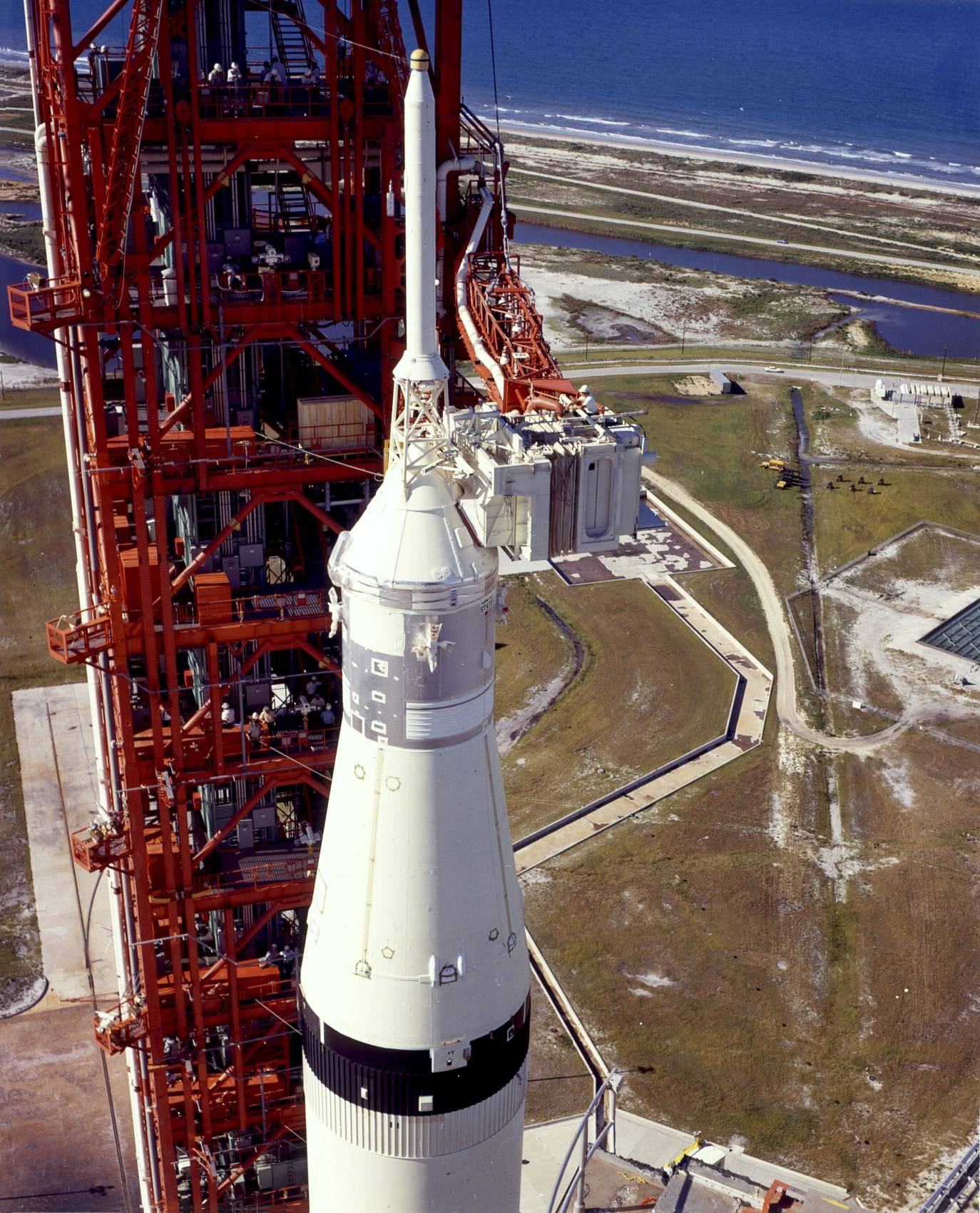 The full resolution versions of the two images below available on Wikipedia show routing of the pipes on the side to the service arms. 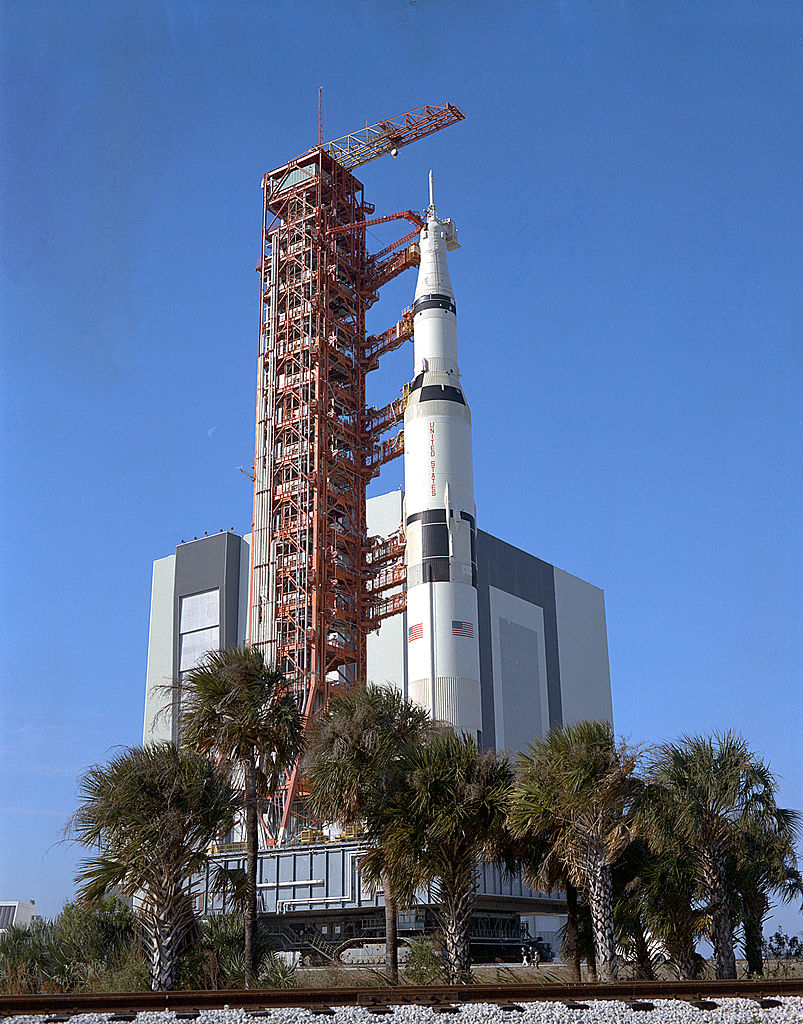 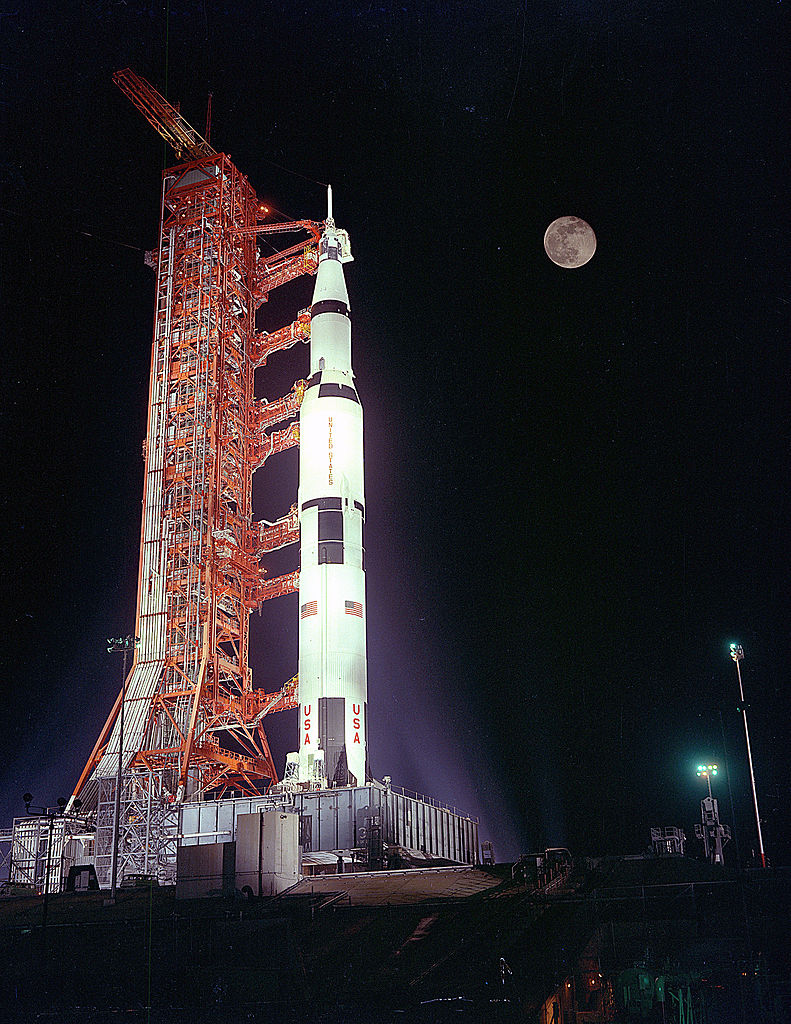 In a forum thread on CollectSpace FFrench asks about the elevator. The answer by 'Spacecraft Films' refers to "Disc 1 of Apollo 8" by which I believe they mean "Apollo 8: Leaving the Cradle" (3 Disc Set). It's available for rental or purchase in used condition.

The Kerbel Space Program has a Mod called: "[WIP] [1.3+] Apollo Saturn V Launch Umbilical Tower (LUT) and Mobile Launcher" and a video demoing the animation here and here - it remains to be seen how detailed it will be when it's finished but the ability to wall through the 3D model might be useful.

The movie "For All Mankind" at 4:30 shows a ride in the elevator with the camera pointed upward a lot of the time. The resolution of the video is great but you'll need to convert clips of it to get a series of photos from which to choose. Here's one screenshot: 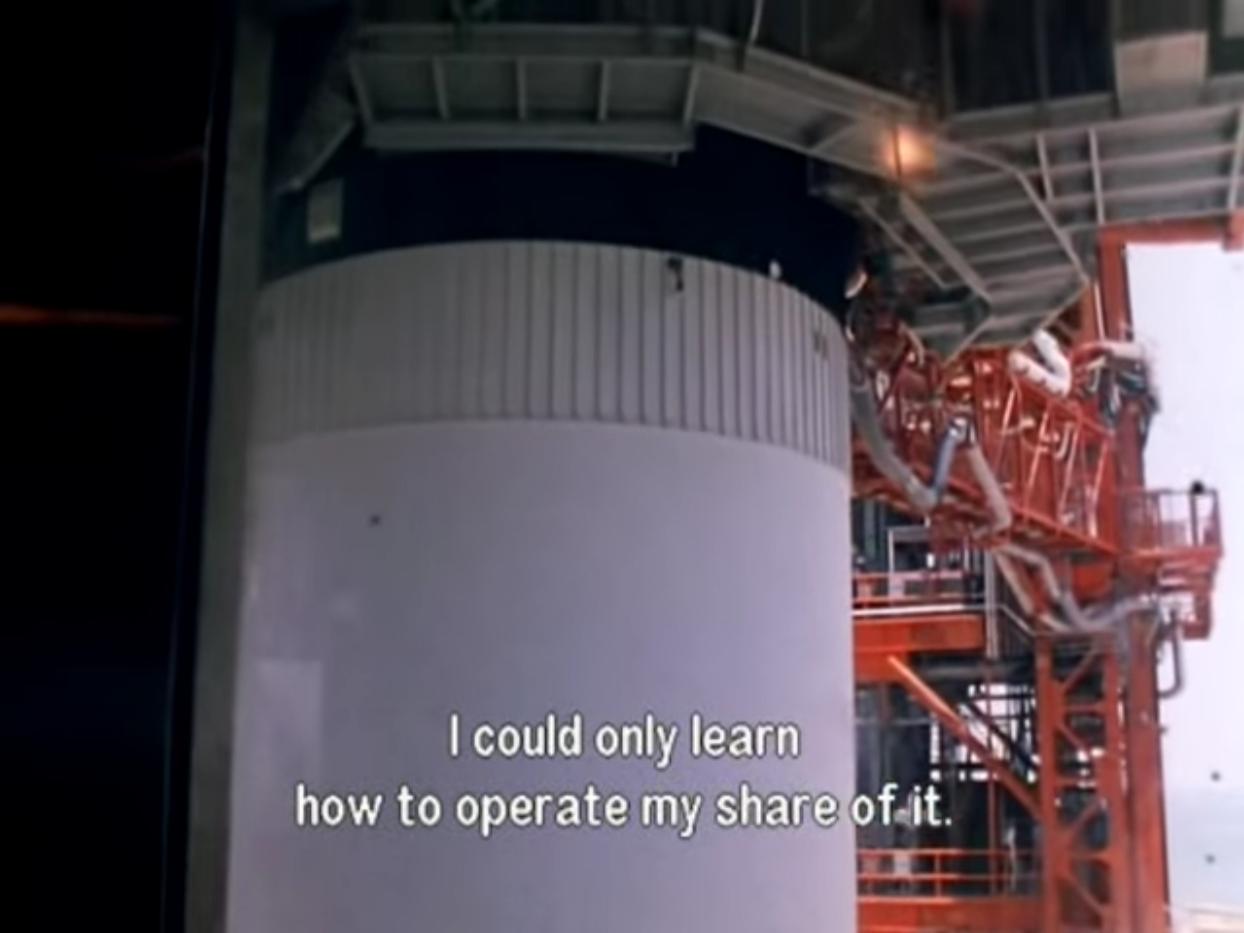 You can use a program like ffmpeg to convert video into a directory full of images.

Click on: Tim Maw's architectural drawings and photos of the LUT

And look at the following drawings:

Not the answer you're looking for? Browse other questions tagged saturn-v launchpad or ask your own question.

3
How are the liquid propellant umbilical cord protected from the exhaust?

7
How had the Saturn V lifting capacity changed throughout the Apollo program?
25
Were the Saturn V construction plans destroyed?
18
Was LC39A built with a rocket much larger than the Saturn V in mind?
15
How were the pins for Saturn V controlled release tested?
13
Double redundancy for the Saturn V LVDC computer memory, how were disagreements resolved?
19
How does the Saturn V Dynamic Test Stand work?
1
How did the Rotating Service Structure achieve environment control?
2
Was the Saturn V ever stacked anywhere other than KSC?