What I exactly need is to calculate the change in argument of perigee in 6 month.

What is the most realistic force model configuration for this purpose?

My configuration now is the following: 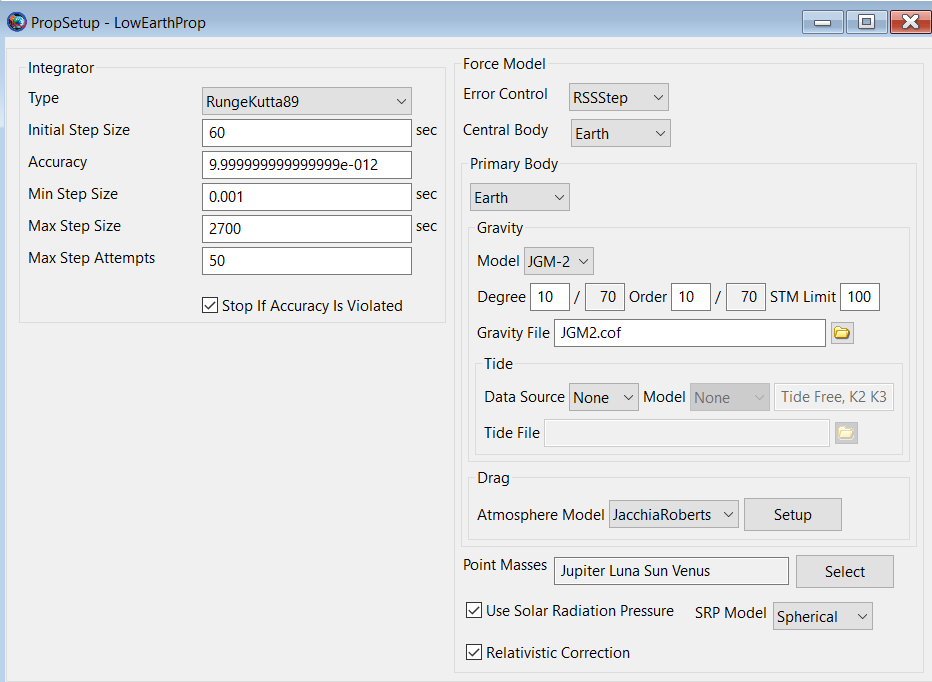 The notion of "the most realistic" is quite debatable. In fact, if you want the most realistic, you should be including the a precise 3D model of your spacecraft which includes the albedo of each infinitesimal surface of the spacecraft, take into account the shadowing of some parts of the spacecraft with respect to others (which will affect the reflectivity and therefore the solar radiation pressure), but also include the spherical harmonics of all the planets, include all the planets, include the comets and asteroids, etc. etc.

However, to answer your question of the study of argument of periapsis changes over six months, I would recommend that you only take into account the spherical harmonics as these will have the greatest effect. More specifically, you will likely find it interesting to propagate a spacecraft with different orders of the harmonics. Hence, I encourage you to propagate the spacecraft with only two body dynamics (i.e. turn off harmonics, SRP, drag and all the other bodies), and compare the drift in AoP with a propagation which takes into account Earth's harmonics of degree 2 and order 0 (commonly known as the J2 effect), and with degree 4 and order 0. Then, increase the fidelity of the model, by switching to a 21 by 21 gravity field.

I hope this helps.