Would not getting asteroid 2013 ND$_1$$_5$ into a polar orbit be the easiest way for it to become a moon of Venus?

Although this question is similar to this one, it is different because asteroid 2012 XE$_1$$_3$$_3$ has a transitional path between Venus's Lagrangian points L5 point and L3 point, whereas 2013 ND$_1$$_5$ follows a tadpole orbit around the L4 point.

It is following a tadpole orbit around Venus's Lagrangian point L4 and is also a Mercury crosser and an Earth crosser. It comes to within 0.05 AU of Earth periodically and has a diameter in the range of 40 to 100 meters.

Edit: From the example of a tadpole orbit on Wikipedia I got the impression that its orbital plane is perpendicular to that of Venus's orbit around the Sun.
If not, couldn't this be done with 2013 ND$_1$$ _5$, giving it gradually an increasingly larger orbit, and wouldn't this allow to approach Venus more easily ? 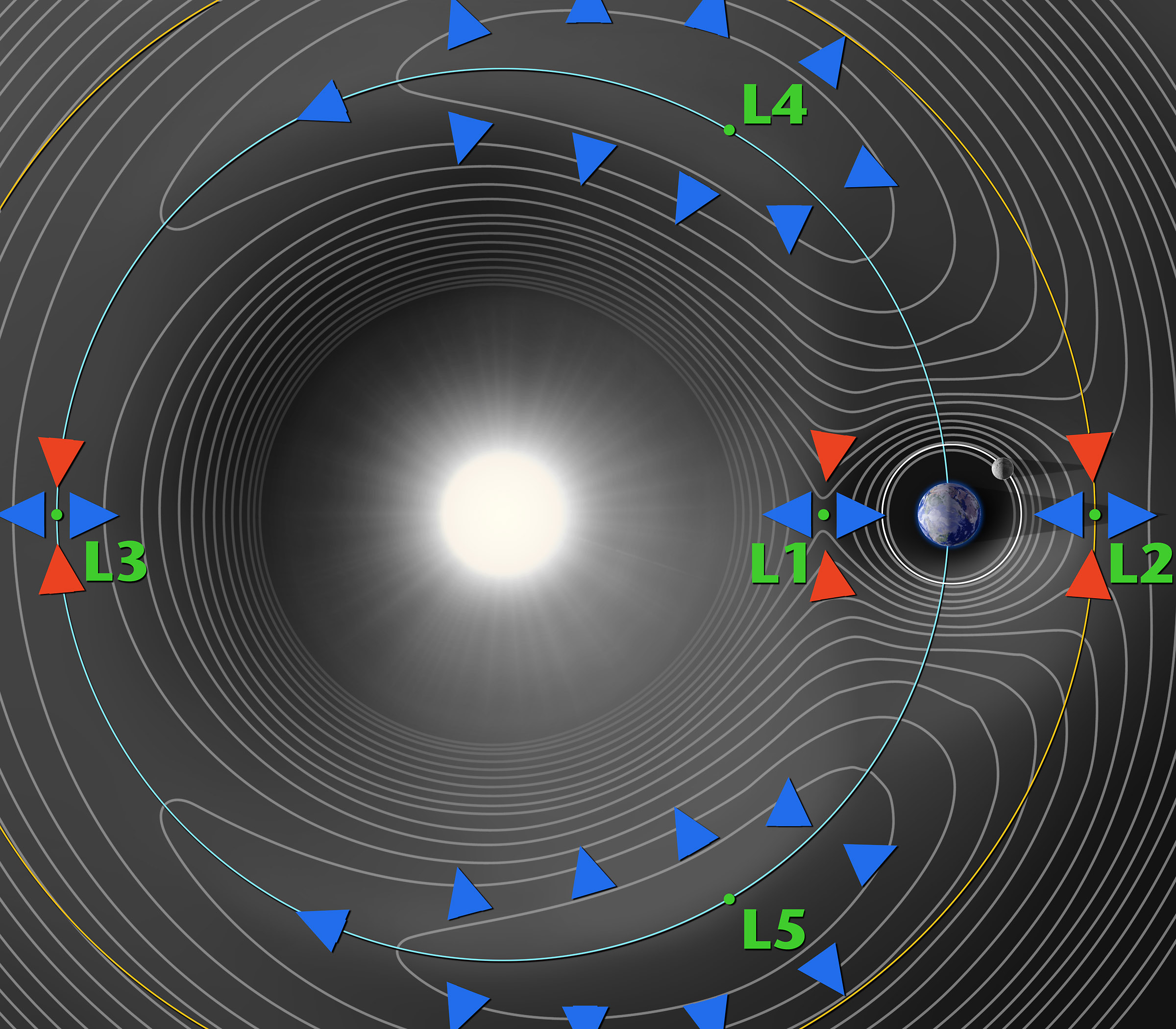 On the image above we can see that as the asteroid would approach Venus from L4 with an increasingly growing orbit in a plane perpendicular to the circular path of Venus around the Sun, in the end that orbit could go through both the L1 and L2 points.

Question: Can it be shown with equations and reasoning that a polar orbit around Venus would be the easiest attainable option ?

That's the rule when entering a single body system. You are going to leave with exactly as much velocity as you entered with. There are two notable exceptions:

This conserved quantity means the asteroid must be slowed down after encountering the Venus system, in order to be captured as a moon.

Regardless of how you go about slowing it down however, the hyperbolic orbit it enters the system with can be picked in advance at a $\approx 0 \Delta v$ cost.

A tiny nudge months or years before the encounter has butterfly-effect-like impact on the periapsis and inclination of the flyby, while quantities like the semi-major axis and angle between apsis line and angle of entry is are preserved.

The important thing here is the "inclination" part. An arbitrary inclination can be picked at close to zero cost. Thus, a polar orbit is as easy (or difficult) as any other inclination.

Not the answer you're looking for? Browse other questions tagged orbital-mechanics rockets asteroid venus rocket-equation or ask your own question.

8
How to calculate libration amplitude of objects orbiting the $L_4$, $L_5$?
11
A spacecraft leaves Earth exactly with escape velocity V2 - what trajectory it will have in Solar System?
1
Could asteroid 2012 XE$_1$$_3$$_3$ become a moon of Venus with the aid of rocket engines?
35
The dreaded apocalyptic asteroid approaches Earth but lands safely on the Moon at zero relative velocity
4
Stabilization of Lagrange point asteroids
6
Could a solar sail composed of smart glass stay near the L1 point of Venus?
1
Are there currently any spacecraft in orbit around Venus that might (or might not) be at risk of meteoric dust from comet Leonard C/2021 A?
6
With and without refilling at LEO, how much more than the landers weight of the Venera 9 mission could a Starship deliver near a pole of Venus?