Why such a large gap between ISS construction and inhabitation?

I was studying this NASA infographic, and noticed something interesting on the timeline portion: 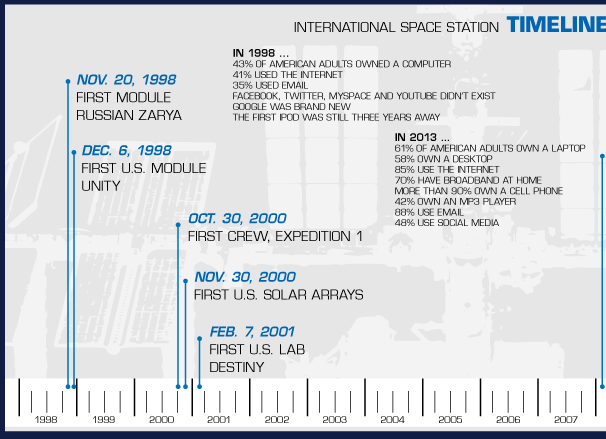 It looks like the station was originally assembled in late '98, while the 'first crew' didn't arrive until late 2000. Why?

Why wasn't the station inhabited from day 1? What wasn't ready? How was the station maintained during this timeframe?

The assembly of the International Space Station, a major endeavour in space architecture, began in November 1998. Russian modules launched and docked robotically, with the exception of Rassvet. All other modules were delivered by the Space Shuttle, which required installation by ISS and shuttle crewmembers using the SSRMS and EVAs; as of 5 June 2011, they had added 159 components during more than 1,000 hours of EVA. 127 of these spacewalks originated from the station, while the remaining 32 were launched from the airlocks of docked Space Shuttles.

The first module of the ISS, Zarya, was launched on 20 November 1998 on an autonomous Russian Proton rocket. It provided propulsion, attitude control, communications, electrical power, but lacked long-term life support functions. Two weeks later a passive NASA module Unity was launched aboard Space Shuttle flight STS-88 and attached to Zarya by astronauts during EVAs. This module has two Pressurized Mating Adapters (PMAs), one connects permanently to Zarya, the other allows the Space Shuttle to dock to the space station.

And this is how the ISS looked like when occupied by its first, Expedition 1 crew in 2000: 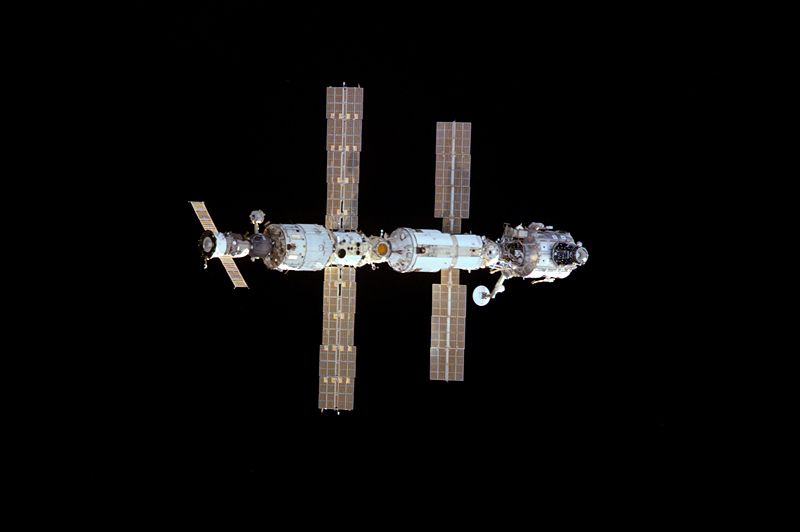 More about the assembly of the ISS is available in the Wikipedia link.

What is missing from your timeline in when Zvezda, the Service Module arrived. It was launched July 12, 2000 and docked on July 26, 2000.

The actual living quarters in the station, initially were all in Zvezda. Zarya could maintain orbital control, provide minimal power, and life support, but it is Zvezda that is really the main module of the station, at least at first.

It is basically a copy of the Mir space station module, modified. Until the US Hab module was launched, it was the main living space on the station.

Thus the gap is only 3 months and 4 days.

Should be noted that Zvezda was planned to be launched soon after Zarya and Unity. It was delayed by Proton launch failure in 5 July 1999, and by another failure in 27 October 1999.

There was a requirement of at least 2 successful Proton launches before putting ISS components on it.

I can't find reference now, it was in russian-language book, written by one of designers of Venera program.

I didn't find the book mentioned above, but found this.

According to the original assembly sequence for the redesigned space station in 1993, the Service Module was supposed to have been in orbit in April 1998. However, a series of delays, caused mostly by Russia’s continued inability to generate the funds required to pay for the Service Module, pushed the launch date back by some two years. The Service Module’s launch was delayed even further when the Proton rocket fleet suffered two launch failures. The failures were eventually traced to manufacturing problems within upper stage rocket engines and the system had to be redesigned. The continued delays forced NASA to come up with several contingency plans that were themselves also plagued by delays and cost overruns. The launch of Zvezda finally paved the way for the launch of the U.S. laboratory module, Destiny, and occupation by a permanent crew

Not the answer you're looking for? Browse other questions tagged iss crewed-spaceflight construction habitat orbital-assembly or ask your own question.

8
What are the practical engineering difficulties in building and launching large inflatable modules?
10
ISS: time between two successive observations and orbital period
9
Could explosives replace drilling for science and construction in space?
17
Why was Dragon sent to the isolation room?
5
Does the cargo type to ISS differ between different carrier spacecrafts such as Progress, Dragon, HTV, Cygnus?
11
How were the ISS compartments attached and pressurized?
2
Expected differences between concrete prepared on the ISS and matched samples prepared on Earth?
4
What have been so far the benefits of the competition between construction sites for Starship by SpaceX?
6
Are there any differences in docking procedures between ISS and manned capsules vs. unmanned capsules?