How do rockets "blow" smoke rings? Did "smashing through Max-Q" really do this?

The Teslarati article SpaceX delivers largest commercial satellite in kick off of Falcon 9 marathon includes several beautiful photos, of the Telstar 19V launch, including the one below.

It shows what looks like a "smoke ring" or vortex ring. Without video though, it's hard to be sure that it's a proper vortex ring which should show some rolling motion around the circe of the torus.

While the caption for the image says:

B1047 created an extraordinary ring vortex rainbow as it smashed through Max Q, the point of highest aerodynamic stress on the rocket.

I don't see how this could be an explanation. Dramatic things do happen when one crosses mach-1 or "the sound barrier" (see image and linked discussion below, there is no "barrier", no barriers were harmed in the making of this photo) but reaching the maximum of something, or any extremum or inflection point implies a leveling off of something, where the first derivative is zero and nothing "suddenly happens". Max-Q becomes a fuzzy concept when a realistic rocket at a non-zero angle of attack is considered, and the total aerodynamic loading needs to be integrated over the entire craft, and not just the point of a theoretical nose cone.

Question: So I'd like to understand better if this is really a vortex ring to begin with, and if so, what caused it, and if the "instant of Max-Q" is really when it happened and "smashing through" it is the cause. 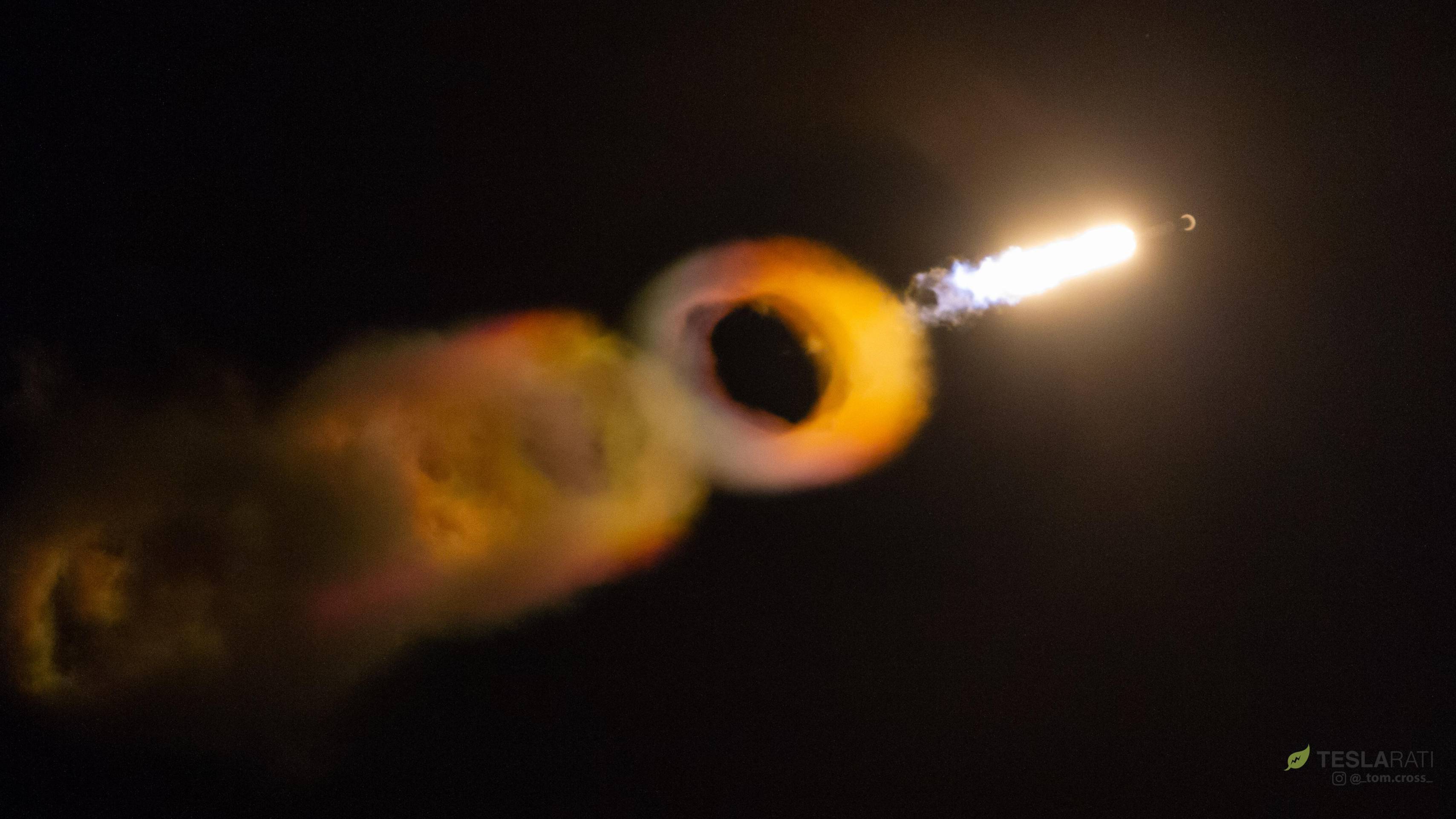 above: "B1047 created an extraordinary ring vortex rainbow as it smashed through Max Q, the point of highest aerodynamic stress on the rocket. (Tom Cross)" From here. 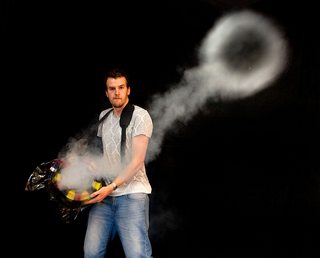 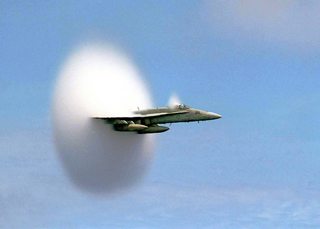 above left: Vortex Ring Toy. "A smoke ring being produced by a modified, smoke-filled garbage bin" from here

This is not directly caused by 'breaking the sound barrier', and also doesn't seem to be an example of a typical vortex ring as shown in the question.

More likely it occurred as Falcon 9 passed through a particularly humid layer of the atmosphere. This, combined with the low-pressure region behind the vehicle, causes water from the engine exhaust to condense into a visible cloud.

The spectacular light show was presumably caused by the engine back-lighting being refracted through the cloud, creating a rainbow effect.

Tim Dodd gave a good explanation of the phenomenon in a video.

This is similar to a vapour or shock cone which occurs when existing water condenses in the low pressure region following the shock front of a body passing through air at transonic velocities. The main difference here is that vapour cones are always connected to the feature creating the shock wave, whereas this example is clearly detached from the vehicle.

This localised condensation in the wake of launch vehicles (and airliners) it quite a common sight since they rapidly pass through many different layers of atmosphere, therefore encountering very varied levels of local humidity.

A particular clear example of this is from the launch of the Solar Dynamics Observatory in 2010: 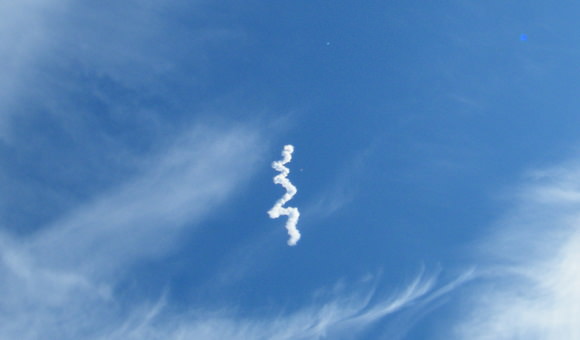 Not the answer you're looking for? Browse other questions tagged spacex falcon-9 physics exhaust or ask your own question.

1
How to calculate mechanical stress on certain parts of rockets?
2
How did this upper stage end up on a collision course with the moon?