Which launch sites were considered for Ariane 6?

I often see it mentioned that the selection of the launch site for Ariane 6 was one of the preliminary requirements that froze its final design. That does make sense, especially since there was some disagreement between DLR and CNES whether Ariane 6 should have a solid fueled first two stages or not, with solid core likely leaving less of a leaway in launcher's configurations, depending on which launch site it would operate from. 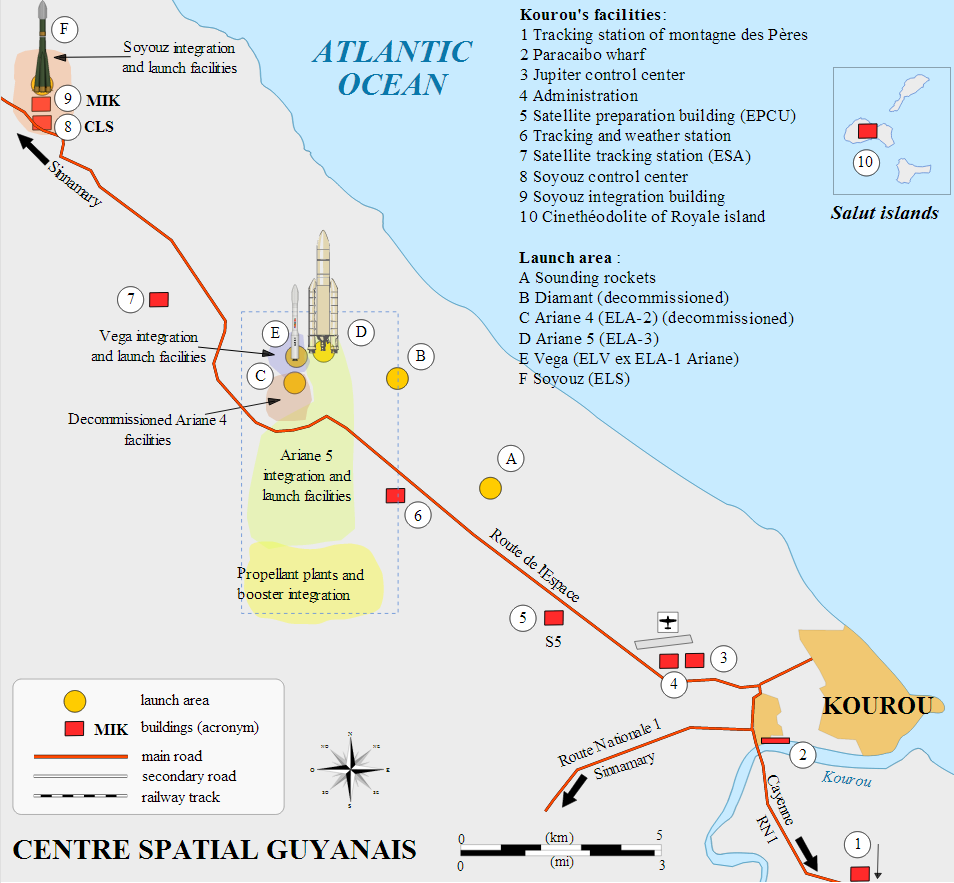 The launch site selected was, expectedly so, French Guiana and a new launch pad will be build for this carrier rocket in the Guiana Space Centre, Kourou. What I didn't find anywhere is however which other launch sites were considered for this, now with finalized preliminary design, ESA's next generation launcher? So to my question:

Which other launch sites (except Kourou) were considered by ESA for Ariane 6, and what arguments eventually tipped the scale in favor of Kourou?

I suspect you're referring to articles like this one:

With Ariane 6 Launch Site Selected, CNES Aims To Freeze Design of the New Rocket in July

Taking advantage of work done years ago on what was then a quarry, CNES officials have selected a site to the north of the Ariane 5’s launch site for Ariane 6, an area called Roche Nicole. Quarry construction left a large pit, now filled with water, that will be used for the Ariane 6 flame trench.

CNES officials say that because of the quarry work, done to support launches of the now-retired Ariane 4 rocket, the flame trench is now the equivalent of 70 percent complete even though no work has begun on it.

CNES managers at the Guiana Space Center spaceport, on the northeast coast of South America, recall the difficulties they had in completing the flame pit for Russia’s Soyuz rocket, which is operated from the European spaceport under an agreement with the Russian government that expires at the end of 2016.

Given the way it's worded, I think the launch site was always going to be at Kourou. The only question was where within the spaceport the new platforms would be built. Because Ariane 6 was conceived as a cost-saving measure, it'd make little sense to develop an entirely new spaceport, especially as Kourou is ideally located for launches to equatorial orbits.

Not the answer you're looking for? Browse other questions tagged launch-site esa ariane site-selection space-program or ask your own question.

15
Why are Europe’s Air & Space Academy and DLR urging ESA and CNES to reconsider the use of solid fuels for the proposed Ariane 6?
9
What is a flame trench?

19
How much of an advantage do equator-proximal launch sites provide?
15
Why are Europe’s Air & Space Academy and DLR urging ESA and CNES to reconsider the use of solid fuels for the proposed Ariane 6?
5
What will be the launch and landing sites for Orion?
18
Why multiple lightning towers at launch sites?
15
How often are space launches substantially delayed by protests physically at the launch site?
25
Which has been the most gregarious rocket, launched from the most sites?
6
What is “additional line load” [N/mm] for the Ariane 5 launch vehicle?
1
Will Ariane 5 ECA have LES for the launch of JWST?
2
Top American rocket launch sites?