Why is this rocket transparent, and why is there a nozzle in the nose, pointing up?

The tough question NASA at sIxty years, will there be a new moonshot mandate? links to the NASA YouTube video NASA 60th: How It All Began which shows a lot of really nice, historical file footage and stills.

At about 01:56 there is a still of an engineer standing next to what looks like a sounding rocket, or a model of one, that is transparent. Behind the engineer is an inflatable, metallized balloon, smaller, but similar to the ones shown in the question Did Echo 2 remain spherical without requiring gas pressure? If so, how is this known to be true?, and it looks like an un-inflated balloon is stowed in a compartment of the transparent rocket as well.

Most likely, the rocket is transparent because it is just a model, but I am still wondering what that thing is that looks like a nozzle, pointing up, in the cone.

below: Screen shot from the NASA YouTube video NASA 60th: How It All Began. 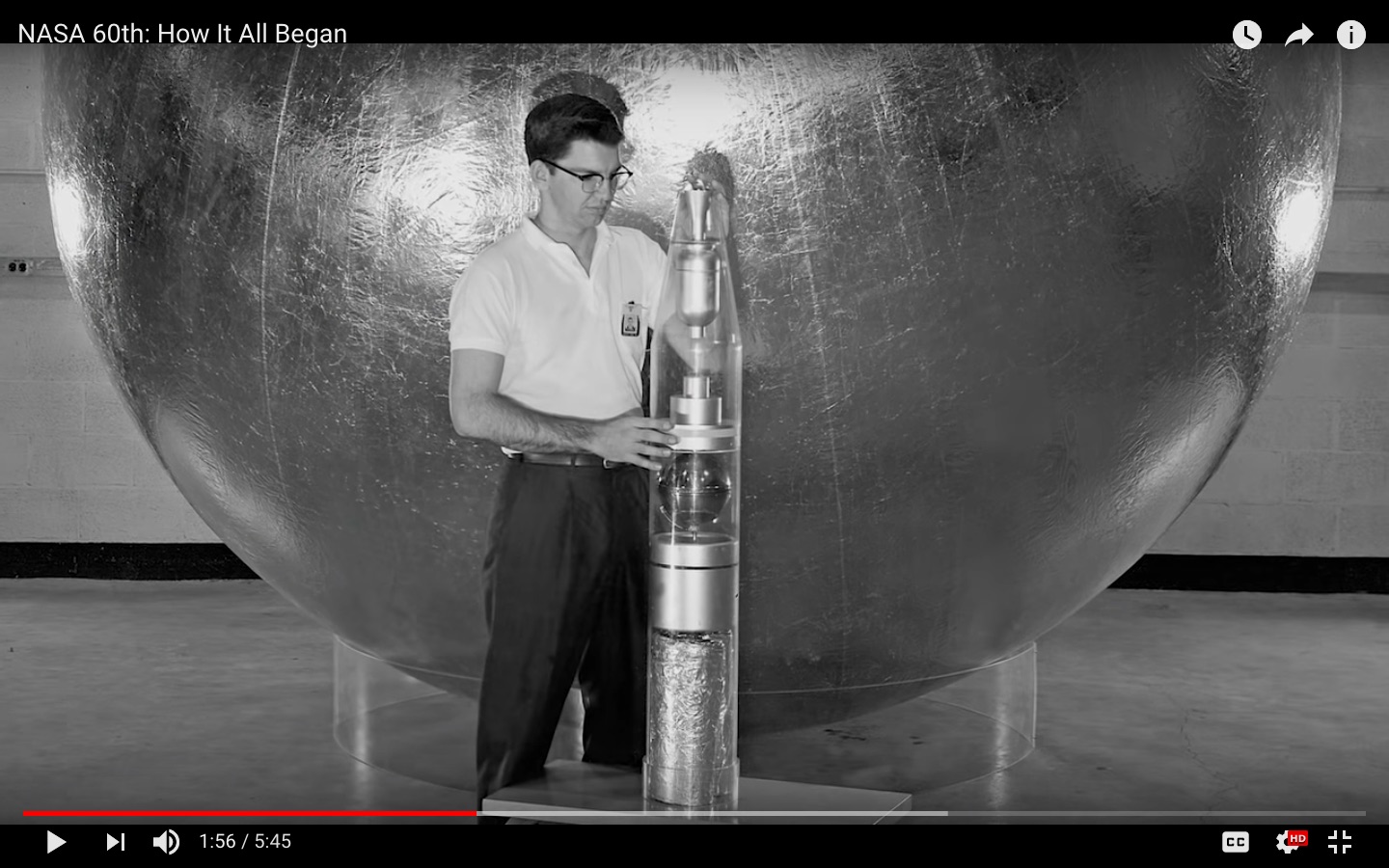 That is a model of a Vanguard nosecone / third stage with an "IGY magnetometer satellite" at the top. The sphere is the "Sub-Satellite", a precursor of Project Echo. 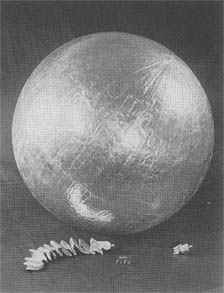 Sad ending: It blew up in the launch attempt of the Vanguard SLV-5 vehicle.

Another picture of the model is found in the same document (source linked below). 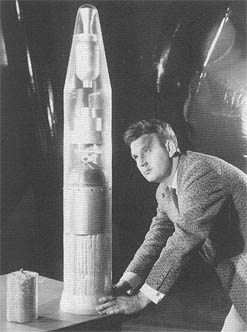 The official NASA history of Project Vanguard also calls it a "magnetometer". (page 226)

The final, real-world payload may not have looked like this model. It may have looked more like Vanguard 3 shown in the answer to this question: This BBC photo does not show a replica of Vanguard-1, what might it be?

Not the answer you're looking for? Browse other questions tagged history identify-this-object fairings balloons sounding-rocket or ask your own question.

16
This BBC photo does not show a replica of Vanguard-1, what might it be?
11
Did Echo 2 remain spherical without requiring gas pressure? If so, how is this known to be true?
0
NASA at sIxty years, will there be a new moonshot mandate?
1
What is the Fischer 1960 Mercury Ellipsoid, and why is it called that?

5
Identify this rocket and launch site from Gilligan's Island episode?
8
What is the function of this array of what looks like mirrors on TESS?
1
What is an "M motor"? (used in a full-scale model of a Corporal missile)
2
Saturn I's four outer engines' gas generator exhaust, why not vent to the side like the four inner engines?
3
What JPL laboratory is this exactly, and what are the functions of these amazing-looking control panels?