How did "the kid" (John Meisenheimer) calculate that there was a wave in the jet stream and Explorer 1 would be okay to launch?

The tough but timely question NASA at sIxty years, will there be a new moonshot mandate? links to the NASA YouTube video NASA 60th: How It All Began which shows a lot of really nice, historical file footage and stills.

After about 02:50 there is a short commentary by NASA Launch Weather Officer John Meisenheimer about the decision to first delay, and the next day to launch Explorer 1 (1958 α1 (now written 1958-001A), NORAD #4), the first satellite put into orbit by the United States, following the Soviet Union's successful Sputnik 1 and Sputnik 2.

At one time, they measured the jet stream wind at 227 miles an hour (365 kph) over the cape. Well, of course, it would have driven the rocket off course, Range Safety would have blown it up immediately. The next day my calculation showed there was a wave in the jet stream. By evening, there would be a window of opportunity. I convinced him that probably would do it. And so he said 'okay, we’ll listen to the kid go fuel the rocket.' And things went well.

Question: How did "the kid" (John Meisenheimer) calculate that there was a wave in the jet stream and Explorer 1 would be okay to launch? Is this based in part on the analysis of doppler radar data, satellite, data (humor), balloons, high altitude planes? 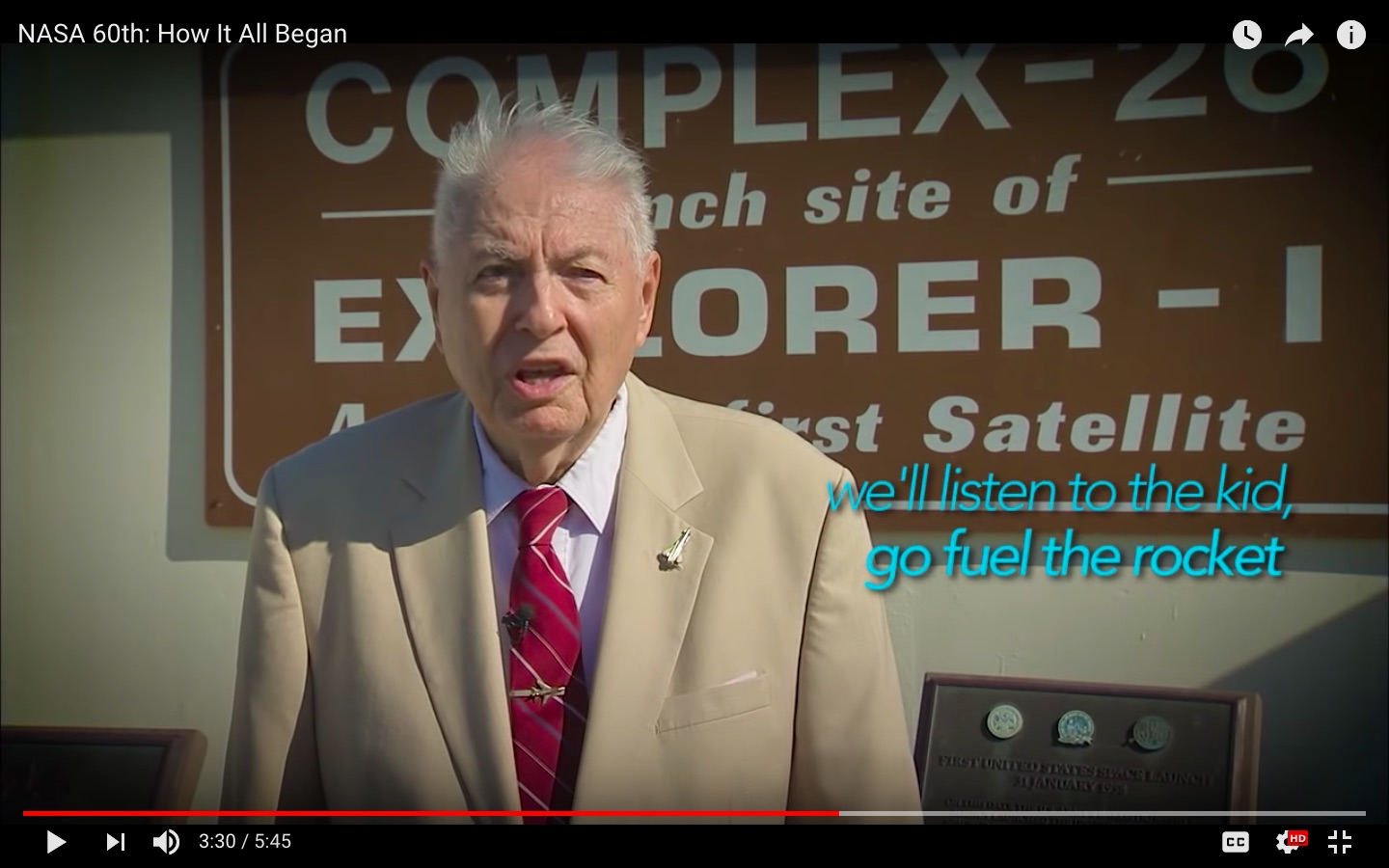 8
What are "high altitude winds" and why do they often delay rocket launches?
0
NASA at sIxty years, will there be a new moonshot mandate?

11
Why did NASA intentionally crash the Lunar Atmosphere and Dust Environment Explorer (LADEE) on the moon?
21
How did NASA Conclude that the General Theory of Relativity was not Needed for Earth-Moon Flight Path Computation?
7
How did NASA refer to dates and times of a mission in the 1970s?
6
What stole the INSPIRE cubesat launch opportunity, and will there be another?
6
Where and when did the traditional “wave across the ditch” take place?
4
How would the Apollo telescope have worked in the Apollo command module? Where would it be located and how would it be operated?
2
At what conference did the "von Kármán line" arise, and was discussed for the first time?
4
Was there a spacecraft that was clearly the first to be put in a polar orbit?
27
How did they access the LM to mount the flag package while the Apollo stack was already on the launch pad?