What is this red gas at the exhaust of the Long March 3B rocket during liftoff?

While watching today's live stream of the launch of the China National Space Administration (CNSA) Long March 3B rocket carrying Chang'e 3 lunar exploration probe and the Yutu rover to the Moon, @Everyone has noticed (chat room transcript with to launch relevant links and video screengrabs) that the rocket exhaust appeared unusually reddish during early launch phase while the rocket was clearing the launch tower.

Rewatching some launch videos (with English commentary, and without), I've established that this red gas only appears at the first few seconds of the burn of the first stage and booster engines, and the exhaust plume later appears normal. Some cameras show it slightly more yellowish than others, but that could be, I guess, put down to calibration and color profile of individual cameras used for the transmission. Knowing what I was looking for, I found this nice photograph of the early launch phase of Long March 3B on Chang'e 3 mission: 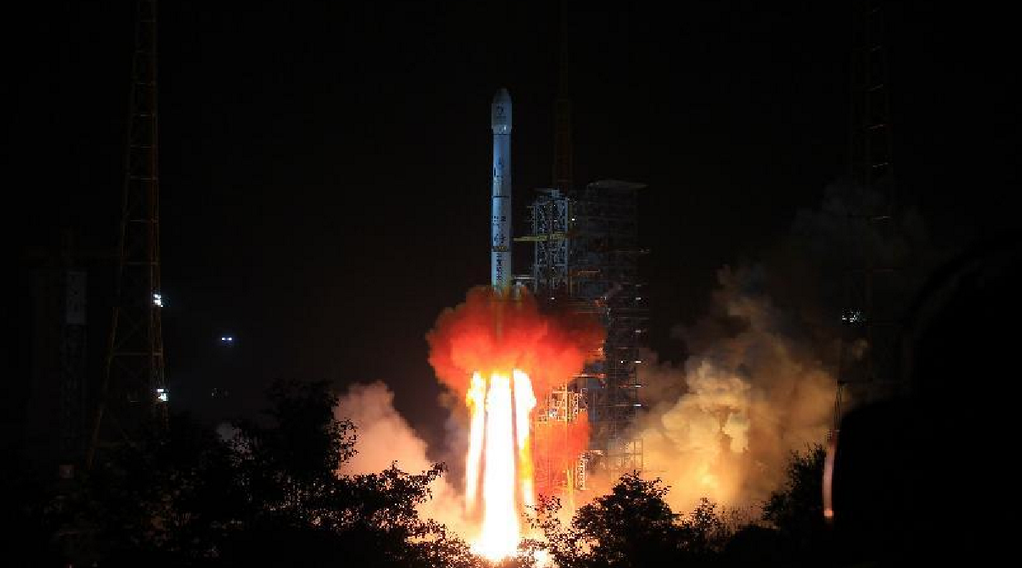 This red gas somewhat reminds me of the cold expansion gas used to launch ballistic and cruise missiles, and if that's it, can also be seen during some rocket launches of into orbital launch vehicle converted ICBM (Intercontinental Ballistic Cruise Missile) systems, for example the silo-launched ISC Kosmotras' Dnepr-1 rocket that pops out of an underground silo with the help of some red and presumably cold expansion gas and ignites its main engine mid-air (also seen in e.g. this YouTube video): 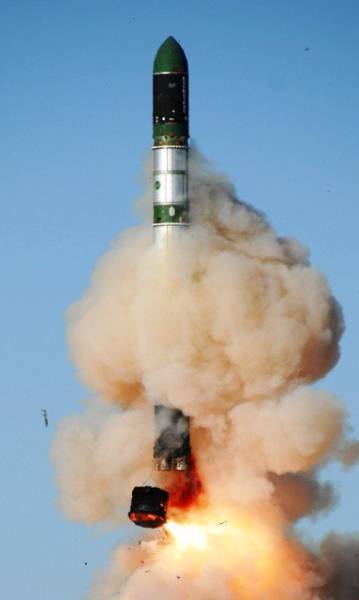 So my question is:

What is the red gas at the exhaust of the Long March 3B rocket during liftoff, and does it have anything to do with that red expansion gas used for silo-launched and likely submarine-launched ICBMs and converted into orbital launch vehicle ICBMs? What is it, and why would the first stage or perhaps booster rockets of the Long March 3B use it?

So the color at the exhaust actually shows how well it is mixed with hydrazine at fuel / oxidizer injectors and the efficiency of the engine? I don't mean these first few seconds, but also later on. And another funny thing, dinitrogen tetroxide is apparently completely white at -196°C and below and gets darker red as temperature increases. 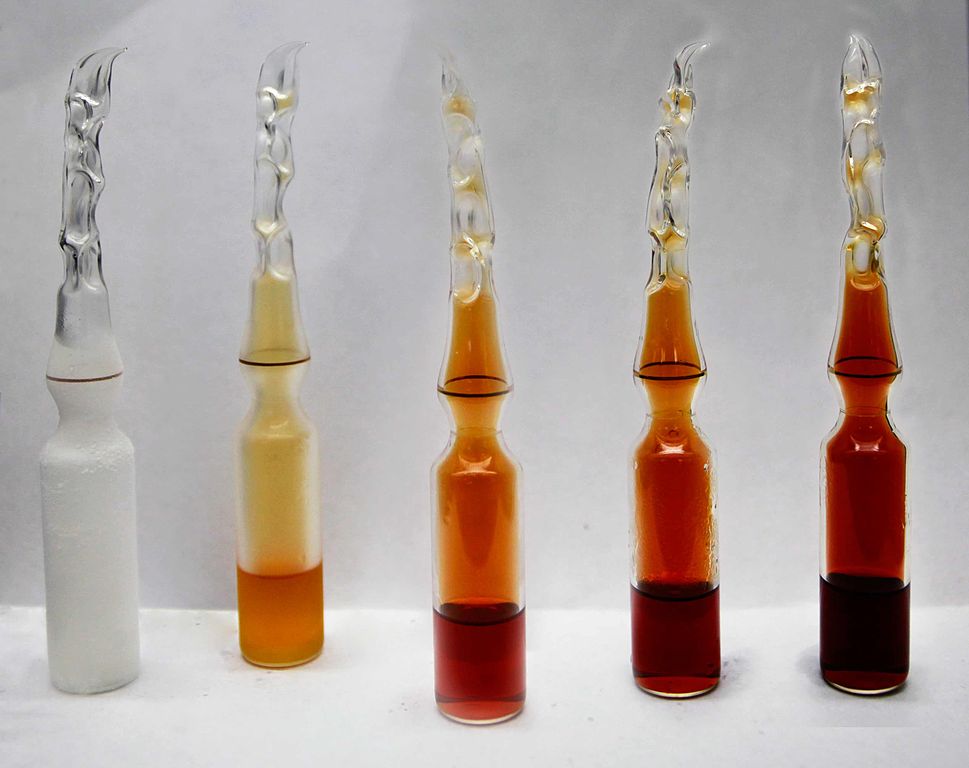 Not the answer you're looking for? Browse other questions tagged fuel china chang-e long-march or ask your own question.

6
What is producing the orange-brown smoke in the exhaust of some North Korean missiles?

9
If China wanted to hush the purpose of a space launch, can it be inferred outside of China?
16
What's falling off the Shenzhou/Long March stack?
4
CZ-5 plus YZ-2 put SJ-17 in GEO - third stage or separate spacecraft?
21
Does the Long March-11 increase its thrust after clearing the launch tower?
3
Are these statements about “a first use of grid fins by China” simply wrong?
4
Is it realistic to assume the Chinese Long March 5b “just missed New York”?
7
Why do the Chinese launch most of their rockets so far from the coast?