What are "Ohms burns" in the context of Scott Kelly, KSP, and the Space Shuttle?

When Scott Kelley is talking about orbit circularization he says (per the on-screen captioning):

Question: What are Ohms burns, and why are two needed? 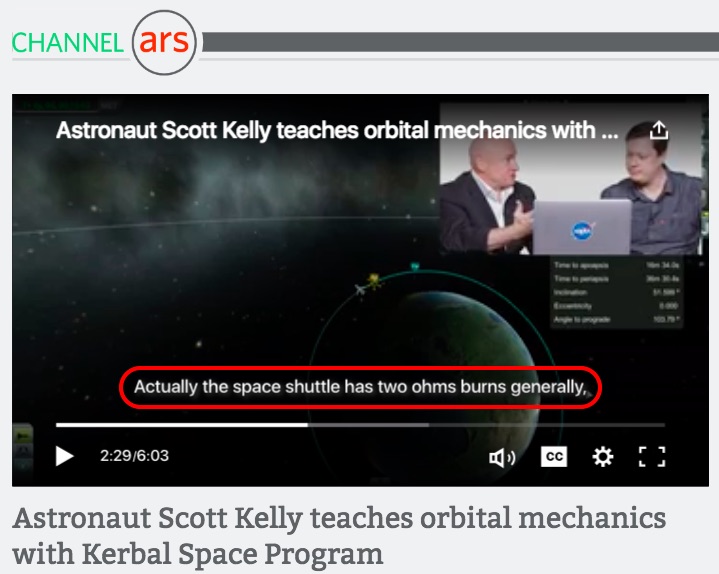 Ars Technica's Lee Hutchinson sits down with astronaut Scott Kelly while they play Kerbal Space Program. Scott Kelly uses his experiences on the real International Space Station to give his opinion on the accuracy of the video game.

Since the questioner also asks "why are two needed" and the other answer didn't address that:

Early shuttle missions flew a "standard insertion" ascent. This required two burns of the Orbital Maneuvering System after the main engines shut down and the external tank was jettisoned. The first burn (OMS-1) raised the apogee of the orbit, and the second one (OMS-2) circularized the orbit by raising the perigee.

For STS-41C and subsequent1, "direct insertion" ascents were flown. The trajectory was shaped so that a higher apogee was achieved on the main engines, and only the OMS-2 burn (it retained that name) was required.

These graphs from the Shuttle Crew Operations Manual show the performance advantage of direct insertion missions. 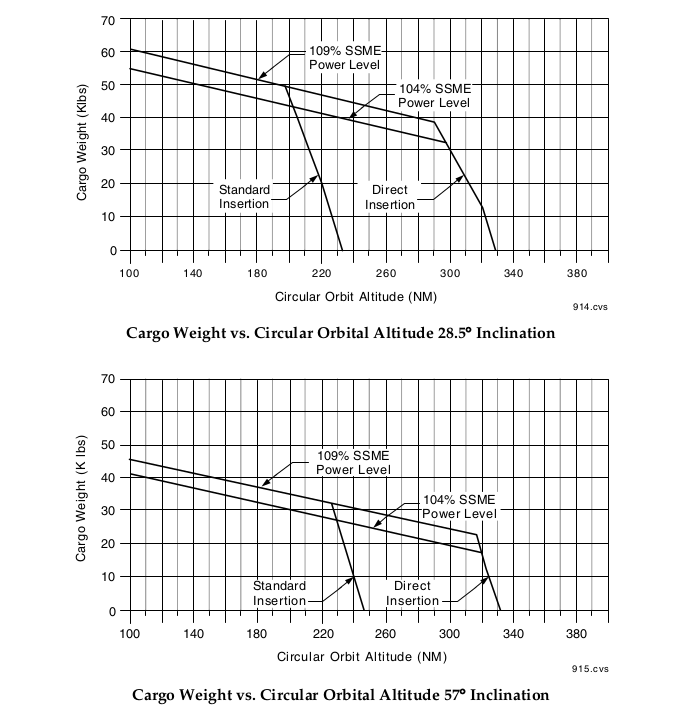 Incidentally, "direct insertion" implied that the external tank was released into a higher orbit and it flew a lot further around the Earth before reentering, than it had for the standard insertion missions. 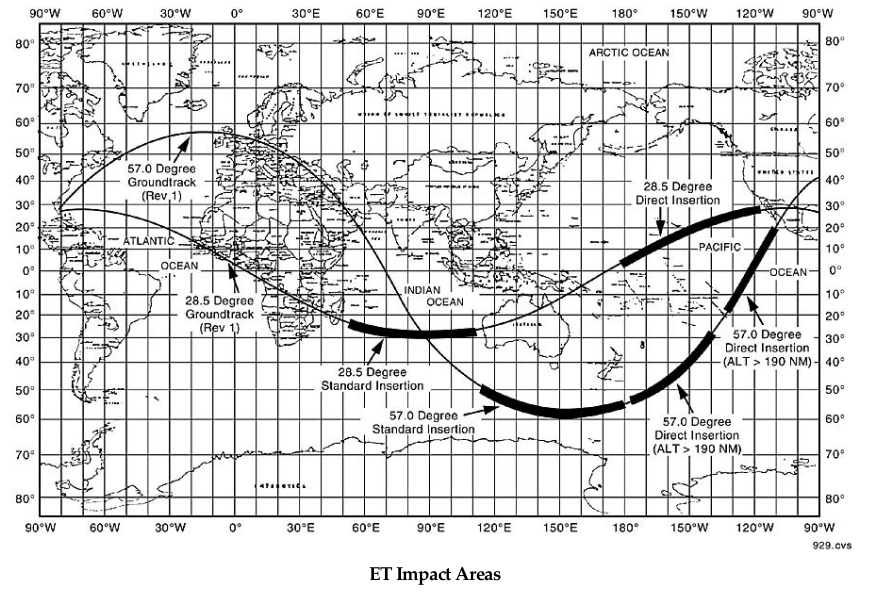 The OMS (and the aft Reaction Control Systems) were contained in pods on either side of the Orbiter's vertical tail. 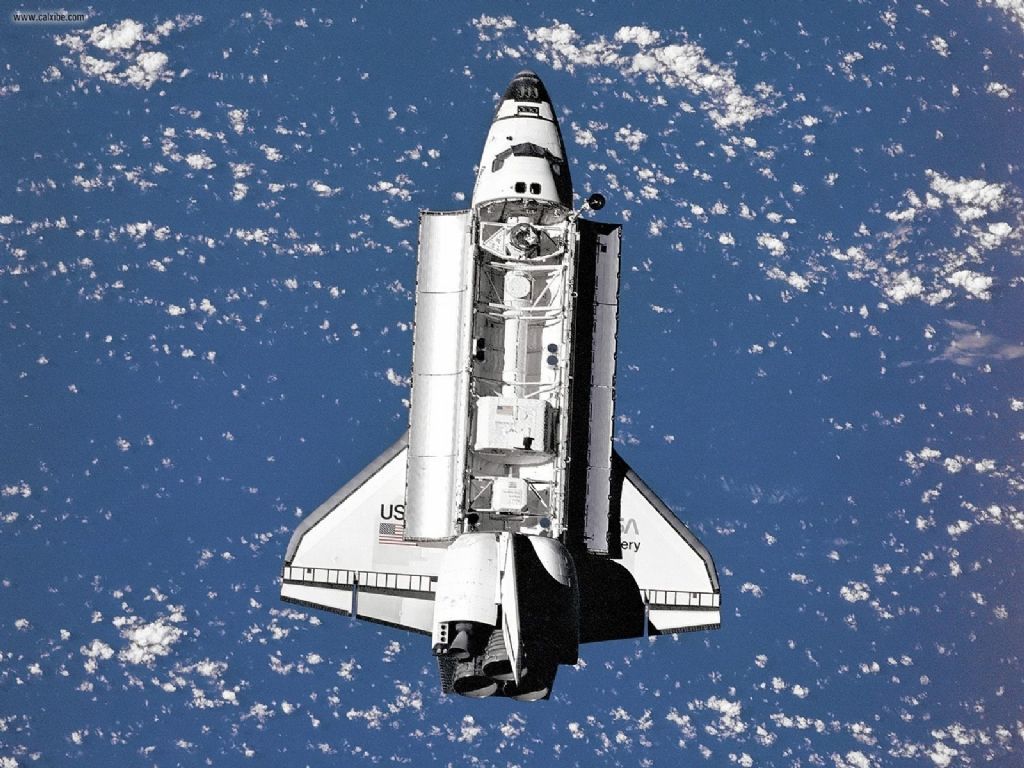 Here is a cutaway drawing of the pod, with some pertinent info, from the 1982 Space Shuttle Press Reference.

That's a mistranscription of OMS Burn, or Orbital Maneuvering System burn. The OMS system is how the shuttle changed its orbital characteristics. You can read about it here. One, two or more might have been used to fine tune the orbit, avoid space debris, rendezvous with the space station, etc.

Not the answer you're looking for? Browse other questions tagged orbital-mechanics launch space-shuttle orbital-maneuver kerbal-space-program or ask your own question.

31
What are these membranes at the aft end of the Shuttle that get torn off during lift off?
7
Is an orbital insertion burn part of any launch from earth
7
What is the maximum number of OMS burns executed during a single Shuttle mission?
2
Which orbital elements are normally targeted at launch?
4
Space shuttle PEG ascent burns
2
What was the normal function of the (coax?) crosshairs used during the Apollo 13 famous manual burn?
2
What exactly is "OMS2 Phase Angle"?

16
What range of orbital elements was available for the Space Shuttle?
12
What is the problem with aborting a Space Shuttle launch?
23
What are the small gas jets at the rims of the Space Shuttle Main Engines?
7
What is the maximum number of OMS burns executed during a single Shuttle mission?
84
What can the KSP game actually teach about spaceflight and orbital mechanics, and what are its limitations?
14
Are patched conics (and by induction, KSP) "useless" for simulating ion propulsion?
7
What are these Space Shuttle cockpit elements and what are they for?
3
When doing an interplanetary Hohmann transfer, are additional escape and capture burns necessary in addition to the two Hohmann Transfer burns?
4
Space shuttle PEG ascent burns