Why was orbital rendezvous considered so controversial?

It's popularly understood that the Apollo program only selected lunar-orbital rendezvous as a mission profile after first thoroughly rejecting the direct ascent profile. It seems as though the decision to go with LOR was highly controversial at the time, because it was seen as very risky relative to the other options (earth-orbital rendezvous and direct).

My question is -- why? In retrospect, of course, lunar-orbital rendezvous not only turned out to be the "right" solution from a design perspective, but it was largely a non-issue (notwithstanding the challenges of Gemini 4). To me, rendezvous seems to be primarily a problem of orbital mechanics, which is purely basic Newtonian physics. Of course, as Gemini 4 demonstrated, it isn't a trivial problem... but why was it not seen as a solvable engineering problem? Isn't it much less complex than the risky and dramatic engineering needed to build bigger and more reliable rockets? 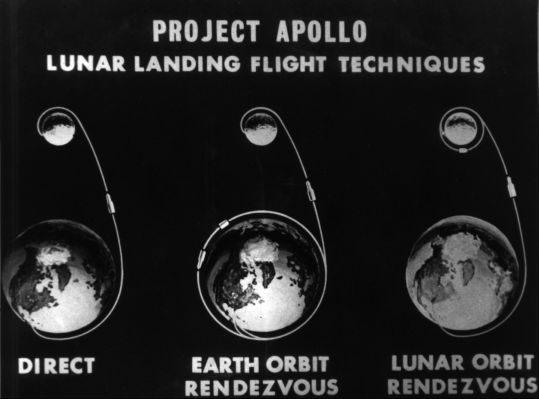 It wasn't a non-issue at all, it was a complex technological problem to solve. When the Apollo program was conceived space flight was still in its infancy, humans had been in orbit, just. Orbital rendezvous was theoretically possible, but required technologies, techniques and procedures that nobody was sure could be developed in the time-frame:

At the time the proposed rocket designs had the power for direct ascent, and there was confidence they could be built (at least in some circles), so direct ascent seemed less risky. Once the realities of engineering and paying for the Nova size rockets set in, and there was more confidence in being able to develop the underlying technologies, LOR won out.

In addition to the complexities of actually performing the docking there is the additional detail that the abort options are significantly reduced. If one always has the fuel for the return trip, one can abort at any time. By only having the means to return in orbit, one would have to first rendezvous in Lunar orbit, which means the abort options were somewhat limited.