What are these Space Shuttle cockpit elements and what are they for?

In a book I'm reading, there is a figure showing the inside of a cockpit of a Space Shuttle.The labels point out various pets including an aluminum plate, an avionics bay, and an open grid panel, as below: 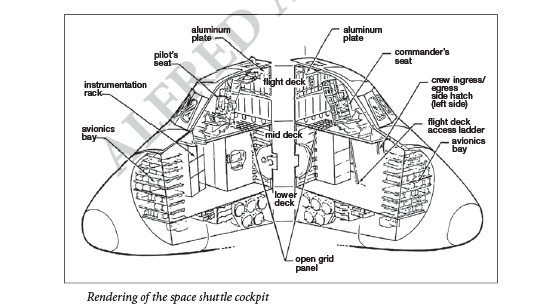 Here is the figure in the Italian version, hope it will help. 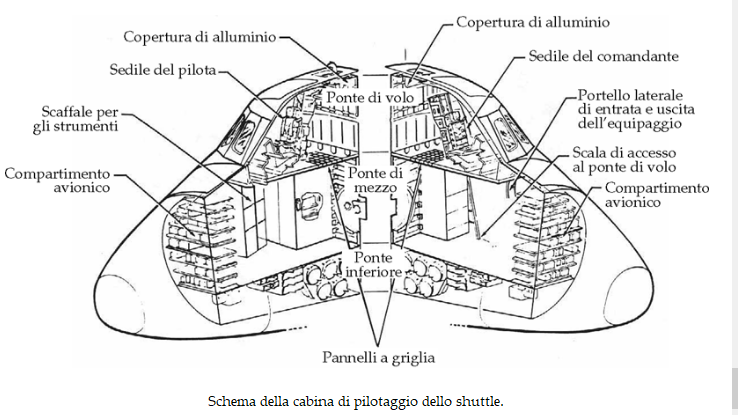 tl;dr that picture is very poorly labeled and contains at least two errors.

This is probably the original that has been copied over the years, from the 1982 Shuttle News Reference . 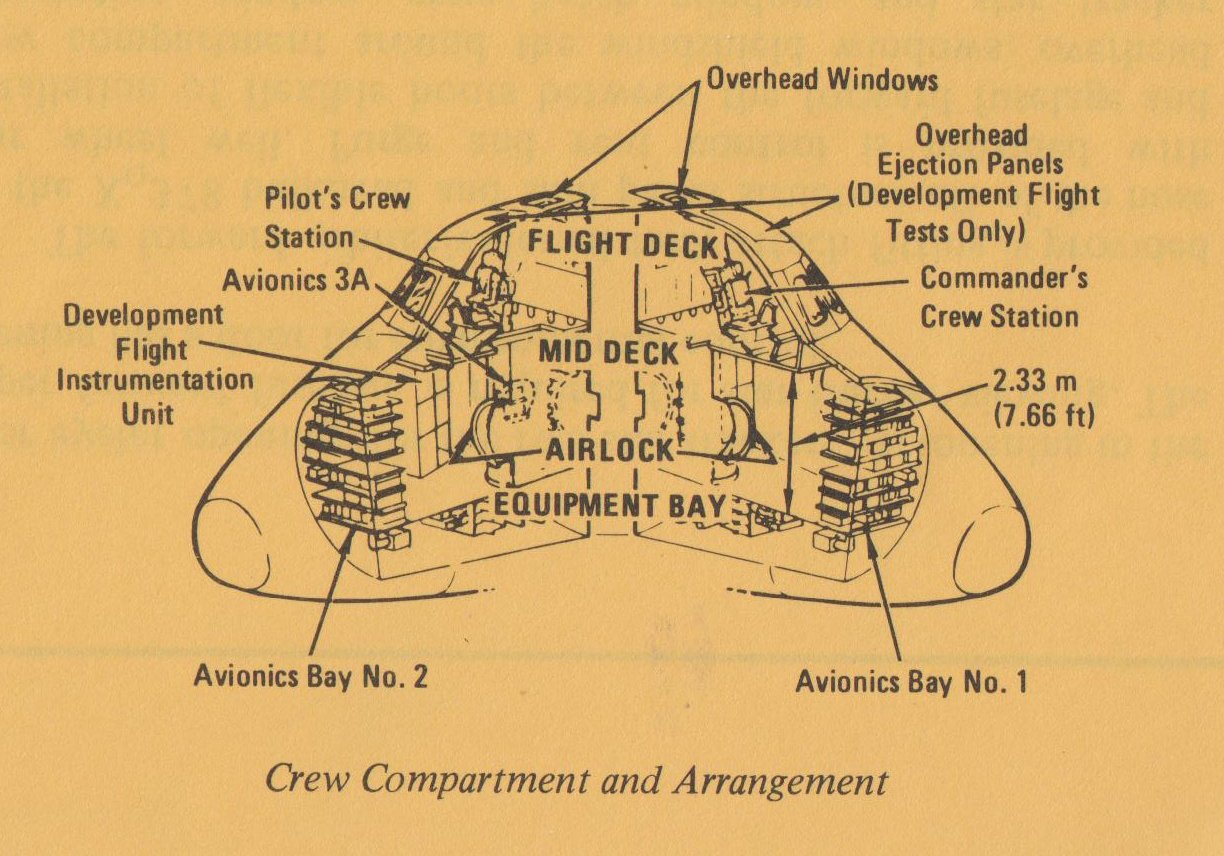 An "avionics bay" is a volume filled with computers and other 'black boxes'. There were three of them in the Orbiter's crew compartment as shown in this drawing from the SCOM. The equipment in them was cooled by either forced-air cooling or by coldplates serviced by the Orbiter's water cooling loops. (There were also three unpressurized aft avionics bays in the Orbiter aft fuselage; the equipment in them was cooled by coldplates served by the Freon cooling loops.) 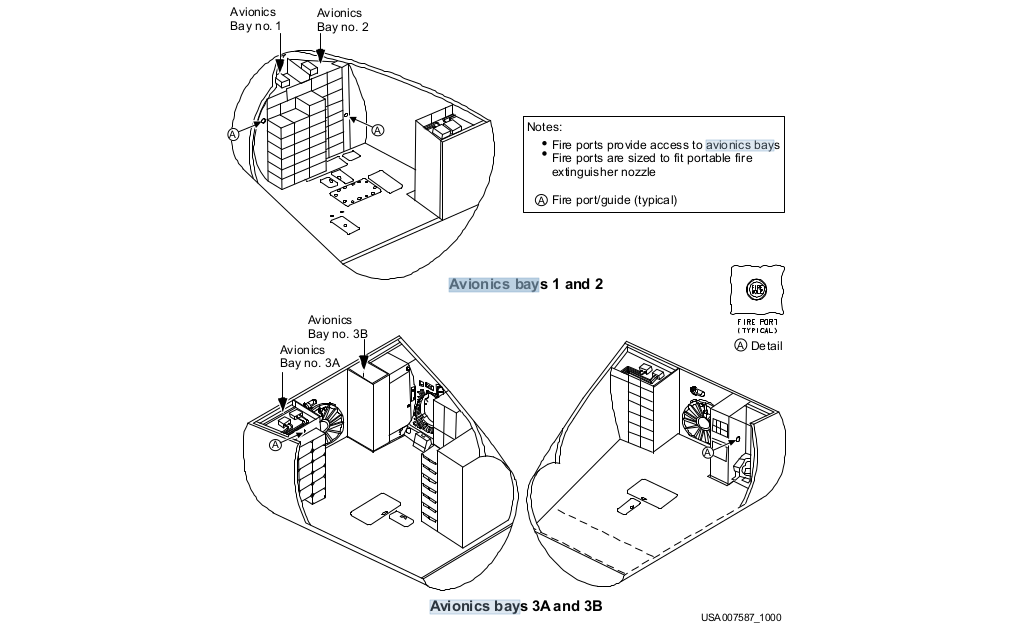 Here is a picture I took of equipment in one of the avionics bays in an Orbiter when it was in the Orbiter Processing Facility (OPF). 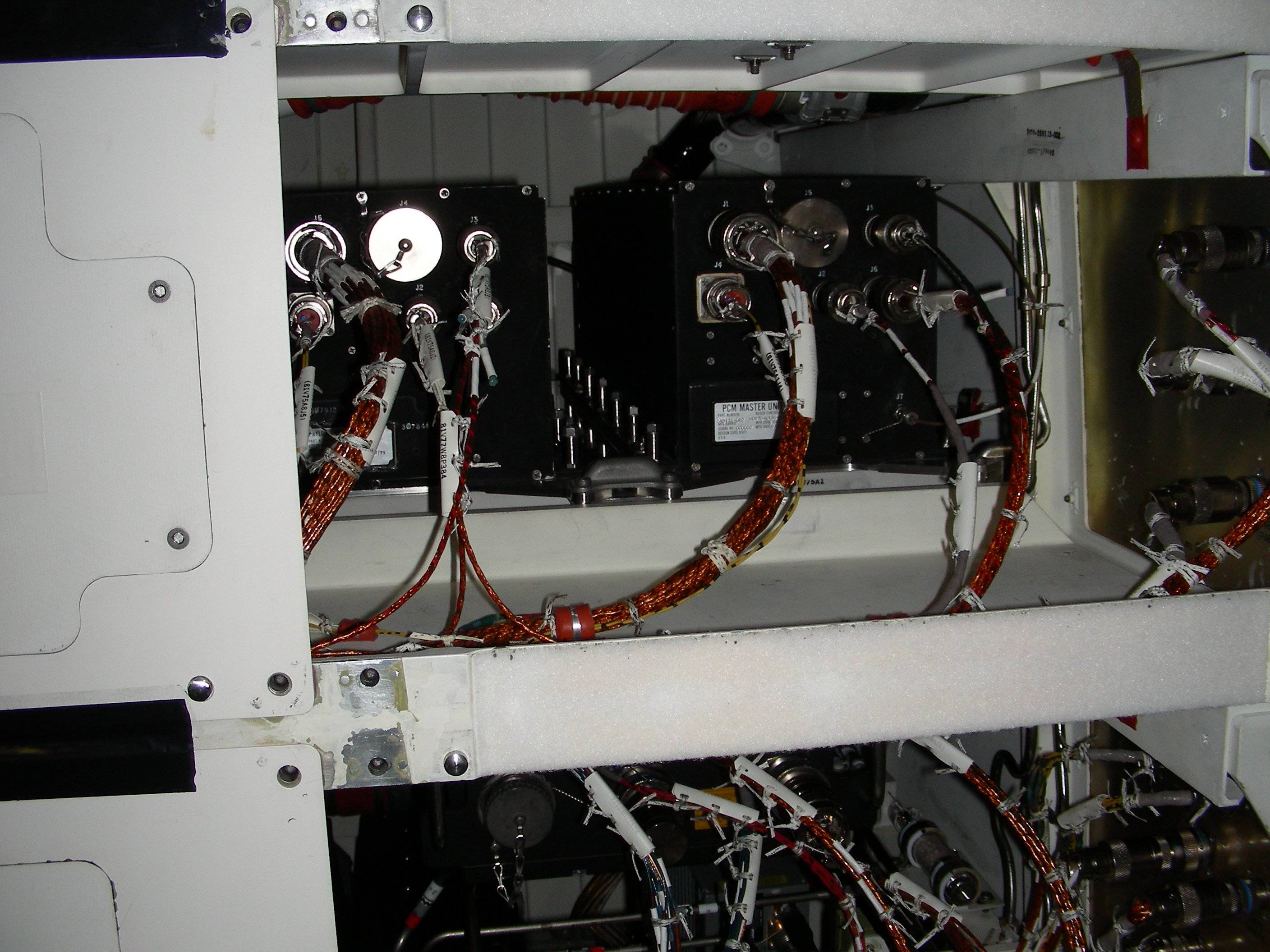 You can see in this picture from the STS-131 mission that there is no open gridwork in the area called out in the illustration. Mission Specialist Naoko Yamazaki is in one of the access holes. 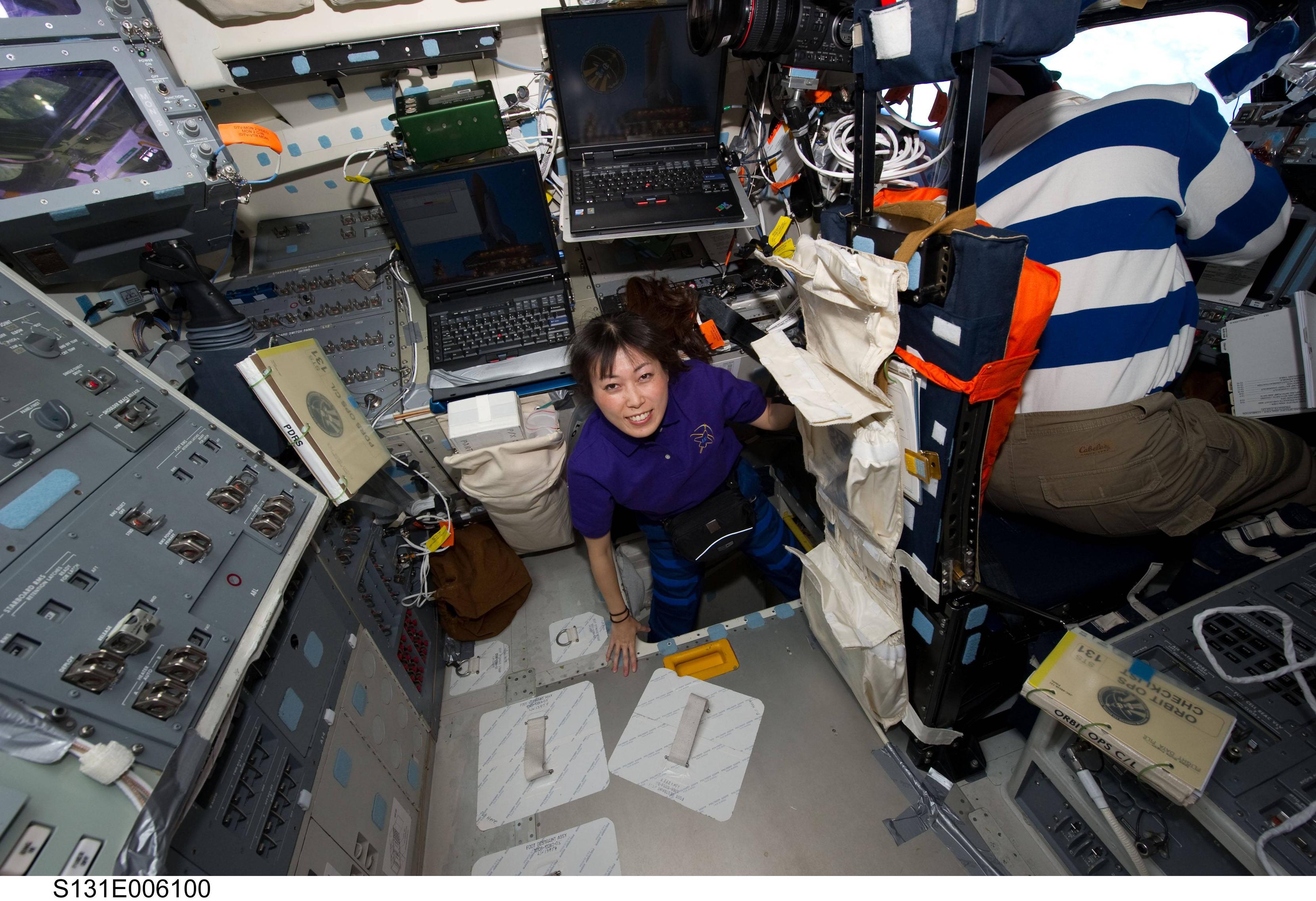 The 'lower deck' shown in the illustration was commonly referred to as the 'Lower Equipment Bay' or the 'ECLSS1 bay', and was quite cramped. The beer-keg-like cylinders in the drawing would seem to be the supply and waste water tanks, which were indeed located in that area.

Here (again from an Orbiter in the OPF) is a picture of those tanks I took in the Lower Equipment Bay. 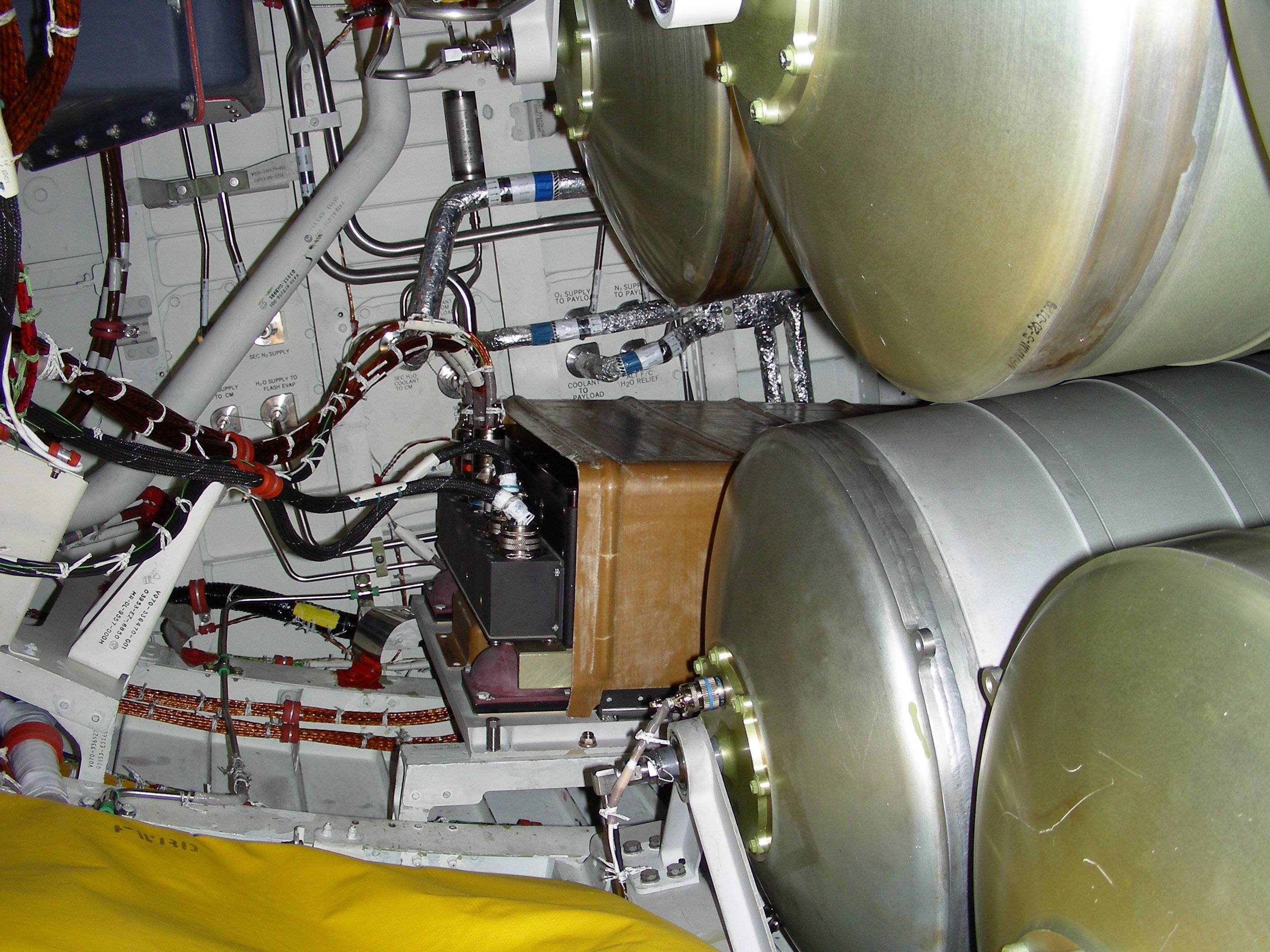 Not the answer you're looking for? Browse other questions tagged crewed-spaceflight spacecraft nasa space-shuttle or ask your own question.

16
What range of orbital elements was available for the Space Shuttle?
12
What are the two openings above the Shuttle's cockpit?
7
Space travel in convoy, what are the pro's and con's?
6
How to identify which Space Shuttle, from a high-res cockpit photograph?
7
Why did the design for Space Shuttle docking change?
0
What are “Tundra missiles” and why are they so hard to detect?
22
What is the general shape and size of a space probe, and how are they launched?
30
What are these membranes at the aft end of the Shuttle that get torn off during lift off?
5
“LVLH” on Challenger's cockpit voice recording: What was that switch for?
7
Did NASA distinguish between the space shuttle cockpit and flight deck?