How would the rocket differ in a higher atmospheric or ambient pressure?

I imagine the both rocket nozzles in either environment underwater or Jupiter or underground would have to be different than that of standard rocket nozzles because of the back pressure.

In this answer a rocket engine is less efficient when launched out from under the ground without a exhaust vent because of the back pressure on the rocket engine. How would a rocket nozzle be changed to work efficiently at ambient pressures far higher than Earth's atmosphere? Realistic examples of such might include a launch from a high pressure gas environment such as an explorer of Jupiter's atmosphere or from below the surface of a liquid (.e.g under water)?

In other words: Similar to being fired from a gun but with a slow burn with a modified chamber, can back pressure be used with a different type of rocket nozzle?

Assuming that the ambient pressure is constant, this is trivial - you simply design the nozzle so that the exit plane pressure matches ambient.

The problem in the other question arose because the engine was exhausting into a closed tube, where the ambient pressure would increase dramatically. 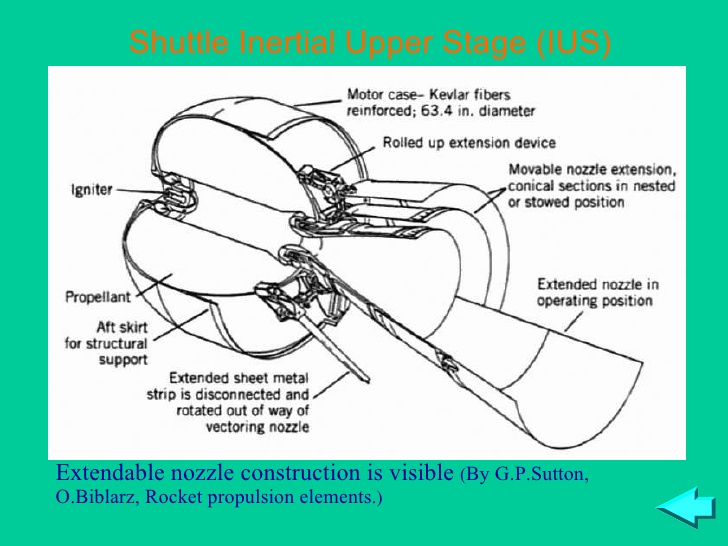 If the ambient pressure is increasing rapidly...not sure. I suppose you could use a retractable nozzle! Although that makes my head hurt just thinking about it.

The latter half of the process is a job for the rocket nozzle. The rocket's performance is dependent on the ambient air pressure. 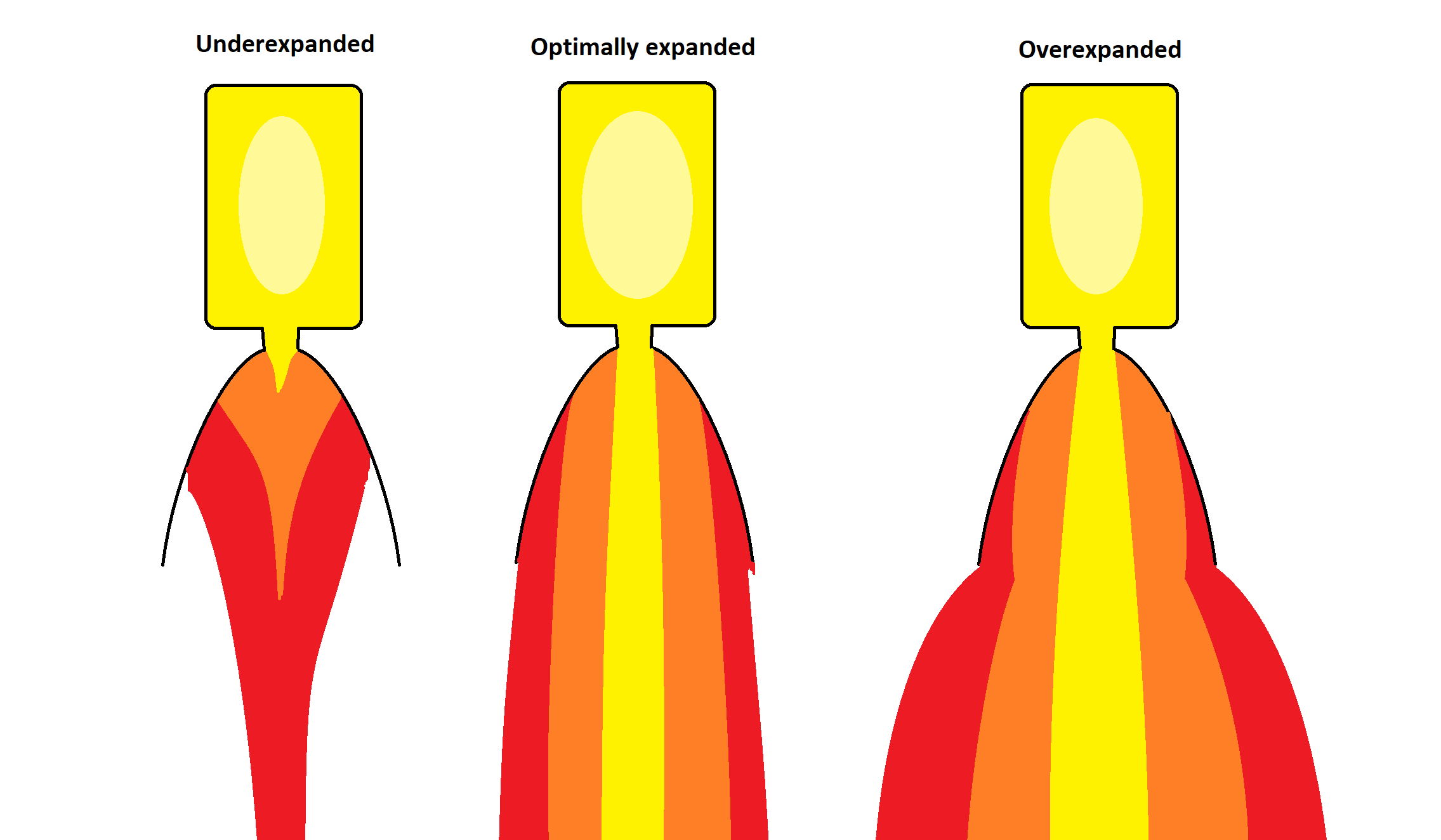 An underexpanded exhaust is bad because the flow can become unstable and 'stick to' one side of the nozzle, kind of like when a shower is barely on and just dribbling water. An overexpanded flow is bad because the gases are spread out and not all going in the same direction, leading to wasted kinetic energy.

As the rocket goes higher and into lower air pressures, the optimal nozzle size changes. Most rockets get around this by having multiple stages, where the first stage is optimised for atmospheric flight, and has relatively small nozzles. The second stage has engines optimised for near vacuum conditions and has a much larger nozzle. The somewhat counterintuitive feature of this is that larger rocket nozzles don't necessarily indicate a more powerful rocket engine.

Below is the silhouette of the same engine, the Merlin, for vacuum, for 1 atm and a hypothetical one for 2$\times$air pressure (that I just made by guessing). 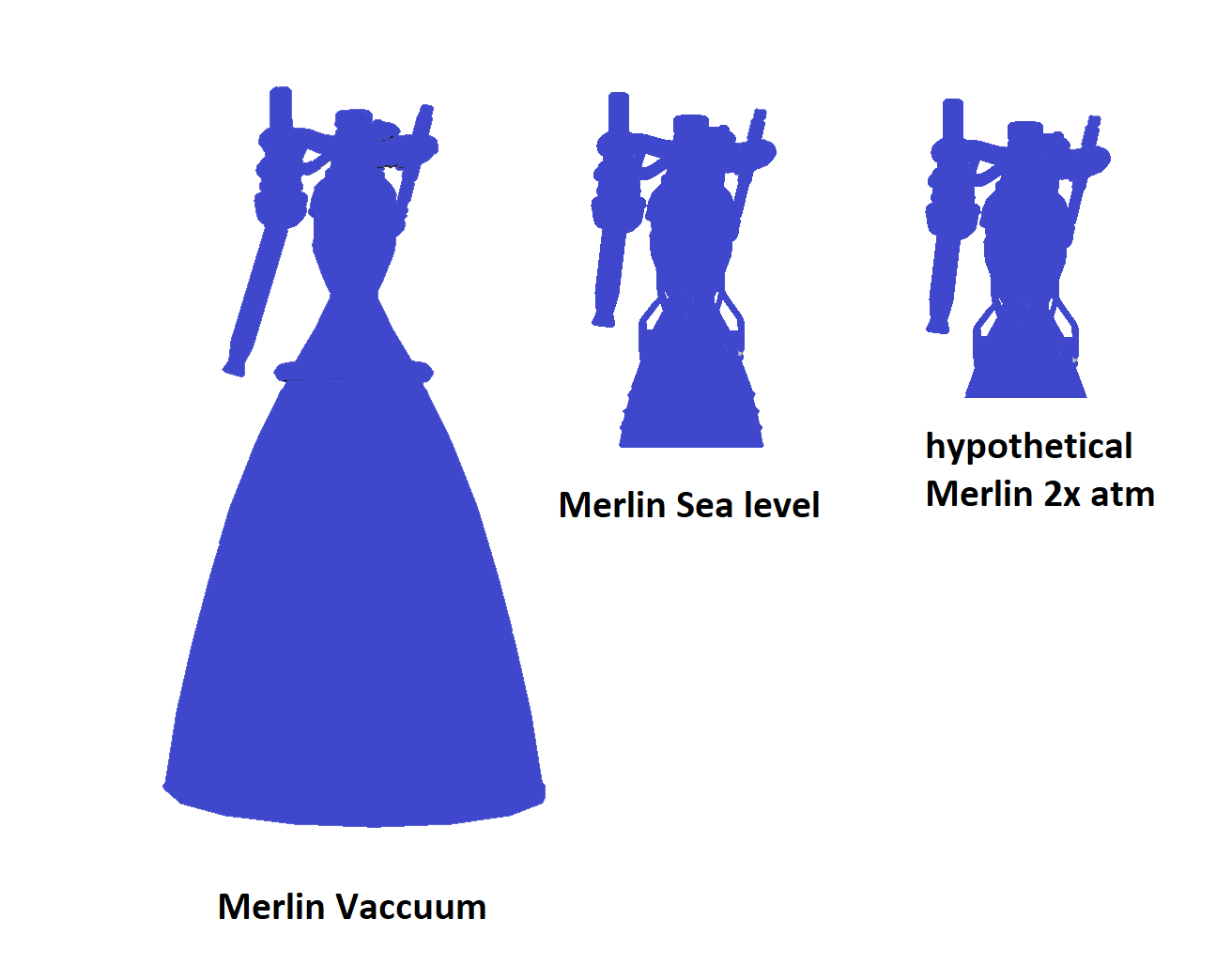 The higher the atmospheric pressure, the smaller the rocket nozzle needs to be.

Launching from under the sea, I suspect that using a rocket would be much less efficient than relying on, say, buoyancy or propeller engines. I do know that some nuclear subs can launch missiles, though I'd have to check if they can do that underwater. As to launching from the depths of Jupiter's atmosphere, well, that's just silly. The temperatures and pressures are just too high for anything to maintain a shape that humans would recognise. Besides, it takes about $33\ 000 \frac{m}{s}$ to get into low Jupiter orbit, which is more than what chemical rockets can generally provide.

10
What benefits can be gained from launching below ground?
5
Contracting rocket engine nozzles