Has the Earth's shadow on the Moon (lunar eclipse) ever been photographed from Space?

Question: Has the Earth's shadow on the Moon (lunar eclipse) ever been photographed from Space?

This could of course include both photographs taken by a person, or by a spacecraft. The reason I've lumped them together here, but kept them as separate questions for solar eclipses is that there have been spacecraft pointed at the Earth for over a half-century, these days many of them, so spacecraft photos of solar eclipse shadows without further qualifications would be plentiful.

There are far fewer spacecraft pointed, or point-able at the Moon, so human and spacecraft photographers can be lumped together.

Most recently, ESA astronaut Alexander Gerst took some phenomenal photographs of the July 2018 eclipse from the International Space Station1: 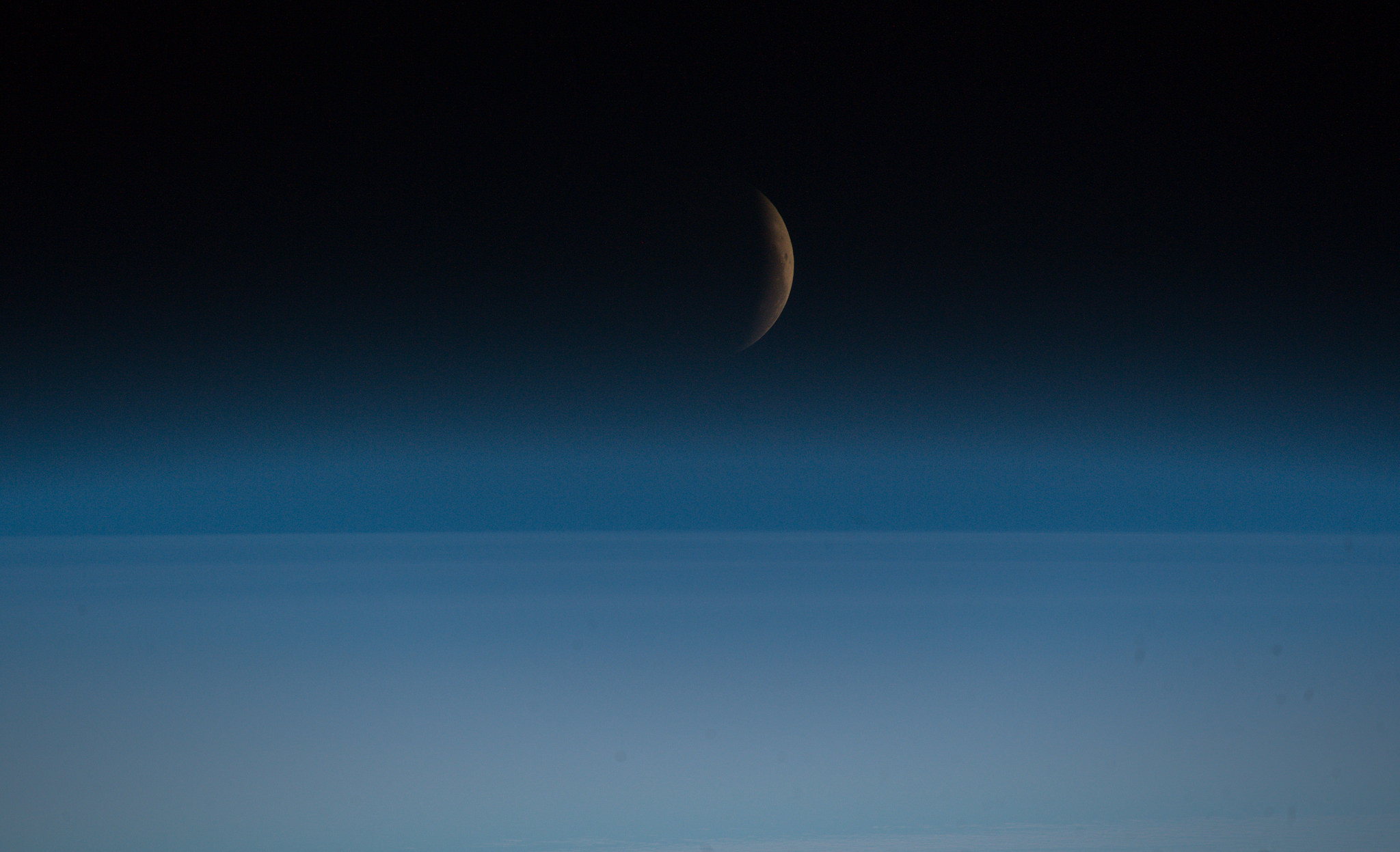 Many astronauts have taken similar photographs over the years - the short period of the ISS makes it almost certain to be in view of the moon during an eclipse and quite likely to be able to view it during totality (if totality occurs).

Another surprising eclipse photographer is NASA's MESSENGER orbiter which took this short series of photographs in October 2014 from Mercury. It shows Earth and the bright spot of the moon fading from view as it falls into Earth's shadow:

13
Have there been any photos taken of a total Earth-Sun eclipse from the Moon, or its vicinity?
3
What's the story behind this Apollo-era image?
2
Is this the only eclipse where Moon's shadow on the Earth (umbra) has been photographed by a person in space?
7
Have any space stations experienced a total solar eclipse?
4
Has the Moon's shadow on the Earth (solar eclipse umbra) ever been photographed from beyond Earth orbit?
20
Has the Earth's red atmosphere rim ever been photographed?
0
Has an astronaut ever gone into a docked capsule to take a photo out one of its windows?
12
Have space station occupants always had a return vehicle ready?