Why were EVA suits never silver?

As noted in this question and this NASA webpage, for more than 40 years U.S. and Russian spacesuits for extra-vehicular activities have been white because

However, wouldn't the same arguments hold (perhaps even more so) for a silver spacesuit, such as was used in the Mercury program? Why has silver never been used as an EVA suit color?

(The orange suits used during launch and recovery are not EVA suits, and are thus outside the scope of this question.)

NASA's webpage: "The History of Spacesuits" explains that the suits for the Mercury program were an early design and not puncture resistant nor as heavy as the white suits (which contain aluminized mylar underneath). They were also not fire resistant.

NASA astronauts first flew into space during the Mercury program. NASA’s first spacesuits were made for Mercury. The Mercury suits were only worn inside the spacecraft.

NASA’s first spacewalks took place during its second space program, Gemini. The suits used for Gemini were better than the Mercury suits. But the Gemini suits were simpler than today’s suits. 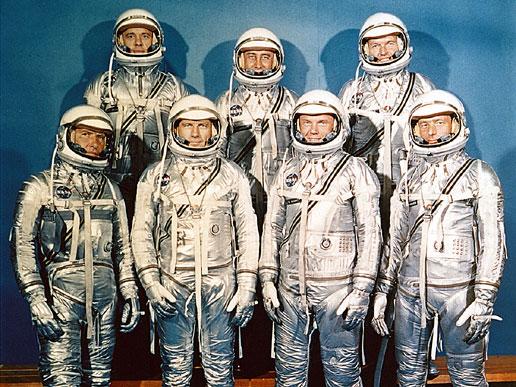 Due to a fire and resulting deaths the suits were improved.

"Astronauts Grissom, White, and Roger B. Chaffee were wearing A1C suits on January 27, 1967 in a preliminary countdown demonstration test for the planned February 21 Apollo 1 launch, when they were killed in a cabin fire, leading to NASA cancelling manned Block I flights and use of the A1C suit. Since the fire had burned through the suits, NASA added a fireproofing requirement to the new suit, which replaced the outer layer with beta cloth. The Block II suit was designated A7L and manufactured by ILC Dover. The new suit was first used on Apollo 1's replacement flight, Apollo 7 flown by Schirra, Eisele and Cunningham in October 1968.".

NASA has a couple of webpages explaining why the suits are white, but even webpages mentioning aluminized mylar don't say why is is better (or worse) than white.

A NASA Report on the testing of various materials titled: "Space environmental effects on spacecraft: LEO materials selection guide, part 2" on page 10-147 explains that FEP Teflon has a lower erosion from atomic oxygen than many other materials, and has this reflectivity chart on page 10-3: 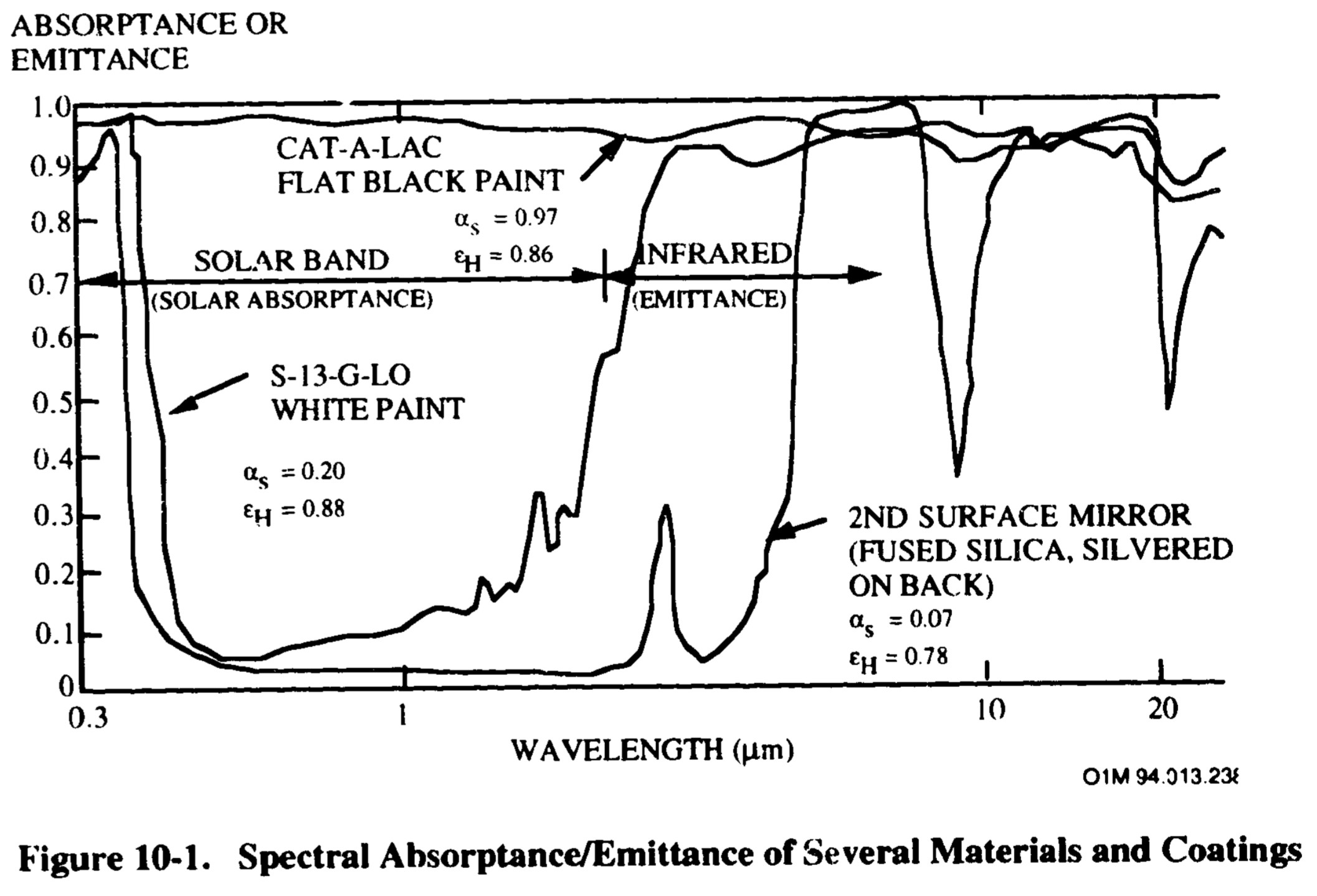 White is almost as good as aluminized ("silver") color and can be applied to more durable materials, leading to an improved system overall.

17
Is there any reason why American spacesuits color changed over years?
5
Why is the Sokol suit white instead of safety orange?

14
Could an EVA Suit meant for Mars be used for EVA on another celestial, or vice-versa?
11
How much protection do space EVA suits offer against radiation for the wearer?
11
Why are the EVA suits in the suitport (concept) exposed to the environment?
14
Why use fingers in EVA suits?
2
Could astronauts wear EVA suits in the Soyuz?
5
How old are the EVA space suits that are currently used on the ISS?
24
How do EVA suits manage water excretion?
9
International Orange?