Does the U.S. still manufacture technologies for its space program that would otherwise be obsolete?

Are there technologies (materials, components, systems, or software) that continue to be manufactured in the United States for space applications, even though they would otherwise be considered obsolete?

To clarify the question:

This question is similar to my previous question, "Does Russia still manufacture parts for their space program that would otherwise be obsolete?", except applied to the U.S. program. Answers will therefore not be the same for both questions.

update: The question is not intended to be limited to computer technology. For example, one answer to the Russian version of the question was a change in fuel injectors.

NASA still uses old equipment that would otherwise be considered obsolete. However, I am not sure what equipment they order that is still manufactured for them beyond old processors and computer operating systems and languages. 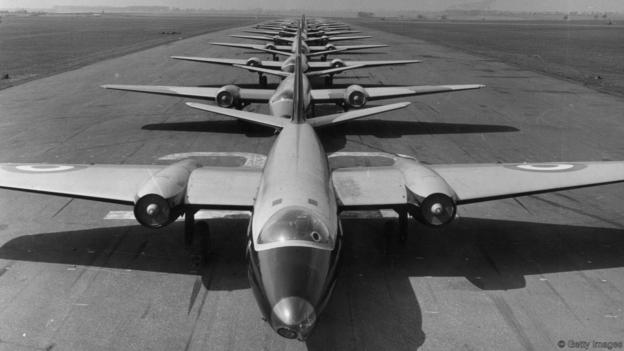 One area NASA continues to use old equipment is research aircraft. As an example, NASA still flies the English Electric Canberra, a British first-generation jet-powered medium bomber that was manufactured during the 1950s.

Nasa’s Canberras are a part of the agency’s Airborne Science Program (ASP), explains Charles Mallini, who is the program manager for Nasa’s Canberra fleet. “The ASP is responsible for providing aircraft systems that further science and advance the use of satellite data,” he says.

NASA uses a 747SP as a platform for the Stratospheric Observatory for Infrared Astronomy (SOFIA). The 747SP went out of production in 1989 and has been in service with NASA since 2010.

Some of the other obsolete aircraft run by NASA includes a Douglas DC-8, a Douglas DC-9 Skytrain II, at least one Northrop T-38 used for flight training, a McDonnell Douglas F-15, a U-2, a Lockheed P–3 Orion, a Lockheed C-121 Starliner, Boeing 757 and a Aero Spacelines Super Guppy. In the past, NASA even used the Tupolev Tu-144 for supersonic research projects in the 1990s. The Tu-144 retired from commercial service after only 55 flights in 1979. The aircraft only had 38 hours of flight time.

One example that comes to mind would be the Fortran programming language which is still being used on the Voyager program. Originally written in Fortran5, the code's been ported over to Fortran77 with a smattering of C as well, more details about that in this question from Programming.SE.

Of course, obsolete is a matter of opinion, there are still applications written in Cobol, Algol, and Fortran which haven't been replaced because they function adequately and would be too expensive to re-write. Are they obsolete? The computing hardware in space probes is often very outdated before it's even launched, my phone has more processing power, however they're chosen proven and reliable technologies.

8
Has in-flight software changes ever involved a change of programming language?
11
Does Russia still manufacture parts for their space program that would otherwise be obsolete?

1
How will the Gateway-before-boots sequence benefit US business, economic and technological development?
11
How close was the U.S. DoD to getting their own space shuttle?
19
What does space have to do with providing "fresh water ... without the need for aquifers or pipes?" as Steven Kwast suggested?
1
If the Earth spun clockwise, would Florida have still satisfied the requirements for the US launch center in the 1960's?
2
What was the first successful demonstration of a fuel cell in space?
8
How many politically appointed positions are there at NASA in toto?