How does this spinach-growing Mars lander design work?

@geoffc left a link in Chat to the extensive article in Nasa Spaceflight The Evolution of the Big Falcon Rocket. On the second page there is a bit of Mars vs Musk history:

Musk’s ambitions of doing one grand gesture in space along with his burgeoning contacts in the space industry resulted in his resignation from the Mars Society and the founding of the “Life to Mars Foundation” later that year. The foundation soon set up working sessions featuring engineers from the Jet Propulsion Laboratory, scientists, Director James Cameron and Orbital Sciences Corporation’s Chief Technical Officer, Michael Griffin.

The experts soon settled on a new mission called “Mars Oasis”, which could be done for Musk’s budget of $20 to $30 million. The plan called for buying a sizable but cheap rocket and using it to land a robotic greenhouse on Mars. It upset Robert Zubrin and the Mars Society, since not only would it be a purely symbolic effort, but would also endanger NASA’s contamination protocols.

There is also an artists conception of a tiny greenhouse module sitting on the surface of Mars, with a small plastic dome and a circular array of solar panels unfolded around its base.

The caption says only:

Reusable spinach Greenhouse for Mars designed in 2013 by Greek students

I'm just curious about the history of this 2013 design. How might it get there, sitting upright, and how it might work in terms of providing a suitable environment for the spinach to grow, and, perhaps, how people on Earth might receive information that it did grow.

Plants, including both trees and spinach, are made substantially of water an cellulose (along with many other carbon-containing compounds), and so there must have been an internal source to supply say at least a hundred grams of CO2 in order for the plant to grow. I suppose it could just deplete it's own high CO2 atmosphere, but there may have been a tiny CO2 regulator and makeup system. Ditto for water.

Small objects have high surface/mass ratio, and so can cool quickly and precipitously overnight. Was that addressed in any way by this design?

A good answer will track down material on this 2013 design and explain whatever thinking did go into it's design issues and operation as an exercise. I'm not necessarily interested in a technical feasibility review. 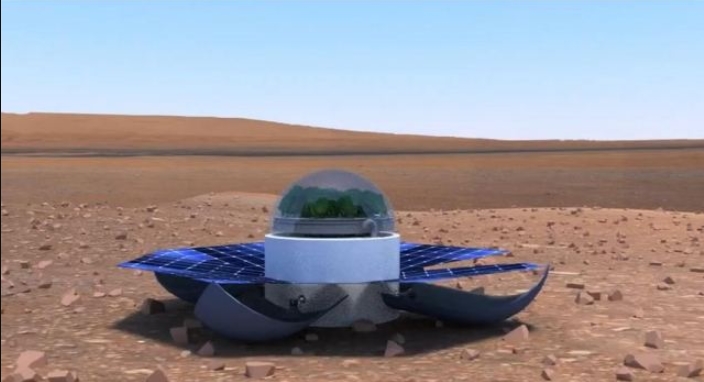 With the landing of the Mars Rover, many feel we’re closer than ever to establishing the first Mars colony – but there’s still the question of how to sustain humans on a dead planet. Fortunately, a group of Greek students have come up with a deployable greenhouse that could feed Mars settlers (assuming we could get them there in the first place). The project (called “Popeye on Mars“) has been named a winner in the NASA International Space Apps Challenge, a competition that seeks to engage thousands of people around the world in space exploration. Capable of producing fresh spinach in just 45 days, the dome-shaped aeroponic growing system could be used for pre-deployment on a space mission to the Moon or Mars.

From Popeye on Mars there is: 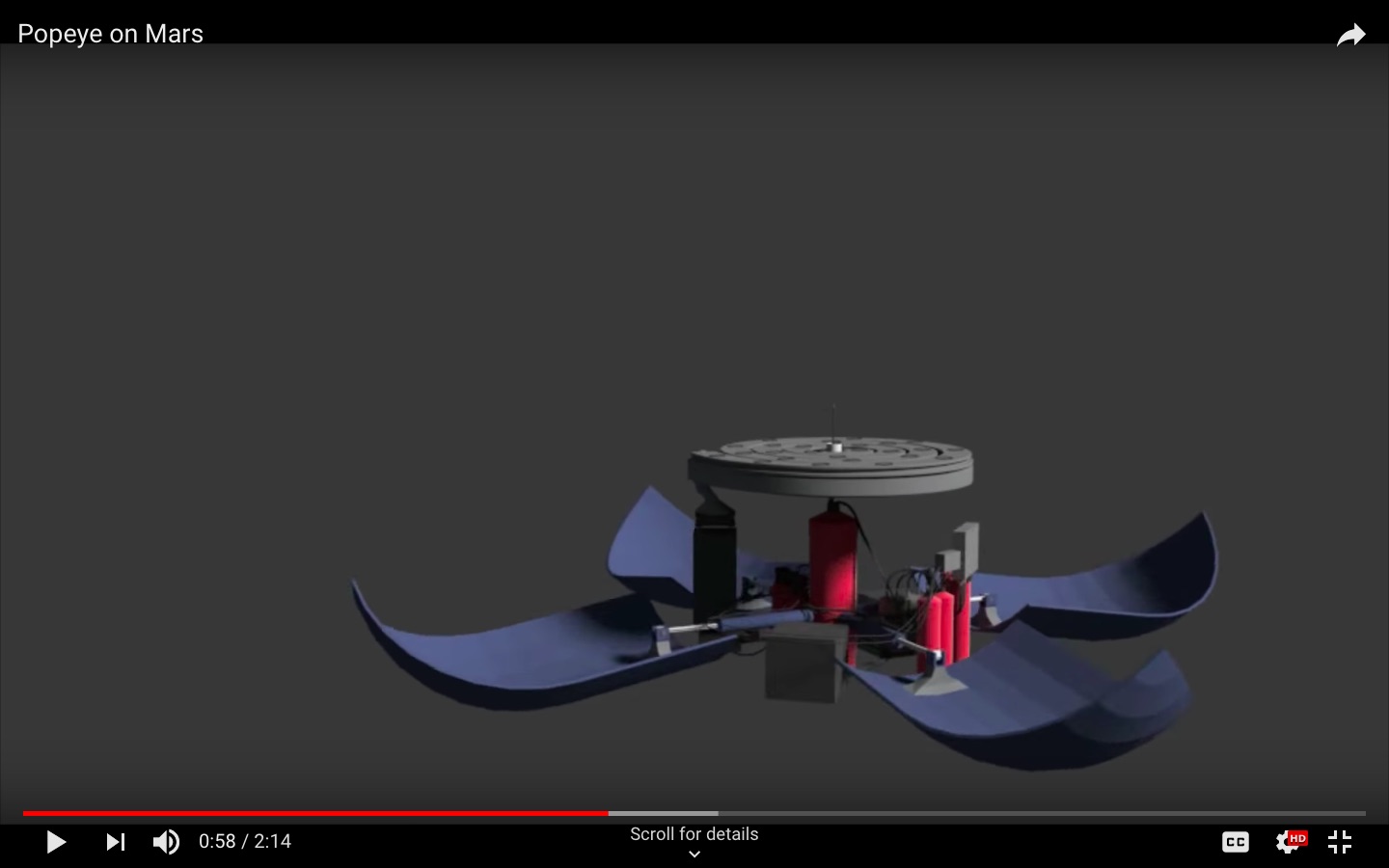 Not the answer you're looking for? Browse other questions tagged lander space-art or ask your own question.

9
What factors are considered when choosing a Mars lander landing site?
6
How does a lander get from orbit to the ground?
7
Will the 2018 Mars Dragon Lander be the largest lander on Mars to date?
14
Artificial Shooting Stars - how could this possibly work (economically/technologically)?
4
Does the Mars2020 lander need a new parachute design?
1
What might this "NS" mean in this speculation about this Mars rover's future prospects?
4
What did JPL's 1939 lunar lander look like and what practical aspects of landing on the Moon did this engineering design address?
2
How would this two-stage Mars Ascent Vehicle work? Where do you sit?
4
What is the purpose and necessity of this giant structure being used in tests of China's Mars lander?
21
Is this white stuff seen by the Mars Phoenix Lander water or carbon dioxide ice?