I understand the solar wind impacts and sputters the surface of Mercury's north pole due to it's magnetic field deflecting it around the planet.

Maybe not a proper answer, but:

The measurements by MESSENGER spacecraft has shown that Mercury's magnetic field is tilted: 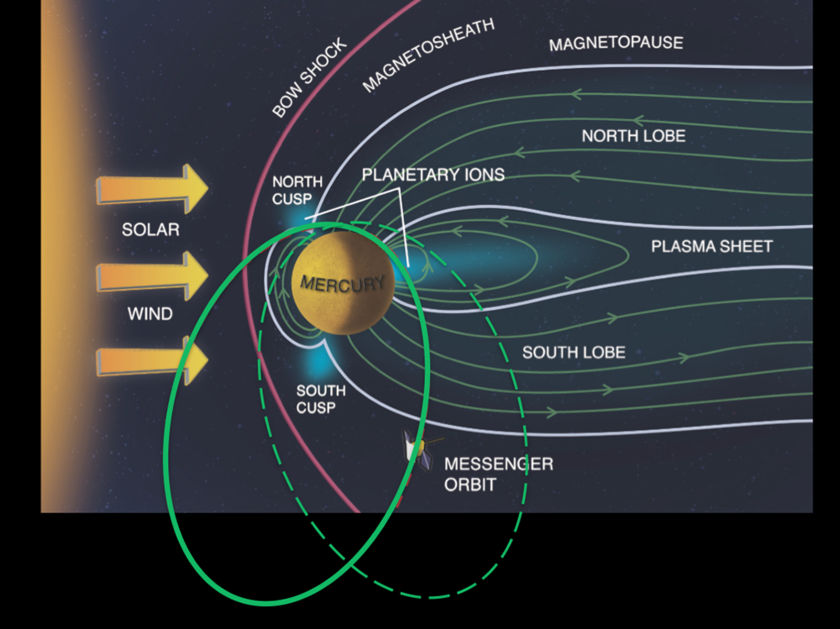 Here is a 2017 paper that summarizes recent discoveries.

MESSENGER magnetometer data show that Mercury’s magnetic field is not only exceptionally weak but also has a unique geometry. The internal field resembles an axial dipole that is offset to the North by 20% of the planetary radius.

So, same as on Earth amd most other planets, Mercury's magnetic poles do not coincide with rotation poles.

If your question is about the origin of ice deposits at Mercury permanently-shadowed craters, I've found a couple of links:

As I remember, solar wind was considered too as a source of hydrogen for water ice, especially for the Moon. But looks like the meteor/comet bombardment is evaluared as most probable source of the ice on Mercury currently.

Not the answer you're looking for? Browse other questions tagged solar-wind mercury magnetosphere or ask your own question.

24
How does Venus' thick atmosphere survive against the solar wind?
18
Place a satellite at Sun-Mars L1 to shield Mars from Sun radiation
3
Artificial Magnetosphere to Terra-form Mars?
8
Influence of solar wind and radiation pressure on a sail
5
Why must "Mercury’s core (be) partially molten" to explain its weak magnetism?
13
Mars versus the poles of Mercury WRT colonization
2
Spinning 16 Psyche at Mars L1 to envelop Mars with a magnetosheath?
18
If one Starship can transport 100 people to Mars, how many could it safely land near Mercury's north pole after one Hohmann-like transfer?