What is the nature of the sextant tests on the ISS for Orion cis-lunar emergency navigation?

A tool that once helped sailors cross vast oceans for centuries is now being put to the test in space. The crew has been testing out a sextant, a device with a small telescope-like sight that can take precise measurements between pairs of stars. These were actually used in the early days of human spaceflight on programs like Gemini and Apollo. And mission planners are once again looking at how they can be used for emergency navigation needs on deep-space exploration vehicles like Orion.

As for the title: And all I ask is a tall ship and a star to steer her by; 1, 2 Teleplay by Dorothy Catherine Fontana, poem by John Masefield.

I show some screenshots below.

Question: What is the nature of the sextant tests on the ISS for Orion cis-lunar emergency navigation? I'm guessing that the idea is to use measurements of the separation between a star and a position on either the Earth or the Moon, rather than between two stars. Is there a description or a report?

In real practice, in an emergency, I'm guessing that you'd probably need an ephemeris printout, pen and paper, or a small handheld computer to do useful navigation using this technique assuming that you are beyond near Earth orbit and experiencing an emergency. It would be great to read about these procedures if there's anything written about it.

Shown in the NASA Johnson video using a sextant aboard the ISS are NASA Astronaut Serena M. Auñón-Chancellor M.D. (per comments and here) and German ESA astronaut Alexander Gerst (from here). 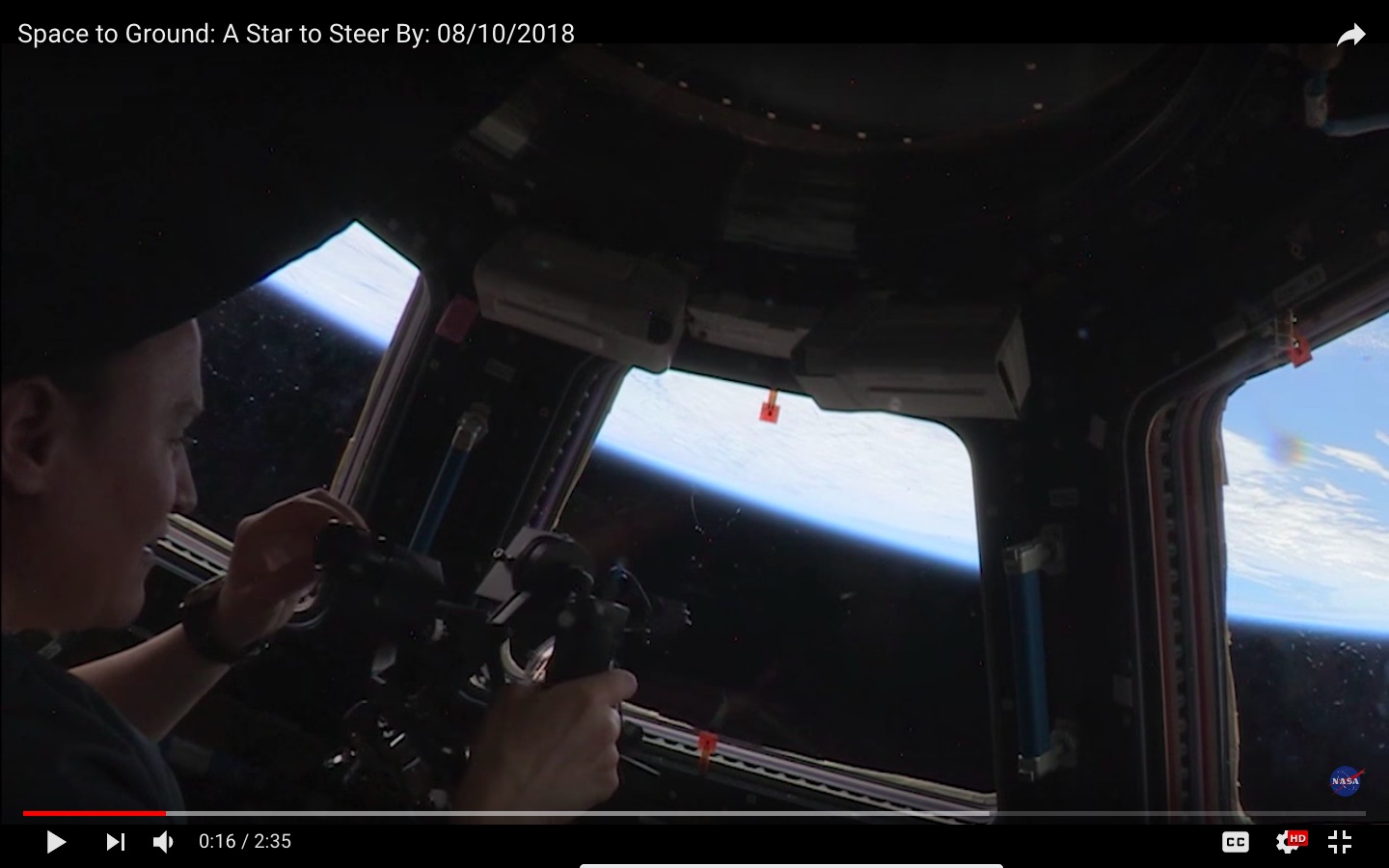 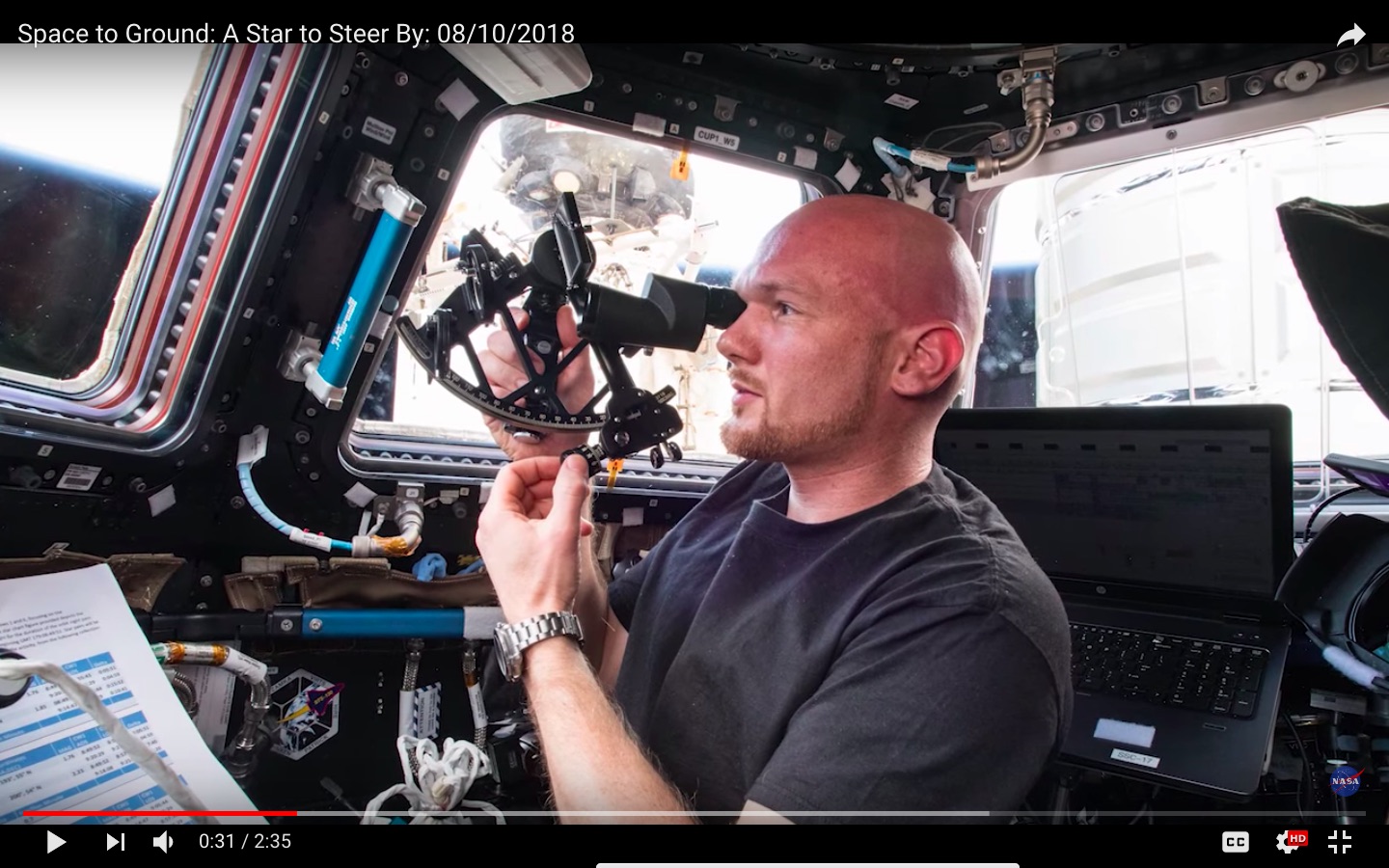 Browse other questions tagged navigation sls orion-spacecraft or ask your own question.

11
Is it possible to navigate space travel with no computer?
5
Was the Apollo sextant used (or tested) to determine position while in Earth orbit?
4
What naturally occurring navigational information is available for an autonomous return of SLS's EM-1?
2
What is the ESA Grip experiment, and why does it require Alexander Gerst to be strapped into it?

6
What would be required for Orion to ferry astronauts to the ISS?
5
Could the Orion or Apollo command module safely land on land in an emergency due to a navigation error?
13
Will Glonass, Galileo, or BeiDou-2 satellites provide better cis-lunar navigation than GPS?
2
When was stereoscopic photography first used intentionally on solar system body?
4
Is NICER/SEXTANT the first civilian “spacecraft” to determine it's own position in space without GPS or uplinked data?
5
Was the Apollo sextant used (or tested) to determine position while in Earth orbit?
4
What brand and model is the hand-held sextant tested on the ISS?
7
What about Orion ISS missions?