Velocity of the Parker Probe when it will be given final boost by the rocket?

What is the current speed of the parker probe which is just launched today(After Final boost(detached by the rocket)).

I was just guessing as it will attain max speed of 194 Km/sec, that's why does the velocity of the probe mainly comes due to this boost or it will be mainly because of the gravity assists?

I added this to a special page to Where is Roadster, you can find the Parker Solar Probe info here.

By the way, that is CRAZY fast. For comparison, to get that far Elon's Tesla Roadster took about 2 months if I recall correctly.

At 9 hours after launch, the Parker Space Probe's current speed is about 12.4 km/s with respect to the center of the Earth. This is smaller than it was a bit over 8 hours ago when the third stage burn had completed. I calculate the vehicle's velocity was about 14.7 km/s just after third stage cutoff.

Technically this answer doesn't specify what slows it down, but it does explain how it does.

I've never done anything with orbital mechanics before today, but I got bored and read a few articles, linked below and made a scale model of the Parker solar probe's final orbit in my program I wrote from scratch! 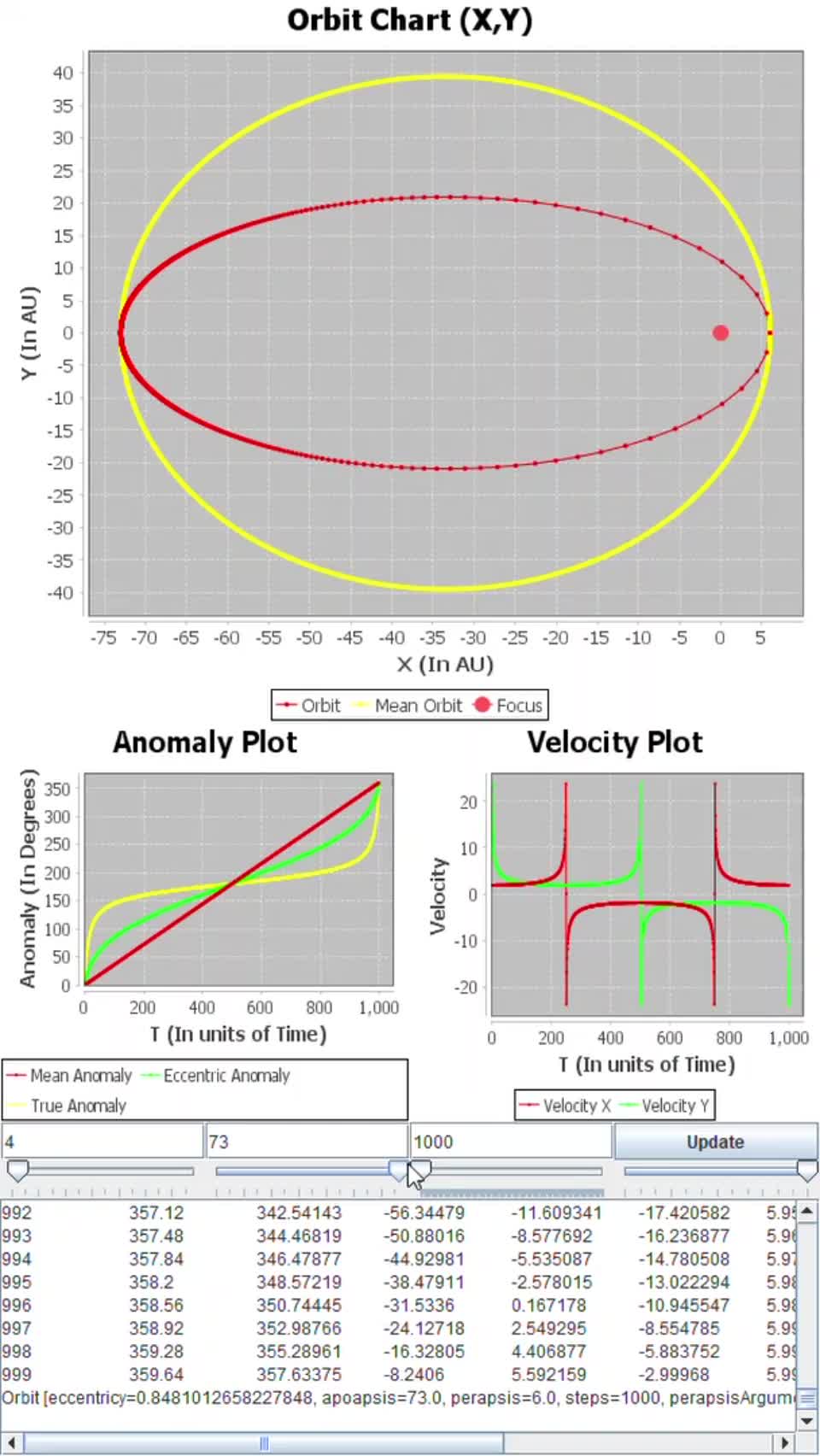 What you see here is the arguments of the orbit of the parker solar probe:

0.043 AU is the distance from the sun it will end up at, this is the first oblong orbit that you see. 0.738 AU is the final distance it will be travelling after the 6 fly-bys of venus it makes.

Note: AU is arbitrary units in the graph, don't pay attention to the scaling for AU.

If you look at the points on the graph, every single individual point is a specific unit of time. The only important thing to know is that the time it takes to go between any two dots is the same.

This is called eccentricity (cue the graph to the bottom left, and the outer ellipse):

PS: Anybody please correct anything glaringly wrong with this answer, I want to learn too.

Not the answer you're looking for? Browse other questions tagged nasa delta-iv-heavy parker-solar-probe or ask your own question.

5
What is the fastest can we or have ever traveled in space?
8
How does the Parker Solar Probe's heat shield protect it from dust near the sun?