Multiple concept art examples for a 1970s orbital fuel depot from Marshall Space Flight Center show cylindrical tanks perpendicular to a central core. But then at one end of the central core are smaller, cylindrical, maybe telescoping "bunny ears".

What's the purpose of the "bunny ears"? 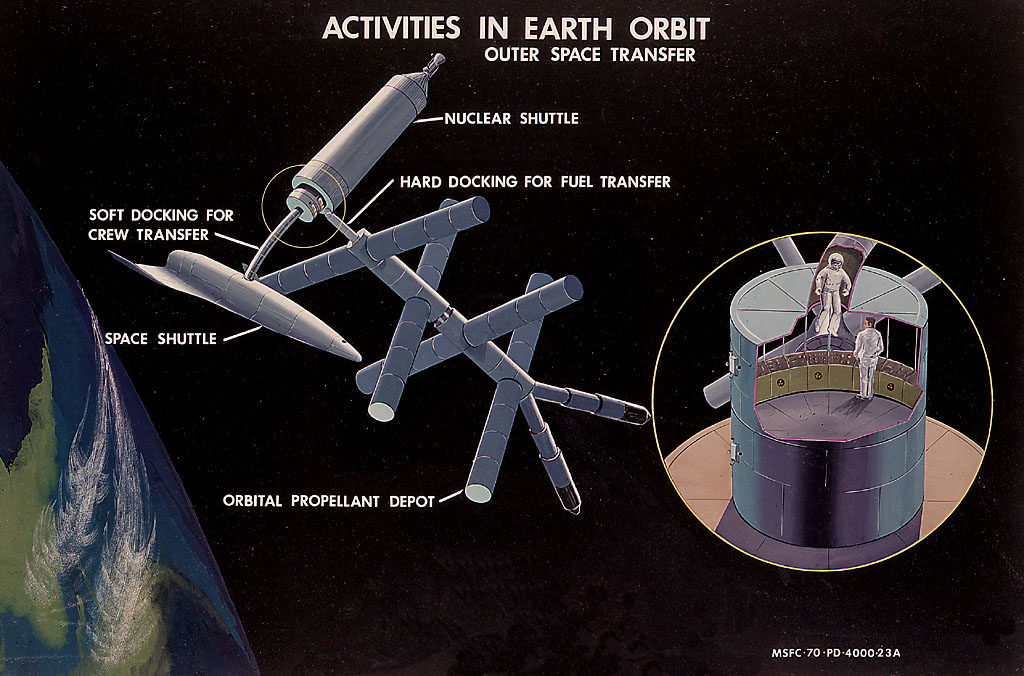 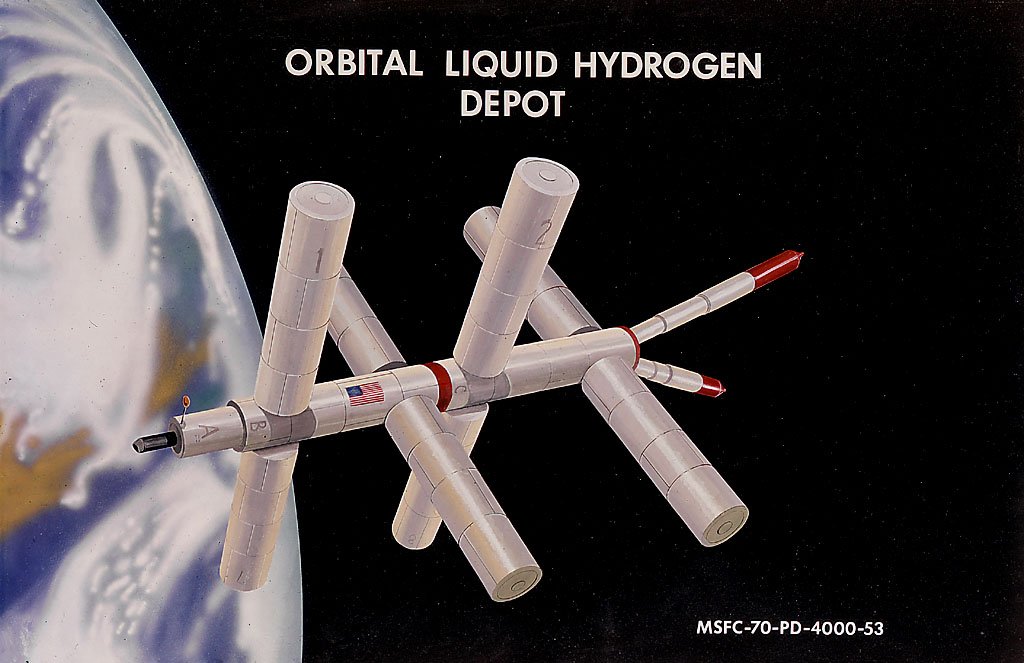 They appear to be nuclear reactor modules, telescoped away from the rest of the station and each other for safety purposes.

I googled 'MSFC-70-PD-4000-53' and found NASA's 1970 Space Flight Evolution proposal, which describes (among other dream projects) a broadly similar "space base" design, albeit more general purpose than the fuel depot:

Docking, servicing, and recharging functions are also provided to the space tug which was utilized in the initial assembly/buildup of the base and which now provides a variety of support functions as a part of the overall base operations. Included are such tug functions as overall base exterior inspection and repair; service of the nuclear power supply; support in the unloading of upcoming cargo from the space shuttle to the base; service, inspection and retrieval of remote experiment modules or satellites; and transfer of crew and cargo modules from the space shuttle to a nuclear shuttle for missions to lunar and geosynchronous orbits. 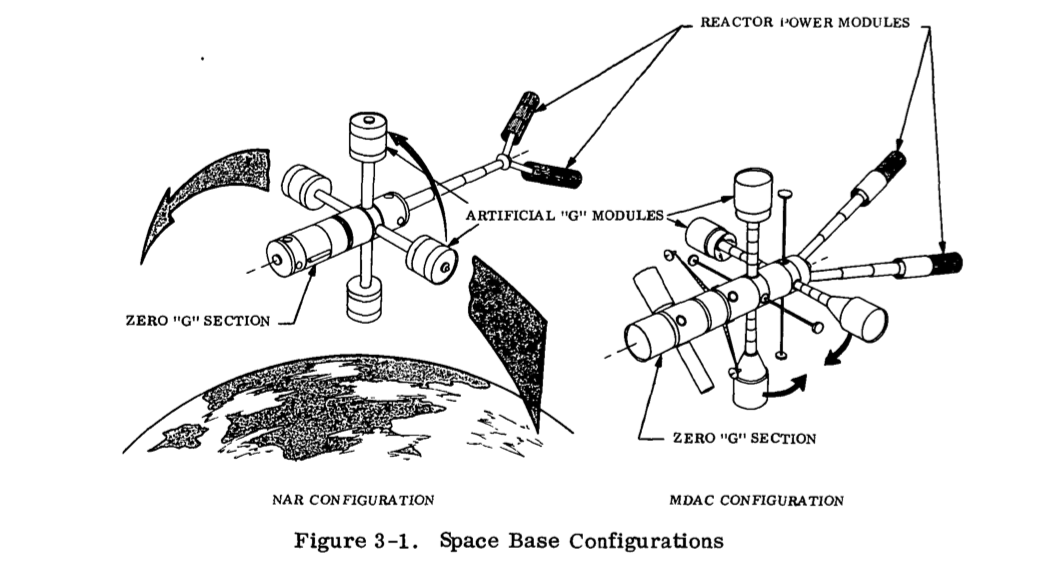 Not the answer you're looking for? Browse other questions tagged identify-this-object space-art fuel-depots or ask your own question.

5
Would fuel depots allow lighter fuel tanks for post LEO use?
11
Is it feasible to pump fuel into orbit?
10
Why would orbital fuel depots make sense?
10
Liquid settling in tanks during orbital refueling
10
Why did New Horizons have to be spin-balanced to grams-level precision? (With quarters!)
5
What Soviet-era space-related film is this Nick Stevens tweet referring to?
1
How does this spinach-growing Mars lander design work?
1
Help reading this Mercury era NASA “ancient” iconography
3
What kind of camera was used to produce this Apollo-era footage of the Earth?
12
Viking Lander descent engine design feature