Has the Earth's red atmosphere rim ever been photographed?

In the Wikipedia article on Lunar eclipse there's given an image of how the Earth would look from the eclipsed Moon:

This is obviously a schematic drawing. So I wonder, has the Earth ever been actually photographed from such a position where both the Earth and the Sun have comparable angular sizes, and the Earth completely obscures the Sun, making the red glow of atmosphere easily visible?

As discussed here, very few satellites have ever orbited at a higher altitude than the moon, making images from lunar orbiters our highest imagers of eclipses from orbit. In fact, in order to get a 1:1 ratio of the apparent sizes of the Sun and the Earth you would have to be at ~4x the altitude of the moon - right near the edge of Earth's Hill Sphere. This makes stable Earth orbits essentially impossible so any images taken from here would be from escaping/returning spacecraft.

Here is a beautiful sequence taken by JAXA's Kaguya (SELENE) lunar orbiter around the time of the Febraury 2009 lunar eclipse1. Note the lower edge of the Earth is hidden behind the surface of the moon.

If you look very closely, you'll notice there is a difference in colour around the ring of Earth's atmosphere. This is down to the varying angles refracting different wavelengths. The actual footage demonstrates the difficulties in capturing images of the sun from orbit - a lovely delicate ring of light circling the Earth followed by a blinding wash-out as soon as the Sun comes into view.

The first ever images taken from the Moon of the Earth eclipsing the Sun were all the way back in 1967! Surveyor 3 took this short sequence of images2:

Another famous image was taken on Apollo 12 en-route to the moon where some refraction effects through the atmosphere can be seen3. This is from significantly closer to the Earth. 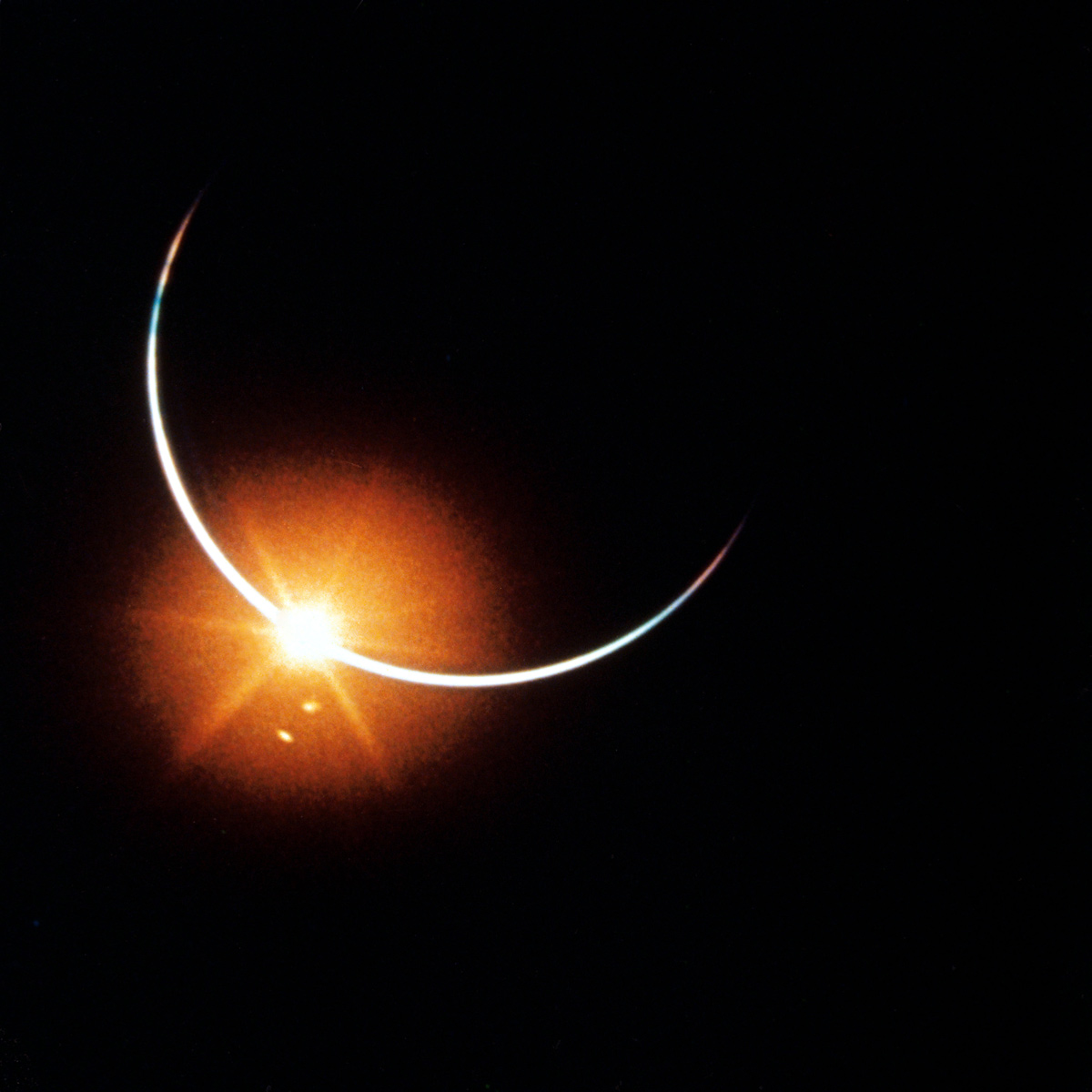 One difficulty with taking images of eclipses from the moon is the lack of sunlight itself. Lunar orbiters are often designed to use solar power in the sunlit portions of their orbits and battery power while in shadow. The potentially extended period of darkness during an eclipse can drain power reserves and is compounded by the associated increase in heating requirements. For this reason, non-essential systems are usually powered down - read about how this was handled by NASA's LADEE and LRO.

19
What artificial satellite has the farthest orbit around the Earth?
26
How large is the Earth's gravitational Sphere of Influence and how can it be calculated?
13
Have there been any photos taken of a total Earth-Sun eclipse from the Moon, or its vicinity?

13
Have there been any photos taken of a total Earth-Sun eclipse from the Moon, or its vicinity?
8
What is making the glow from this image of STS-135 going home, de-orbit burn or re-entry?
4
Has the Moon's shadow on the Earth (solar eclipse umbra) ever been photographed from beyond Earth orbit?
5
Where to look for newest images from Chang'e 3?
8
Has the Earth's shadow on the Moon (lunar eclipse) ever been photographed from Space?
3
Has a lander/rover ever examined or photographed another mission?
3
Why does the Earth's atmosphere as seen from space have the colors that it does?
33
Has anyone in space seen or photographed a simple laser pointer from Earth?