Would this chair support astronaut during launch in Crew Dragon

Recently reporters were allowed to take pictures of Crew Dragon and the SpaceX flight suit. Among them is this picture: 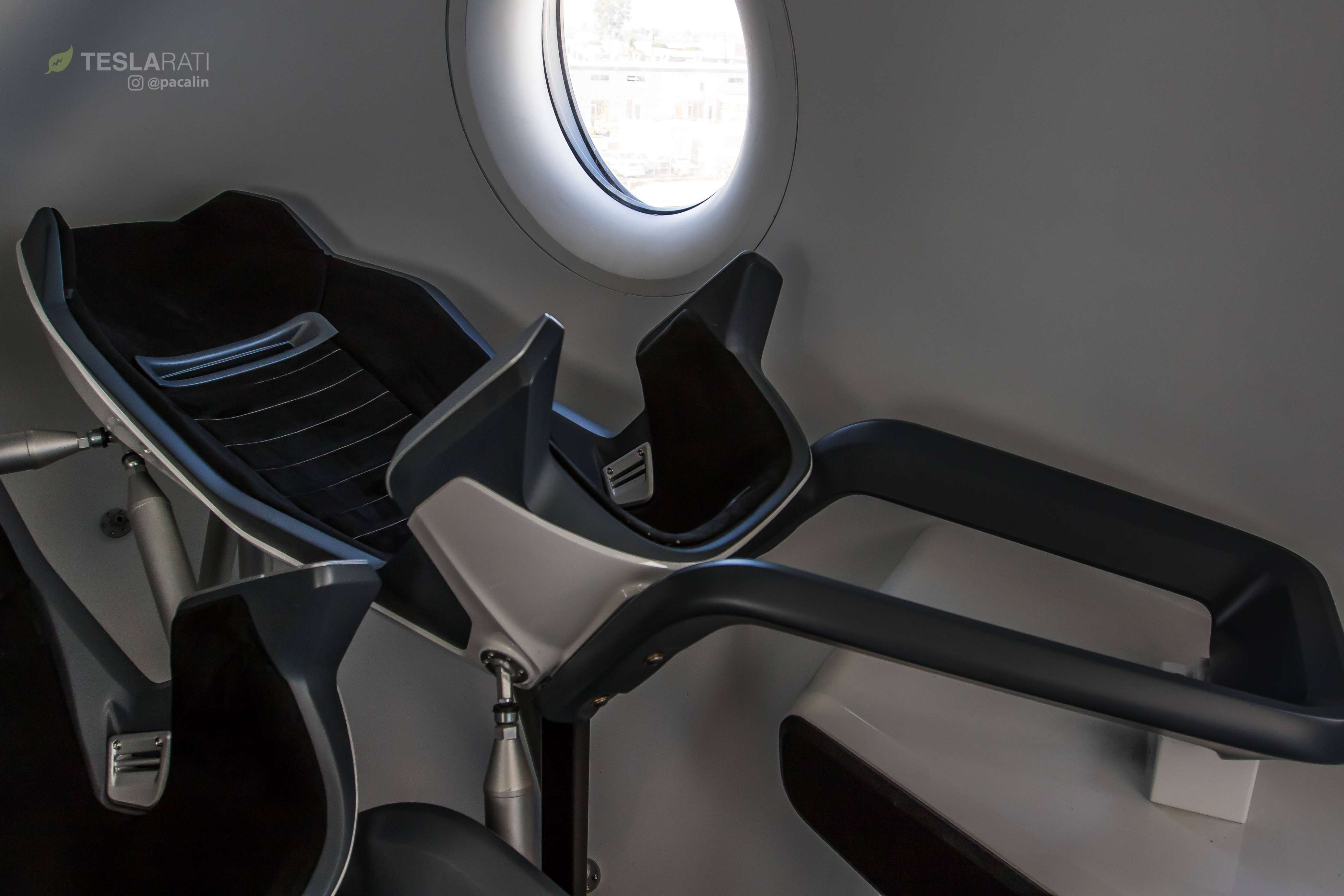 I was under the impression that:

1.) Chairs needed to be custom molded / adjusted for the astronauts. There's stories of people sitting down in bathtubs of foam to create the perfect shape.

That is an extra comfort of the Soyuz spacecraft. In NASA spacecraft, the seats were "one size fits all." One of the reasons is that the 'failsafe' modes of Soyuz - launchpad abort, ballistic reentry - expose the astronauts to g-forces much higher than common in American made spacecraft; they still frequently result in injuries, but these are minimized thanks to the personally tailored seats. Although...

2.) The seats need to support the entire body for the acceleration during launch and landing. This seat looks like the upper body and head are supported but it doesn't look like the legs are supported.

Nor does it have seatbelts, which you'd think mandatory, and that hard black plastic would play a nasty number on the spine and other areas. And there's so much wiggle room for the head it would most likely result in spine injury in neck area.

But there are slots. It appears like these aren't full seats, they are just frames without lining - just structural support for actual seats, which may be personally molded - and would probably incorporate leg backing plates.

Not the answer you're looking for? Browse other questions tagged spacex crewed-spaceflight dragon dragon-v2 or ask your own question.

7
Why does SpaceX not use the Crew Dragon for CRS missions to test it?
2
SuperDraco Engines in Crew Dragon spacecraft
32
Has the ISS ever not had a lifeboat?
6
Crew Dragon SuperDraco Engine Covers
8
Where will the fourth crew dragon astronaut sleep?
6
SpaceX Dragon 2 (Crew Dragon) Standalone Mission Duration
5
Why is a seated posture for astronauts preferred over a standing posture?
2
Why might particulate matter be shaken loose during Crew Dragon Demo-1 launch?