Who installed the camera on the Moon to film the "First step"?

On Wikipedia page on Moon landing, Neil Armstrong is shown stepping down on the surface of the Moon using the spaceship's ladder: 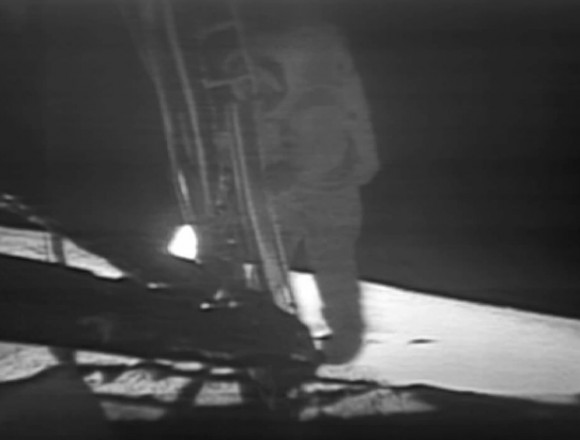 Still frame from a video transmission, taken moments before Neil Armstrong became the first human to step onto the surface of the Moon, at 02:56 UTC on 21 July 1969. An estimated 500 million people worldwide watched this event, the largest television audience for a live broadcast at that time. (Photograph and caption source: Wikipedia on Moon landing)

The camera is installed outside the spaceship, on the Moon's surface. Who put the camera there?

The Neil Armstrong's "First step on the Moon" was filmed by a camera installed on the MESA (Modularized Equipment Stowage Assembly) at the side of the Apollo Lunar Module (LM) descent stage that Neil Armstrong had to pull a lanyard to unlock the pallet and make it drop open. A switch inside the LM, operated by Buzz Aldrin, then activated the TV camera which was installed there: 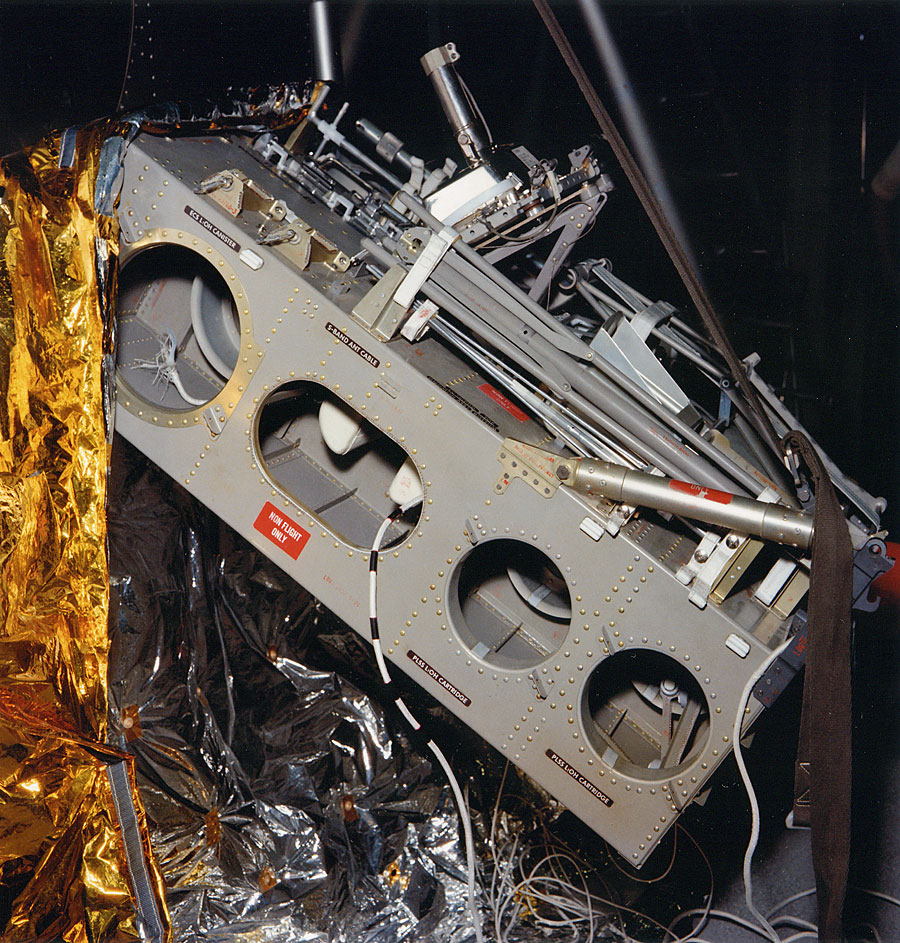 More information and photo galleries on Apollo TV are available on:

and of course in answers to the question on How did NASA achieve their live TV broadcast in 1969, here in our Space Exploration Q&A.

Not the answer you're looking for? Browse other questions tagged the-moon apollo-program camera myth-busting moonwalking or ask your own question.

16
Who owns the moon?
9
Where is the first Lunar soil sample currently located?
5
Why does Falcon 9 carry a camera on the first stage?
22
How was it possible for the Apollo 11 to film and take pictures with such radiation?
15
Who was the first person to touch the moon rocks?
8
Film emulsion on the moon-were the cameras heated?
9
Exit film of moon landing departure
20
How did NASA get the video camera on the Moon to track the LM ascent stage, considering the substantial delay?
7
How were Apollo spacesuits cooled during simulations/rehearsals on Earth?
3
What were the first words of the 12 astronauts who stepped on the moon?