Does deploying the parachute dehermetize Soyuz?

When watching the Year in Orbit documentary, one of cosmonauts points to the big bags stowed between/above the seats of Soyuz capsule, identifying them as the main and emergency parachutes. But they seem to be just in large cloth sacks, not isolated from the inside. Does that mean ejecting (deploying) them dehermetizes the capsule? Supposedly Soyuz blows the parachute cover at about 10km altitude, and the chute deploys at 7.5km where air is nearly too thin for breathing, and that would mean the astronauts are for a time only isolated from this harsh environment by their suits - and the thin layer of cloth of the parachute bag - never mind the rapid pressure drop! Or am I missing something?

I believe in the linked video, the speaker is indicating the payload bags that are attached to the parachute compartment.

The ЗСП System consists of three parachutes: the ВП Parachute, the ТП Parachute and the ОП Parachute. The ЗСП System ensures the СА Module landing in case of the ОСП System failure. The landing velocity with the ЗСП is 9.5 m/s. The system is located in a pressurized container inside the CA Module.

From the Soyuz Crew Operations Manual.

Here is the open parachute compartment of a landed Soyuz (at the top). The orange bag is, I believe, the backup (ЗСП) parachute. I am having trouble deciphering the Russ-lish of the Operations Manual, but I think it says that if the descent module is at an altitude of 6.5 - 5.5 km and the descent rate greater than 18 m/s, the backup chute is deployed. The worker in the beige hat is reaching into the crew hatch. 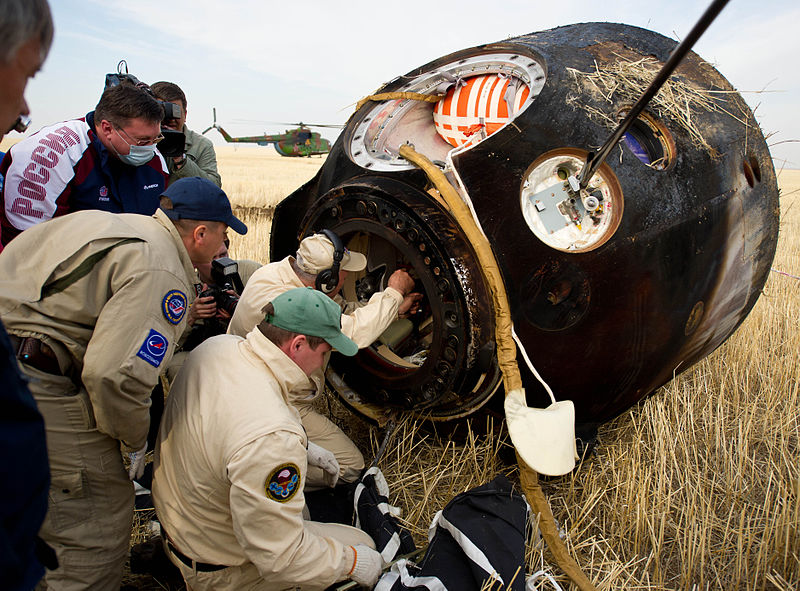 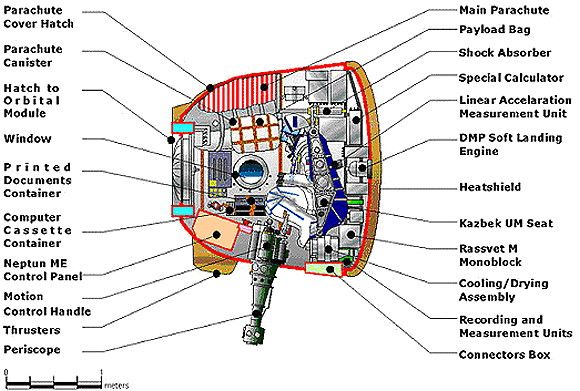