What colors were used in the Apollo Lunar Module interior, and why?

There are lots of publications and blog posts on the exterior colors of the Apollo Lunar Module (a function of material choices), but I've struggled to find any information on the interior colors and why those colors were chosen.

This is a modern-day photo of the inside of Lunar Module (LM) Serial Number 2. Serial number 1 was used in an unmanned Earth-orbit-only test flight (part of the Apollo 5 mission) and the second one (LM-2) was built for a follow-on test that was deemed unnecessary and never flown. 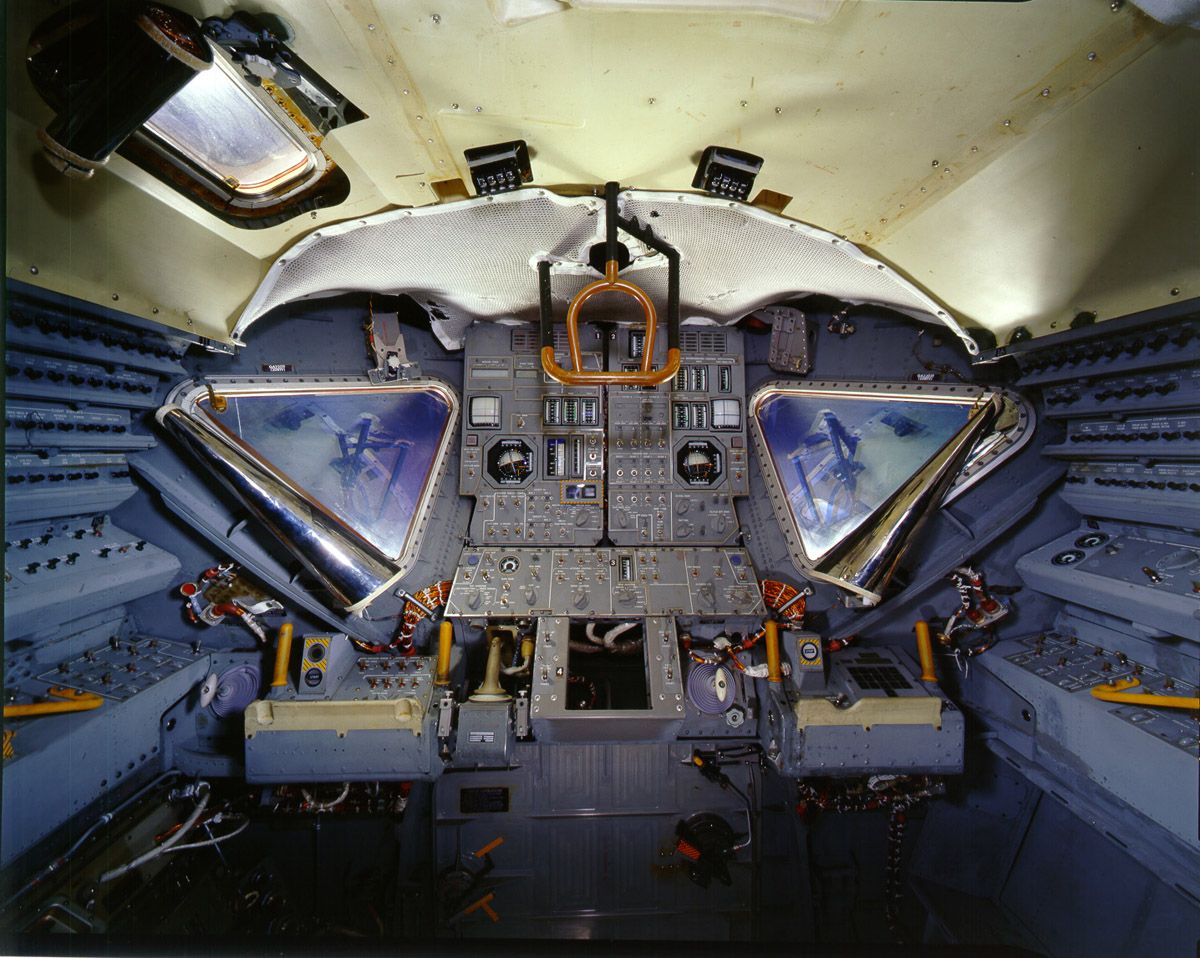 LM-2 was used for ground testing prior to the first successful Moon-landing mission and later converted for permanent display at the National Air & Space Museum in Washington D.C.

Note the missing Apollo Guidance Computer Display & Keyboard (DSKY) in the lower center console. I wonder what happened to it? Maybe it went to the Computer History Museum?

Colors were decided quite early in the design process by a committee, and were chosen to be consistent between the CM and LM:

October 28, 1963. - An LM-CM displays and controls commonality meeting was held at MSC to explore areas in which commonality might be achieved and to provide a plan of action. Areas discussed included principles of layout, switch and nomenclature conventions, and common specifications -- both functional and environmental. [...] Signal lights, colors, and extinguishment techniques were agreed upon.

Since the Mercury program, astronauts have had the most say in the design of spacecraft cabins. (They are the ones who have to live and work there.) It's therefore likely that there were astronauts on this committee. As all of the astronauts were pilots, they would probably have picked the aircraft colors that they were used to. And the LM contractor (Grumman) likely already had those colors on hand and happily obliged.

Specific colors are as follows:

After the apollo 1 fire, NASA overhauled the entire spacecraft to make sure No flammable or potentially for flame starting could occur. Since alot of the interior is aluminum a metal that can burn in certain conditions, NASA chose to paint the interior metal panels or substitute non-flammable fabrics onboard. So the colors were Gray, and whatever natural colors occured with the manufactured materials

Not the answer you're looking for? Browse other questions tagged apollo-program design lunar-landing lunar-module or ask your own question.

25
Was the Apollo 13 CM guidance computer fully shut down?
5
Was the lunar module computer in the ascent stage or the descent stage?
25
What spacecraft control is Margaret Hamilton pressing in this picture?
11
Was there fuel consumption budgeting for Apollo 11 Lunar module?
27
What were the problems on the Apollo 11 lunar module?
20
What is the current location of Link-built Apollo Mission Simulators?
28
Could the lunar module have moved to a different spot?
3
What other options to egress the Apollo Lunar Module were considered, given the height of the LM hatch above the ground?
1
Mass of the Apollo Lunar Module cabin pressure vessel?