MarCo, Polo? Any further news, or images, or transmissions from the MarCo deep space cubesats?

Edit: Two more months have gone by since I posted this question. Can there still be no news? Nothing for the two MarCo cubesats to take photos of; not even each other?

While InSight is still "under wraps" so to speak the MarCo's are free flying and fully operational and so should be able to use their attitude control, cameras, and direct links to Earth throughout the voyage to Mars.

The two MarCo cubesats are in heloicentric orbits, accompanying the InSight spacecrtaft to Mars. As InSight enters Mars' atmosphere and lands, the two cubesats will attempt to document the event and relay telemetry from InSight back to Earth using their pop-up flat-reflector antennas.

Radio signals from the cubesats, each of which is about the size of a briefcase, were received on Saturday afternoon, NASA officials said. [Launch Photos: See NASA's InSight Soar Toward Mars]

"Both MarCO-A and B say 'Polo!'" MarCO mission chief engineer Andy Klesh, of NASA's Jet Propulsion Laboratory in Pasadena, California, said in a statement. "It's a sign that the little sats are alive and well."

Since then I haven't heard much about the two MarCo spacecraft.

The Marco spacecraft are described in some detail in this answer, and it's cameras and one of it's images are discussed in Where is the camera on the MarCo cubesat that took this “pale blue dot” type of photo of the Earth and the Moon? and in the answers there as well.

below: "A 'selfie' taken by the InSight lander on its way to Mars shows components of the spacecraft." Credit: NASA/JPL-Caltech" From here. 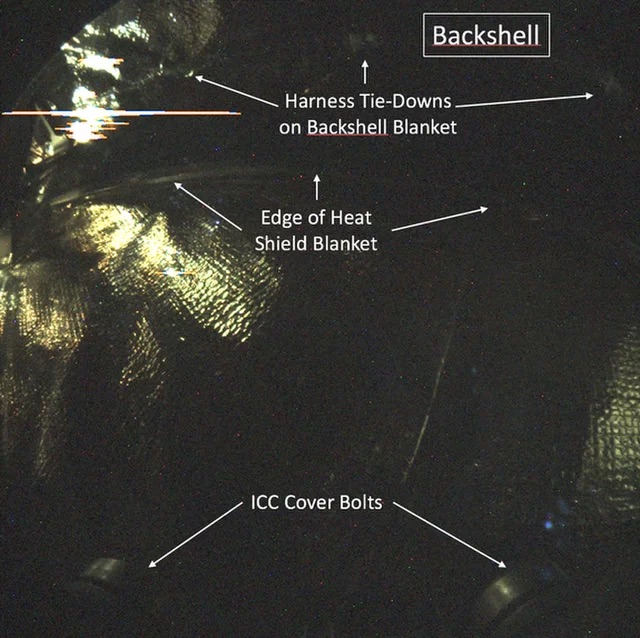 Just released yesterday, an image of Mars from MarCO B. 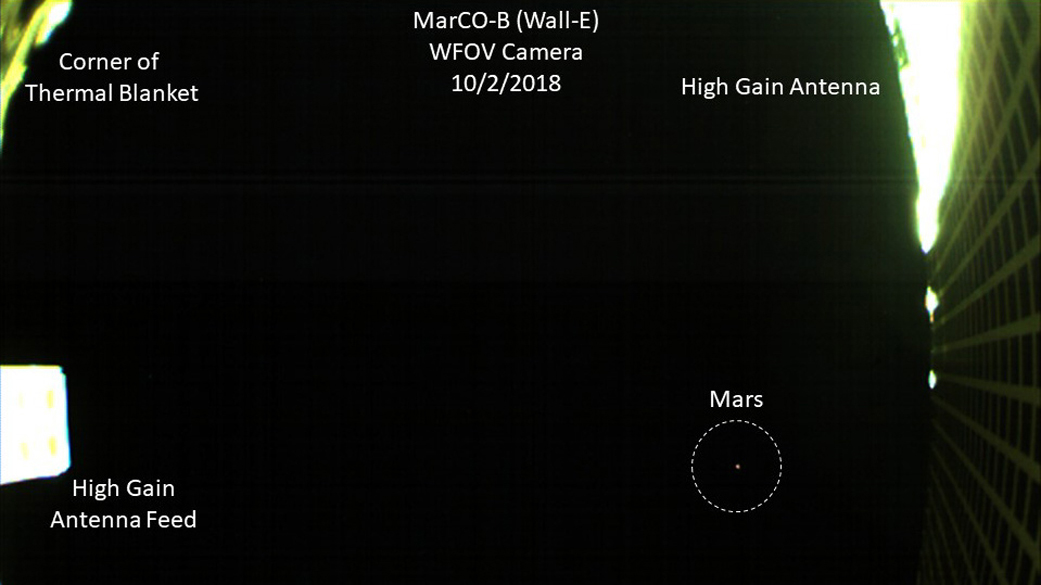 Not the answer you're looking for? Browse other questions tagged cubesat imaging data-transmission insight marco-cubesats or ask your own question.

4
Where is the camera on the MarCo cubesat that took this “pale blue dot” type of photo of the Earth and the Moon?
2
How can the two MarCO cubesats remain reliably close to InSight during their six month trip to Mars?
4
What will (or did) end of mission look like for the MarCo cubesats?

2
How can the two MarCO cubesats remain reliably close to InSight during their six month trip to Mars?
1
First interplanetary launch from California! How far from Earth will InSight be when it separates from the Centaur 2nd stage?
4
Where is the camera on the MarCo cubesat that took this “pale blue dot” type of photo of the Earth and the Moon?
2
Why will radioastronomy telescopes be used to listen to InSight's entry into Mars' atmosphere instead of DSN?
2
How will InSight's RISE antennas end up pointed in the right direction?
3
Why was MarCO-B CubeSats flying away after InSight landed?
4
What are InSight's barometric and seismic digitization rates and frequency responses when it “listens to the wind”?
0
Is the prompt relay of landing telemetry by the MarCo cubesats to Earth really a “first”?
2
Which Cubesat Cameras Actually Worked in Orbit before 2019?