What is the primary reason for SpaceX motion to have astronauts board Dragon before fueling up the rocket?

News piece: NASA supports SpaceX plan to fuel rockets with astronauts on board.

The move is criticized by many as unnecessarily dangerous.

From what I understand though, it shouldn't be necessary - Falcon 9 and Dragon 2 have enough payload capacity and delta-V to reach ISS with nominal payload, on non-supercooled oxygen. Dragon makes regular resupply runs to ISS with tons of payload, taking which would not be necessary on the manned missions. In fact most Dragon missions are volume limited and do not carry the maximum supported mass.

Are they trying to squeeze several extra kilograms of payload capacity out of the launch regardless? Are they going for 'tested and true' procedure of fueling up right before launch, resisting 'trying new things'? Or did they actually decide this is safer for the crew, to put them in a capsule equipped with LES when there's nothing that could explode yet, and wait through the entire procedure with a hand on the "abort" button, instead of risking the entire boarding procedure when the rocket is already fueled up and can explode? Something else yet?

The Merlin-1D engines are now tuned to use the super cooled fuel and oxidizer. Thus you would be running the engines in an out of normal state, if not using it the same as all other launches with warmer propellant.

It would imply different software to handle the different performance levels.

Last thing you want to do is run things differently, if you can avoid it. Especially when people are on board.

In addition to not wanting to change anything for crewed launches (as geoffc mentioned), adding crew to a fueled vehicle is a seriously dangerous move.

If you look at the AMOS-6 failure you'll see that the launch abort system probably would have saved any crew that was already on board. However, if the crew was actively being loaded, we would have lost not only the astronauts but also all of the pad crew as well - higher risk to more people.

What is the primary reason for SpaceX motion to have astronauts board Dragon before fueling up the rocket?

From what I understand though, it shouldn't be necessary - Falcon 9 and Dragon 2 have enough payload capacity and delta-V to reach ISS with nominal payload, on non-supercooled oxygen.

For better performance they are switching to supercooled fuel. To maintain its temperature it needs to be loaded as late as possible while preflight checking requires the crew to be aboard well before launch. Rather than risking loading them without a safe means of escape they are loading the crew prior to oxidizer fueling. If there is a problem it is easier to escape from the top of the rocket than to escape the elevator or crew access arm. Installation photos at: "Crew Access Arm Installed for Starliner Missions. 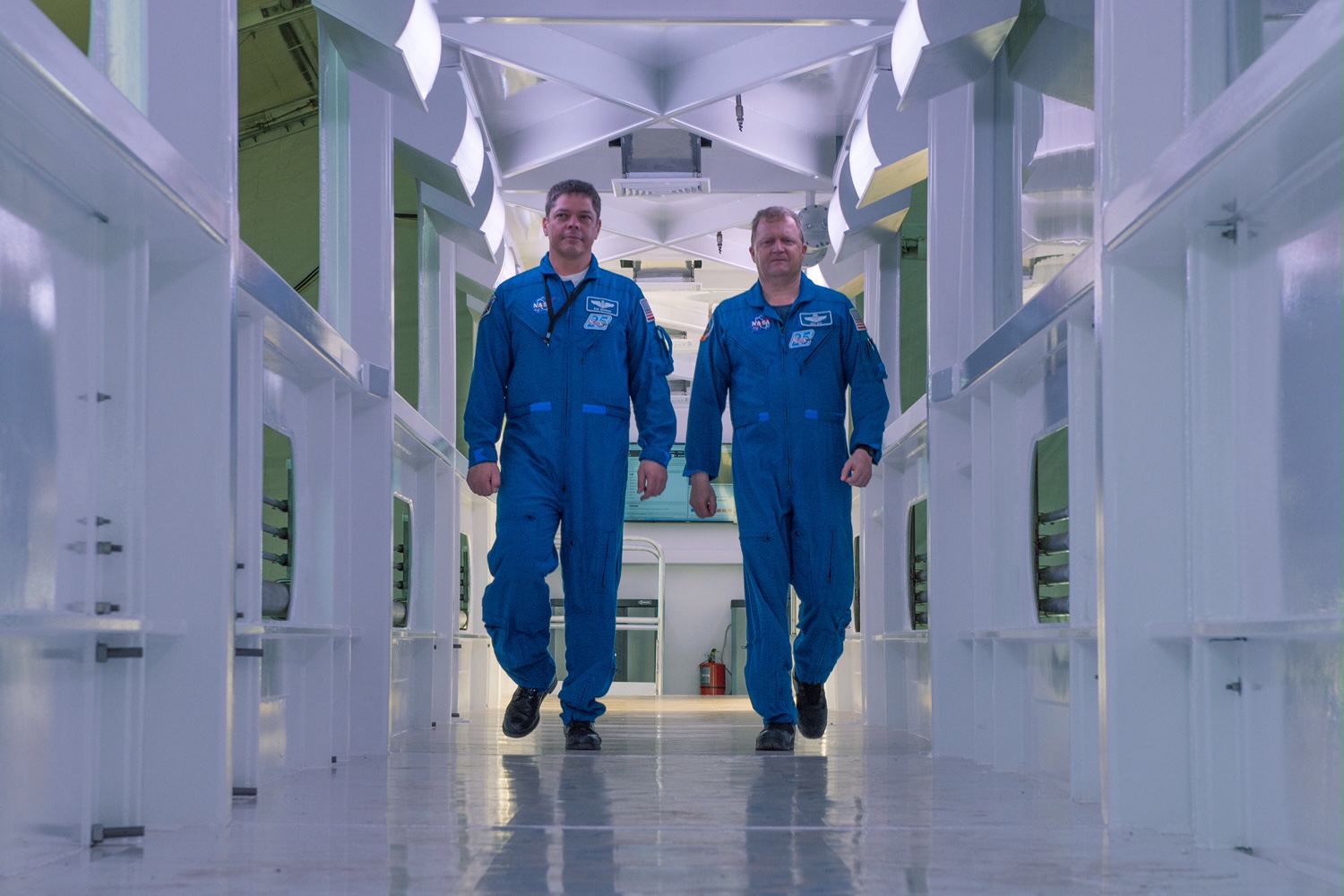 "The break in precedent is required because of changes to the Falcon 9. The upgraded version of the rocket, introduced less than two weeks after Stafford’s original letter, uses “supercooled” liquid oxygen that is denser and provides greater performance. Maintaining those low temperatures requires fueling the rocket much closer to the scheduled launch time than is the case for other vehicles, which means that, for crewed missions, astronauts would have to board the rocket prior to fueling rather than after it is complete.

We sincerely appreciated the briefing on the Commercial Crew Program from Kathy Lueders and Bill Jordan to our U.S. committee members. Thank you for making the briefing available to the committee. As is nornal when the committee begins reviewing a topic, the briefing raised about as many questions as it answered. I will not list all the topics we will continue to follow, but there is one major issue that I believe deserves your careful attention.

There is a unanimous, and strong, feeling by the committee that scheduling the crew to be on board the Dragon spacecraft prior to loading oxidizer into the rocket is contrary to booster safety criteria that has been in place for over 50 years, both in this country and internationally. Historically, neither the crew nor any other personnel have ever been allowed in or near the booster during fueling. Only after the booster is fully fueled and stabilized are the few essential people allowed near it.

Furthermore, in addition to the personnel risk, there is the risk of operating the engines outside their design input conditions. As an experienced "Prop" guy you know the problem here as well as anyone. Pump fed chemical engines require a sufficient and consistent input pressure to reduce the likelihood of cavitation or unsteady flow operations. We are concerned that there may be insufficient precooling of the tank and plumbing with the current planned oxidizer fill scenario, and without recirculatiOn there may be stratification of oxidizer temperature that will cause a variation in the input conditions to the oxidizer pump.

In summary, we are deeply concerned about introducing the practice of fueling with the crew onboard, and about the lack of even a recirculation pump for oxidizer conditioning on Falcon 9.

7
Why does SpaceX not use the Crew Dragon for CRS missions to test it?
7
What plan does SpaceX have for planetary protection?
5
Should SpaceX have 2 versions of the Falcon 9 rocket (cargo-only and human-only)?
13
Why do they make the astronauts sit in Crew Demo-2 for so long before launch?
29
Why do Crew Dragon astronauts need to climb up one level using the stairs before ingress?
6
What was the Crew Dragon reentry mass for the mission that landed August 2, 2020?
7
Does the Crew Dragon still have the launch abort fuel on board at landing?
36
What are these shiny wrist plates worn by astronauts in the SpaceX crew capsule
14
What is the heat shield refurbishment procedure for a crew Dragon capsule?