Satellite launched, but in storage?

According to https://en.wikipedia.org/wiki/List_of_TDRS_satellites TDRS-C and TDRS-E were launched, but are "in storage". The citation (https://www.nasa.gov/directorates/heo/scan/services/networks/txt_tdrs_fleet.html) redirects to a page which doesn't mention what that means.

While I understand that an orbiting satellite can be a "spare" in case the main satellite malfunctions, how can a satellite be both launched and in storage at the same time?

Look at the very page you're linking in your question:

TSRS-C is retired. When they quit using it they boosted it 300 miles farther out so it wouldn't be a navigation hazard to other synchronous satellites. It's called a storage orbit, hence the satellite is in storage.

Storage just means that they're launched and still in geosynchronous orbit but not actively used.

You can see the status of the Tracking and Data Relay Satellite (TDRS) Fleet on this NASA graphic: 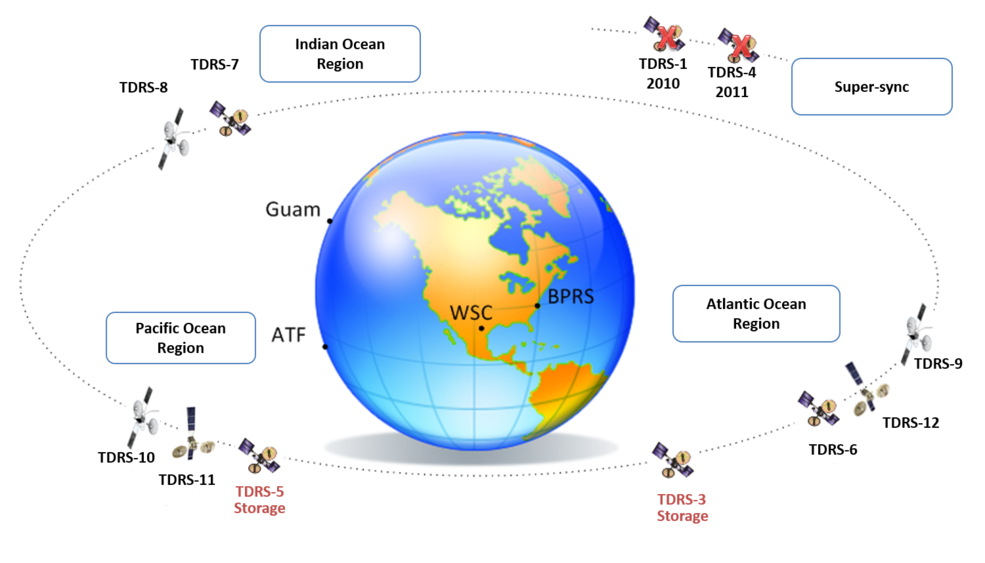 Of the eleven TDRS satellites successfully launched into space, nine are still functioning and two (TDRS-1 and TDRS-4) are not. The two non-functional satellites were boosted into a super-sync orbit. Two of the nine functioning satellites (TDRS-3 and TDRS-5) are in storage.

It's then not much of a leap to conclude that these two functional satellites in geosynchronous orbit are not currently being used, but are available to be taken out of "storage" and put into service if necessary.

6
Why is taking a picture of the moon surface from earth possible but taking one of an artificial satellite is difficult?
8
Could a spy satellite image another satellite?
11
Did Echo 2 remain spherical without requiring gas pressure? If so, how is this known to be true?
0
Can satellites launched from space run only on electricity?
9
Commercial satellite retrieval - possible?
2
Number of satellites launched per year?