Does the leak/fix have any consequences on using the Soyuz for returning to Earth?
Would the fix hold the stress caused by re-entry?

The leak is in the Orbital Module (OM), which is jettisoned prior to re-entry, so there is no concern there.

Source: link in the question. 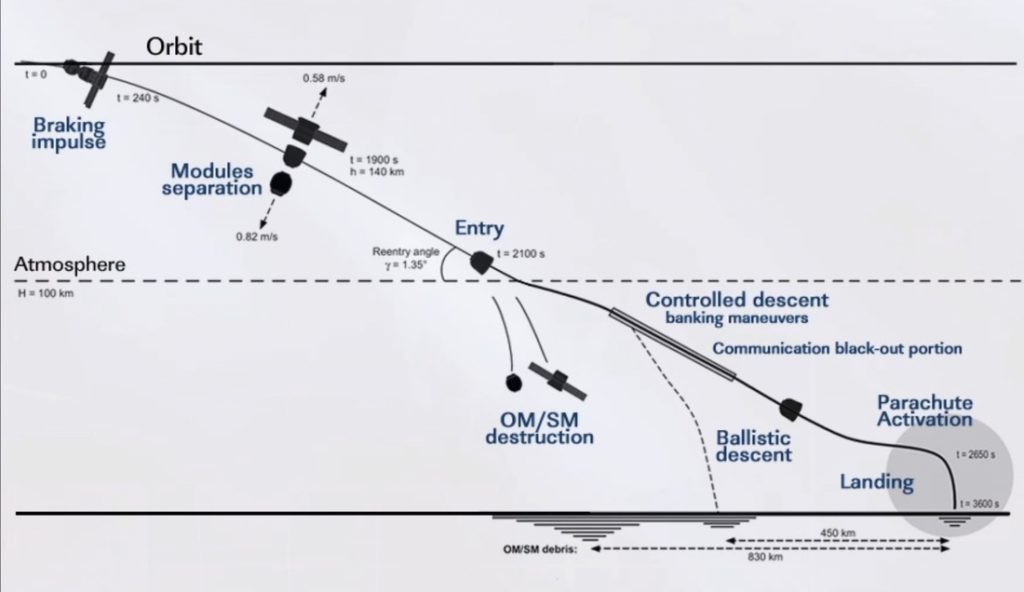 There is no concern about the safety of re-entry because the leak was in Orbital Module that is jettisoned before atmosphere reached. Crew is located in Reentry Module.

But if the leak could not be sealed it would be a huge problem for the Soyuz and ISS. According to this ISS was losing its air

of around 0.6 millimeters of mercury (0.8 millibars) per hour

so the whole ISS would be depressurised in several weeks. So if the leak could not be sealed the most probable outcome would be aborting Soyuz MS-09 mission and returning its crew of 3 to Earth as soon as possible (but not immediately - it would need to wait until orbit alignment allows return to nominal landing site in Kazakhstan).

ISS mission managers are very cautious about safety, so any alternatives would be considered as too danerous, I think. I see the alternative as to close hermetically both hatches of the Soyuz and let the Orbital Module to depressurize without impact on mission. After mission ending the Orbital Module would be repressurised again and the crew returns to Earth. Most probably it would work but there are some minor chances that something goes wrong - for example the crew can't open sealed Soyuz hatches, or the leak hole widening (if it's technical defect and not a meteoroid impact).

For the return to Earth the leak at actual rate would not be dangerous. The only difference would be the crew sitting in Return Module and sealed from Orbital Module immediately after depart from ISS. It's usually needed 3-6 hours from ISS depart to landing of Soyuz.

If the leak was in Reentry Module it would be some more problematic, but maybe manageable. Soyuz crew wears Sokol launch and reenry suits that protect them from depressurization. The hole could be concern for reentry if it would contact with hot plasma (remember Columbia disaster). So it depends on position of the hole. If it is on the upper part of Reentry Module it would not contact the plasma at normal reentry (it would lead to early separation of Reentry Module to avoid ballistic reentry scenario where Souyz re-enters atmosphere top-first).

The other answers do an excellent job, but since I happened to have just viewed this (currently) six year old NASA Johnson video Inside the Russian Soyuz Spacecraft I thought I would include a visual explanation.

Here are some screen shots and a brief transcription of some of the information explained by NASA astronaut "Mike Fincke, a veteran of the Soyuz and Shuttle..."

It sounds like the separation doesn't happen until just before reentry, so while the forces, vibrations, heat loads etc. from reentry doesn't matter, you would need the hole to stay plugged until that time, and while it might be only a few hours, there is a possibility that you would like the option to delay reentry if some unforeseen circumstance arose.

Right above it we have the habitation module; when we get into space we need a little bit more room so we’re not cramped in that “little can” […] Now just before landing, all three of these modules separate, and only the part in the middle, where we’re sitting, is the one that comes back home. 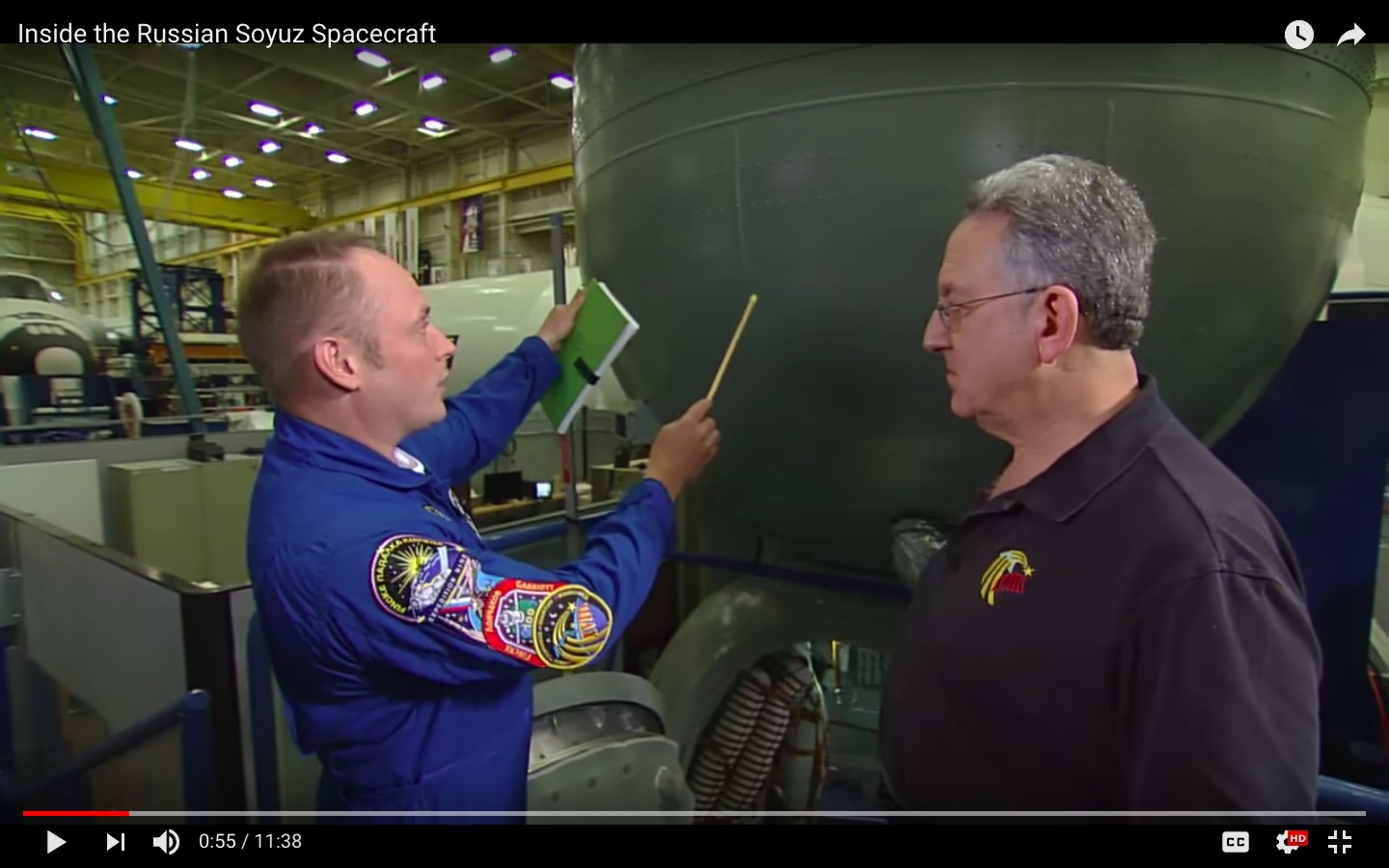 We’re all in our space suits again, we make sure that this hatch especially, the one between the living/habitation module and the crew module here is very fully sealed, because all of a sudden that one is going to be the hatch to the outside because our three compartments break apart. 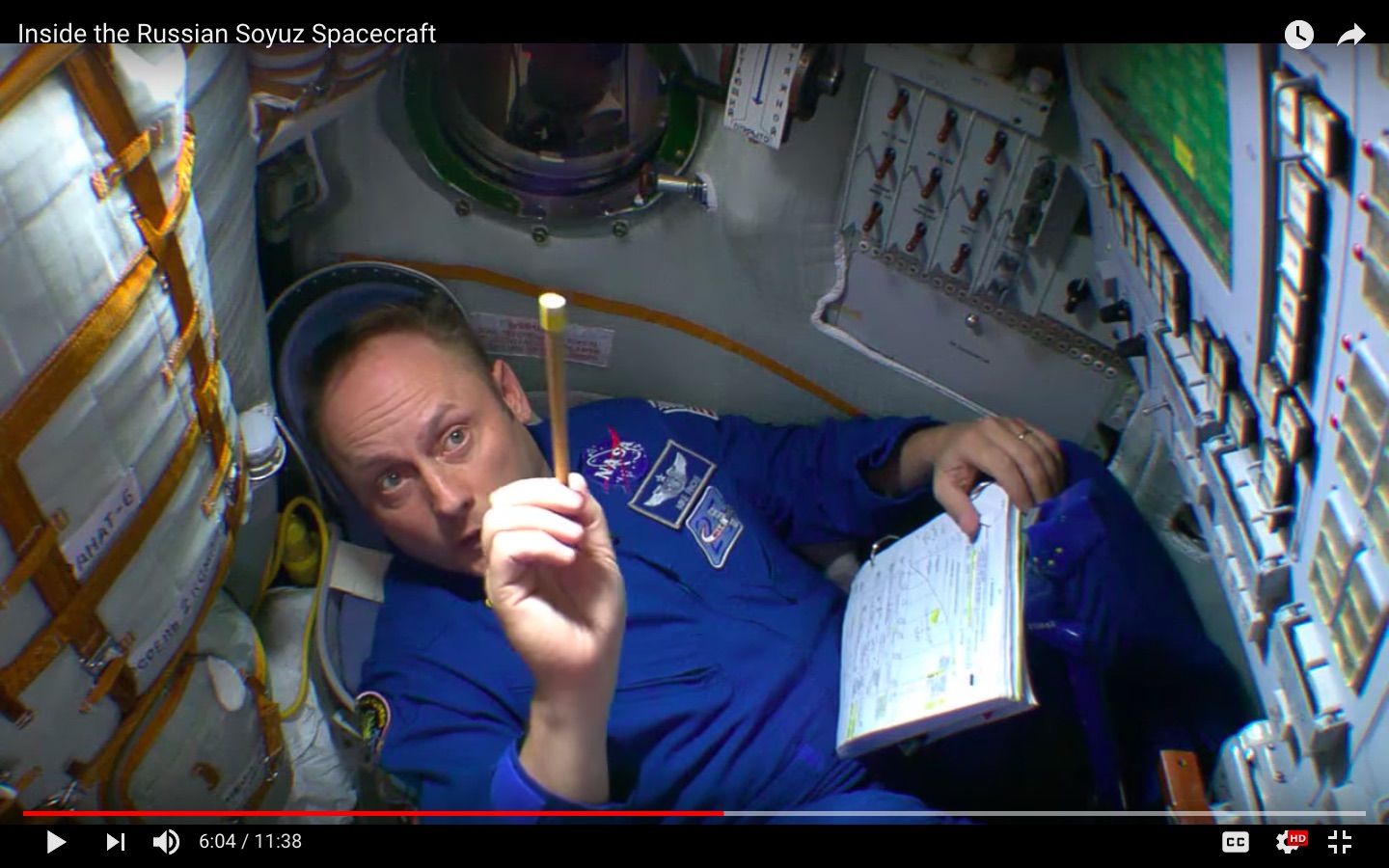 Not the answer you're looking for? Browse other questions tagged iss soyuz-spacecraft safety or ask your own question.

18
Does the Soyuz spacecraft use chemically stabilized hydrogen peroxide (H₂O₂) to remain ISS-dockable for 200+ days?
3
Minimum Crew of Soyuz TMA-M
4
Potential catastrophic death on the ISS from mistakes

14
How is the periscope port on Soyuz spacecraft secured for the atmospheric reentry?
15
How fast can the crew evacuate the ISS? (ACRV)
6
Emergency plan for Soyuz missions
12
Is the location and time of a scheduled re-entry (e.g. Soyuz) announced in advance?
17
Was Alexander Gerst the first man to have bare skin exposed to the vacuum of space and live?
18
Does the Soyuz spacecraft use chemically stabilized hydrogen peroxide (H₂O₂) to remain ISS-dockable for 200+ days?
3
Where is the hole now? (ISS/Soyuz spacecraft hole)
18
Tea bags to find the leak on the International Space Station?