Assuming 4 stationary probes equipped with seismometers similar to InSight, how far apart should they be placed to optimize studying the deep interior of Mars?

Is it necessary for them to be spaced equidistant across the globe or can a more clustered network within the same landing ellipse (presume no greater than 50 km wide) suffice?

The goal would be to discern Mars' overall structure such as core size, magma activity, and if there are any unexpected layers Earth lacks due to a different internal composition.

4-station seismology network nodes should be far (1000s km) from each other.

In order to fully reach the science goals described above, seismic investigations would require a network of at least four stations: three with a spacing of approximately 3,000 km (i.e., 50°) and an antipodal station capable of detecting seismic waves traveling though the core from an event simultaneously detected by the others. Such a network might locate, through travel-time analysis, more than 80 quakes per (Earth) year and would be robust to unexpected high mantle attenuation or low seismic activity. With four or more landers, fine details of the internal structure, such as the dichotomy or other large unit differences, mantle discontinuities, and anisotropy, might also be characterized.

A two-station network is considered the minimum network size to address the baseline science of MGN. Determination of the internal structure is also possible with fewer stations under certain assumptions, if they are provided with the highest quality instruments. With data from two seismic stations, true seismic events should be readily distinguishable from local noise, and approximate locations of events could be determined using reasonable assumptions. If both are located near a seismically active region (e.g., Tharsis), they should be able to detect sufficient shallow quakes, in addition to meteorite impacts, to model the upper mantle beneath the two landers. Two stations allow the velocity dispersion analysis of surface waves from larger quakes. Atmospherically generated seismic “noise” could also provide mean phase velocities of surface waves (and thus crustal and upper mantle structure) using the crosscorrelation techniques [24]. In addition, the data from each station could be analyzed using advanced single-station seismic techniques, such as receiver function analysis, solid tide measurements, and possibly normal modes. 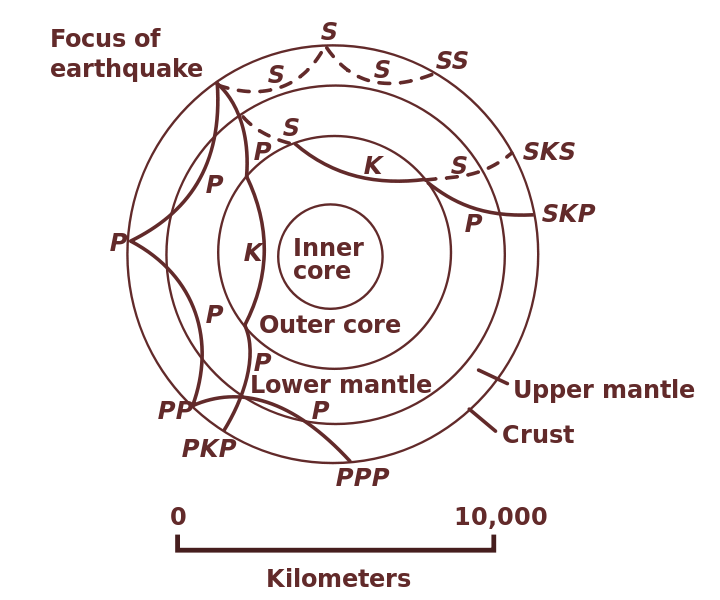 With single station you need some model-based assumptions about velocities of different types of waves in different layers of Mars. The assumptions can be not-so-good. Several-points network allows to cross-check these models and deduce wich is best.

The uncertainties can be resolved by satellite imagery data, for example MRO imagery can find locations of new meteorite impacts and landslides that could cause seismic events. But really only small amount of them can be found, and without exact time of the event.

I suppose single-seismometer data can be used for seismic model refinement if it have enough statistics (many seismic events).

From this develompent report of SEIS instrument

Traditional seismic analysis has been based largely on arrival times of body waves acquired by a widely distributed network of stations. However, over the past few decades a wide variety of analysis techniques have been developed for extracting information about the properties of the Earth’s interior and about seismic events themselves using the data acquired from a single seismometer. The collection of a high-quality broad-band seismic data set for Mars will provide an invaluable resource for the seismological community to apply various current and future techniques to learn more about Mars. Among the science goals which can be achieved by a single VBB seismometer will be determination of core size through measurement of the amplitude of the solid tide induced by Phobos, determination of the seismicity by the monitoring body waves, a priori location of epicenters with P-S and azimuth determination, identification of internal discontinuities by analysis of seismic secondary phases, determination of the crustal thickness below the landing site by the receiver function analysis method, and, if large quakes are detected or if a low seismic noise threshold is achieved, determination of the upper mantle structure by normal modes, surface waves and noise analysis.

Not the answer you're looking for? Browse other questions tagged mars mission-design seismology or ask your own question.

8
Why are Martian rovers still looking for water?
13
Is it possible to "map" the Interplanetary Transport Network?
4
Is unpurified martian ice/water safe for irrigation?
5
Transparent radiation shielding for martian surface bases
4
Electric motor design for Martian environment
4
What are InSight's barometric and seismic digitization rates and frequency responses when it "listens to the wind"?
1
What is VBB recentering (InSight lander's Very Broad Band seismic pendulums)?
5
How many times were things crashed into the Moon "for science" (seismic events)?
3
Plot of the thermally-induced tilt in Martian surface during solar eclipse by Phobos? (slope of 1 atom per meter?)