Could the weight of a launch tower or some of a space elevator be mitigated balloons?

Similar to the children's air inflated jump houses could a tower be inflated with hydrogen/helium with different material to offset the weight needed to run a high voltage power line or rail that would also serve as the tether line?

The tower would only carry electricity the vehicle would provide thrust by electric turbine engine or other electric propelling technology.

Location: The most wind calm place on Earth though all the wind columns to minimize wind tension.

Repair: Service tubes can be filled with a helium/oxygen mixture to optimize air weight for repair from with in the superstructure. Chambers are pressured to be buoyant to the elevation of each chamber. A separate internal bladder would lift the structure. During high winds it would just lean over and/or retract.

A space elevator has to be at least 36,000 km long, and many designs are twice that or more because it's easier to extend the cable from the geostationary starting point in two directions at once.

Compared to a cable 36,000 km long, the 50 km you could theoretically reach with the largest balloons ever built is not worth the extra effort.

And it gets worse. The cable is in tension: at 50 km, the cable pulls upwards, not towards the ground. So there's no need for extra lift at that altitude.

So there is no benefit to using balloons for a space elevator.

Not finding any helpful math at the moment for sail area vs lifting capacity but the fact that a 1000kg lift capacity balloon needs needs more than 1000kg to anchor it in anything but the lightest of winds would suggest this is a problem. Though a tethered balloon might be part of a space elevator assembly project where the weather is carefully chosen for the flight/s.

Also note that one thing the orbital structure at the top end of an elevator does not want is to be whipped around by wind forces at the bottom end of the structure propagating up.

One data pointis that the global helium production is around 175 million cubic meters and each cubic meter lifts around 1kg at sea level, which places a pretty hard upper limit on helium lifted mega projects.

Could first half of the space elevator weight be mitigated balloons?

When most people here say "space elevator," they are not talking about a tower that would need a strong foundation or strong columns or balloons or anything else to support its weight. They are talking about a big rock that would be tethered to the Earth by a long cord, and it would have a strong anchor drilled deep into the Earth to hold it down---to keep it from being flung away into the Solar System.

A space elevator would not be built up from the Earth. It would be built down from orbit.

It also would need to be somewhat longer than what you show in your pictures. Not 53 km, but as @Hobbes said, more than 36,000 km.

Jumping off at, say 400km (around the height of the international space station), you would immediately fall almost straight to the ground. You could haul a spacecraft up to that level, and launch it from there, but you still would need a pretty big rocket to put the spacecraft into Earth orbit because the cable, at that altitude, would only be moving at a tiny fraction of orbital velocity.

I found this on wiki and in a comment on another question on SE but this tower is inflatable with modifications I believe another 40 km added would not be to farfetched. All inflatable structures. 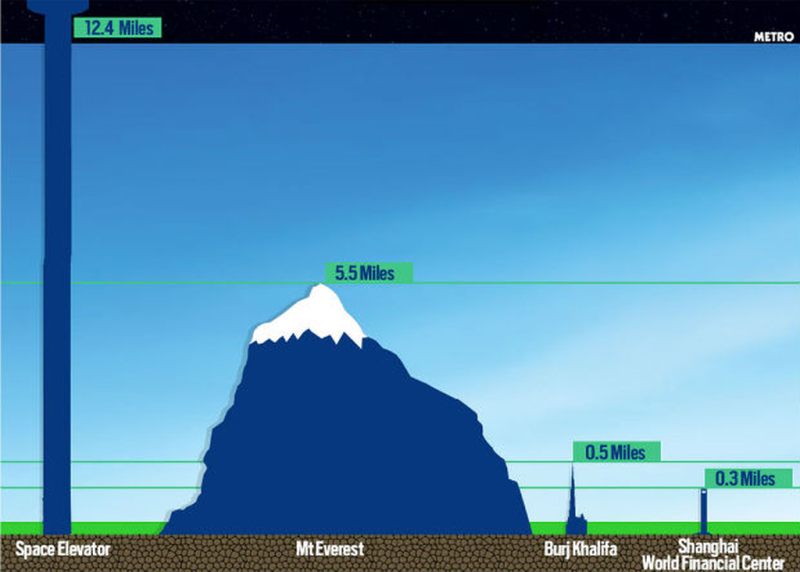 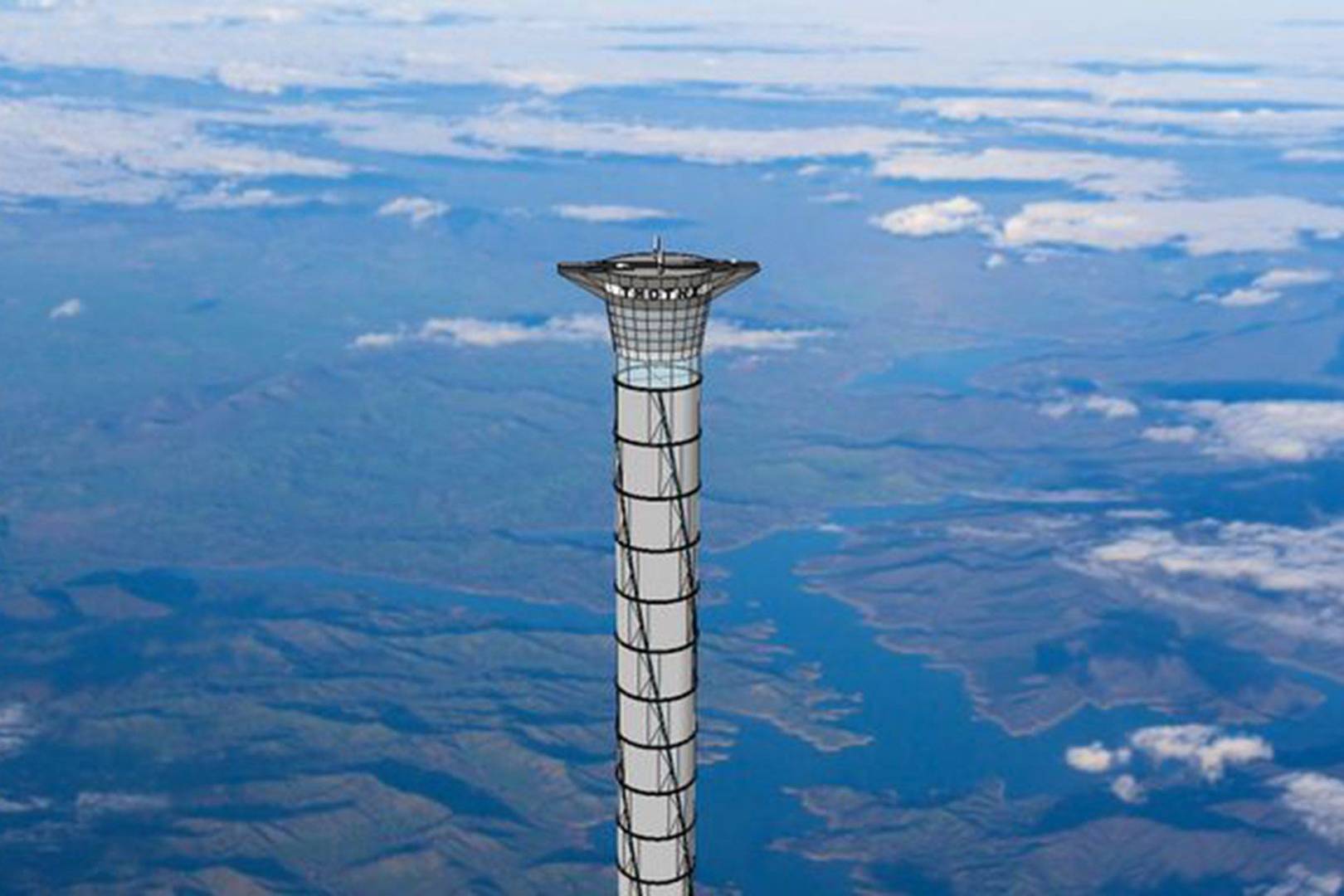 Bladder at 53km trees not included. A hole could be placed in the center.

Not the answer you're looking for? Browse other questions tagged launch-site materials physics technology space-elevator or ask your own question.

12
Is there an alternative to nuclear reactors for high-power spacecraft?
3
Lessons Learned - What can space power system design teach Antarctic remote sensing systems
66
Why is using a space elevator cheaper than rocket power?
1
Could a spacecraft be propelled by a 180 degree deflection of two charged particle beams?
2
Understanding line of sight between two satellite with oblate Earth using "scaling k-component"
3
What refractory material is used to line booster rockets?
3
Is it possible to create an overridable inflatable airlock seal?