Better source for the 1967 photograph of Surveyor-1 by Lunar Orbiter-3?

In 1969 Apollo-12 Lunar Module pilot Alan L. Bean photographed Apollo 12 Commander Charles "Pete" Conrad Jr. standing next to Surveyor-3 because despite all of NASA's technological innovation that had led to the moon landings and the exploration of space, the astronaut selfie-stick had yet to be invented (and perhaps hasn't still?)

But it seems that Surveyor-1 was photographed from space by a selfie drone Lunar Orbiter 3. This interesting answer about the orbiter's "space darkroom" where it robotically developed photographic film while in orbit around the Moon, scanned the negatives, and then beamed back what are essentially "space faxes" to Earth links to the lengthy review paper Lunar Photography: Techniques and Results by JPL’s Raymond Heacock published in 1968. Clicking "print this article" generates a viewable on-line pdf.

The paper is really worth a good read, it's full of interesting information.

One item caught my attention in particular. In sect. 8.C of the paper on page 256 it says:

Unfortunately the reproduction of the paper in the linked pdf is a low tech 1-bit or half-tone reproduction, so I can't really see what's happening.

Question: Is there a better source for this historic image? 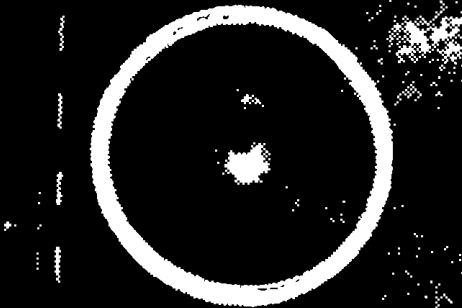 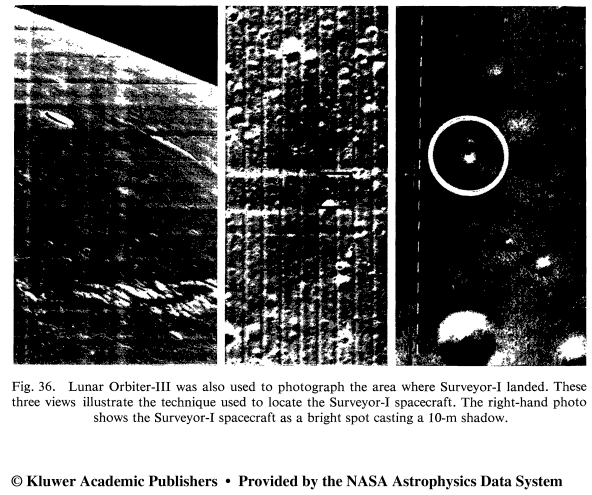 It doesn't look like exactly the same picture but the LOIRP released a picture of Surveyor 1 taken from Lunar Orbiter 3. 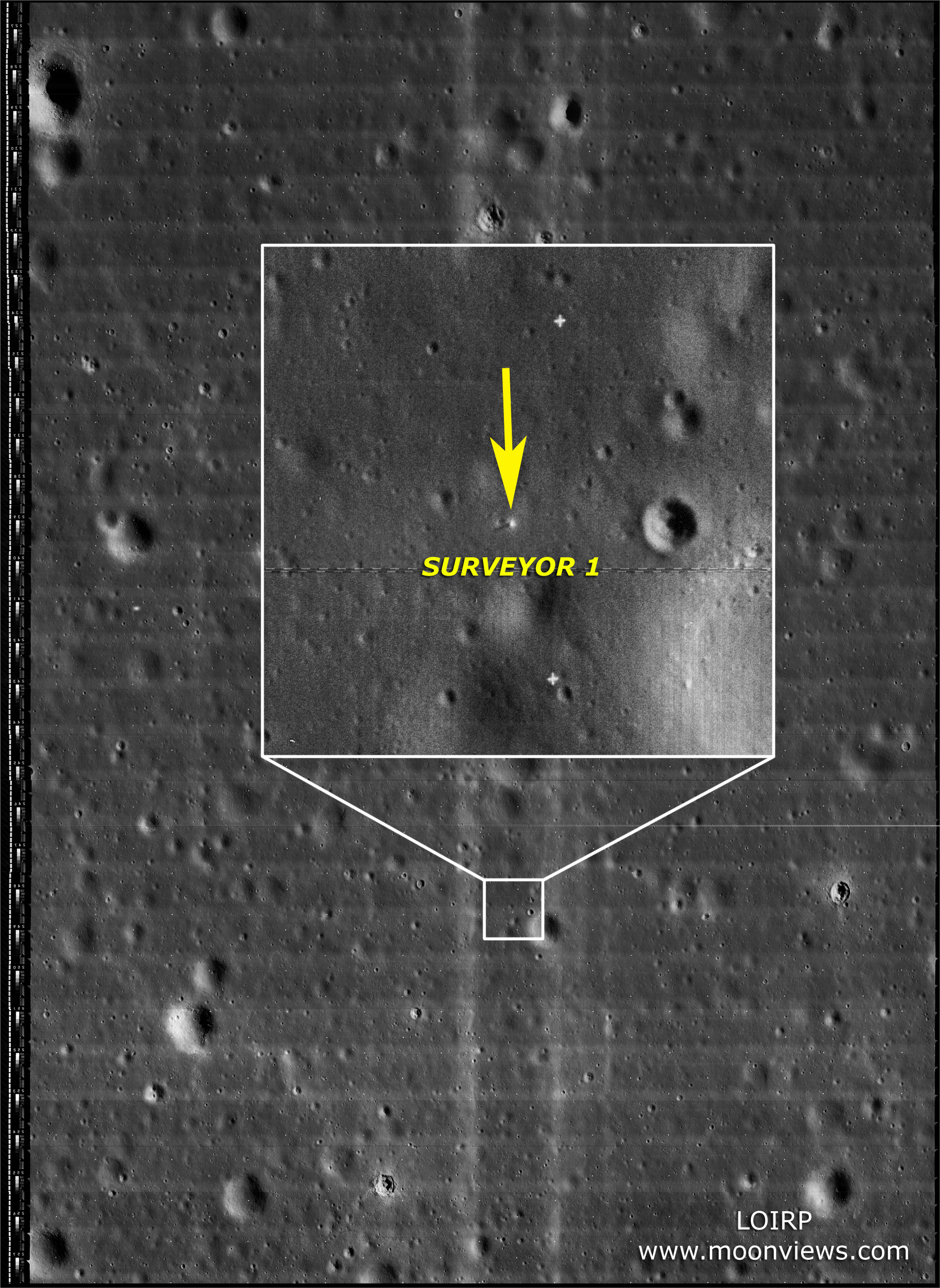 It may just be rotated 90 degrees from the picture in the question based on that bright half illuminated crater.

Edit: Thanks to uhoh for producing a scaled, rotated comparison image. 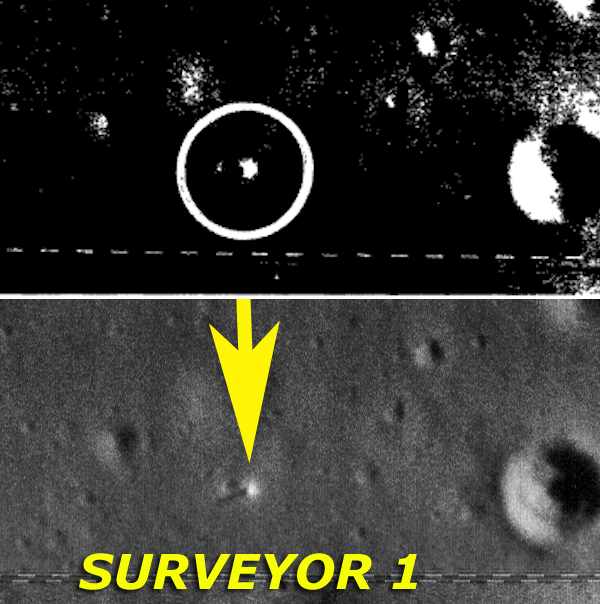 Not the answer you're looking for? Browse other questions tagged history imaging lunar-orbit lunar-orbiter-program or ask your own question.

19
How did Apollo-12 manage to land next to Surveyor-3? First “Space-Tourists”?
5
How to develop a photographic film in lunar orbit?

2
Mapping the moon: how to use the Lunar Reconnaissance Orbiter (LRO) image data?
3
Which mission delivered the first ever complete photograph of the Earth?
4
How would the Apollo telescope have worked in the Apollo command module? Where would it be located and how would it be operated?
10
Source for Shuttle SRB segment history diagrams
0
What are the “Boeing Lunar Orbiter spacecraft” from the 1960s? Why is “Boeing” in the name?
2
How would one calculate the Lunar liftoff thrust required for a spacecraft?
8
What's the record for the fastest trip to the Moon?
4
Did any lander or rover photograph the sun rising or setting during a Martian dust storm?