How does this antenna work, with both a feed horn and hyperbolic secondary in front of the dish?

A new measuring point will be built on Sakhalin for the Vostochny cosmodrome https://www.roscosmos.ru/25478/

I noticed that in front of the dish there is both a convex secondary mirror (currently tilted away from the axis and presumably unused at the moment) and some microwave feed horns.

What puzzles me is that the distances between these two items and the dish don't make sense. The secondary looks to be roughly 10% of the diameter of the primary, which means that to intercept the beam nicely, the focus of the primary should be about 10% farther behind where the secondary would be if the feed horns were removed and the secondary swiveled into place (I believe I see a hinge there).

However, the feed horns seem to be far in front of that point — far too close to intercept a signal focused by the primary, that's the reason why the secondary is as large as it is.

Does the stage holding both the secondary and the horns translate axially to bring them to to the focus? How does this work?

See answers to How does this strangely-shaped horn at Honeysuckle Creek Tracking Station work? for more on hyperbolic secondary mirror placement in dish antennas. 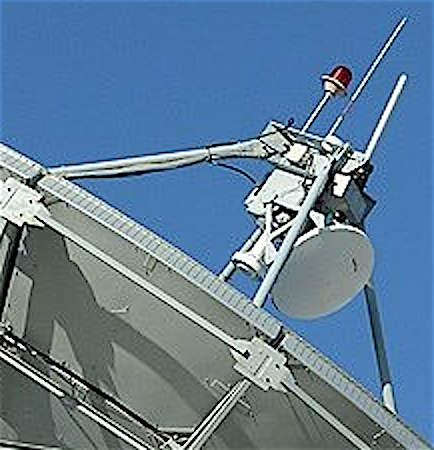 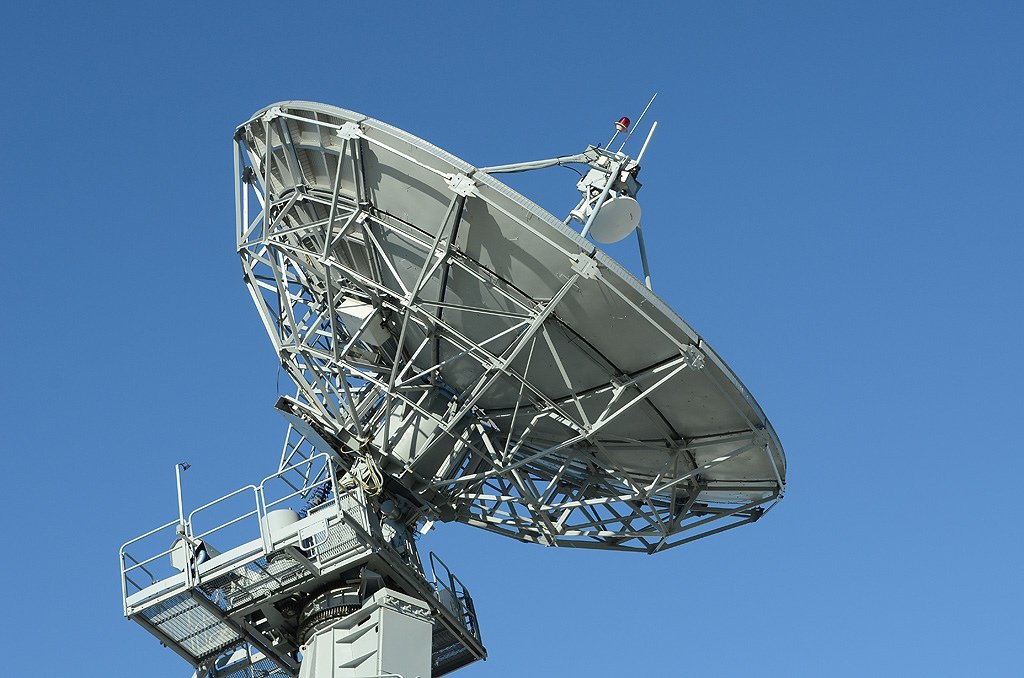 below: From figure 6.4 on page 49 of Practical Conic Sections: The Geometrical Properties of Ellipses, Parabolas and Hyperbolas by J. W. Downs, Dover. 1993 also used in this answer 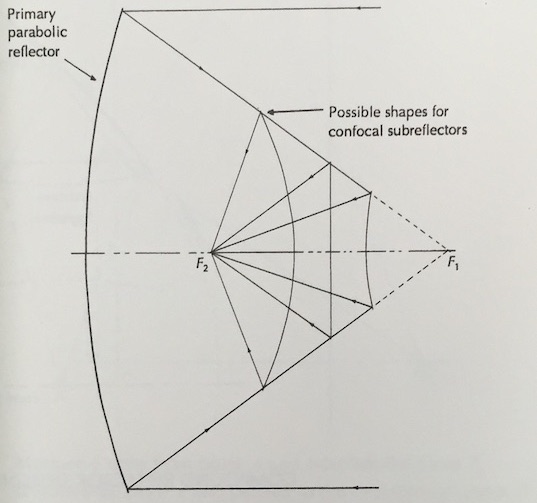 It can be a replaceable feed for two ranges/bands. A horn (feed antenna) and a sub-reflector which are mechanically changed at dish's focus. 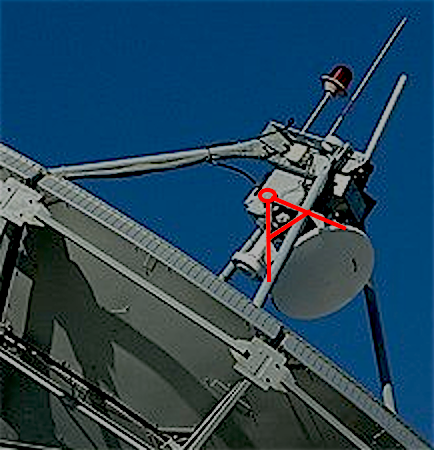 Not the answer you're looking for? Browse other questions tagged radio-communication antenna roscosmos telemetry or ask your own question.

3
How does this strangely-shaped horn at Honeysuckle Creek Tracking Station work?
2
What is the name of this space museum in Russian and does it have a website and/or virtual tour site?

11
Why doesn't thermal radio emission from a DSN "hot dish" completely swamp the benefits of a cold LNA?
3
Why are there so many waveguide feeds (?) near the focus of Cassini's dish antenna?
3
How does this strangely-shaped horn at Honeysuckle Creek Tracking Station work?
4
How does SpaceX Falcon Heavy Starman live feed transmitter work?
2
Function and nature of the RHC/LCH pair of cables to New Horizons's dish antenna secondary mirror?
2
How does this fast-slewing SpaceX rocket-tracking dish track a moving spacecraft?
10
How does the pattern on the MarCo cubesat's antenna boost data-transmission?
5
Help understanding how these components of a Honeysuckle Creek dish antenna work
3
How does this large, flat antenna made from overlapping circles at Australia's Carnarvon Space Tracking Center work?